Skip to content
Become a member and get exclusive access to articles, live sessions and more!
Start Your Free Trial
Home > Features > Bobo Stenson: Thoughts too Deep for Tears 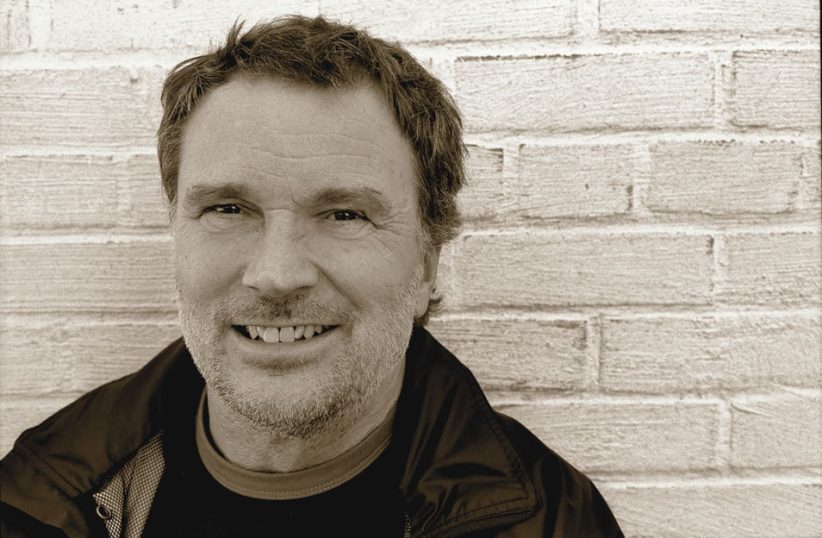 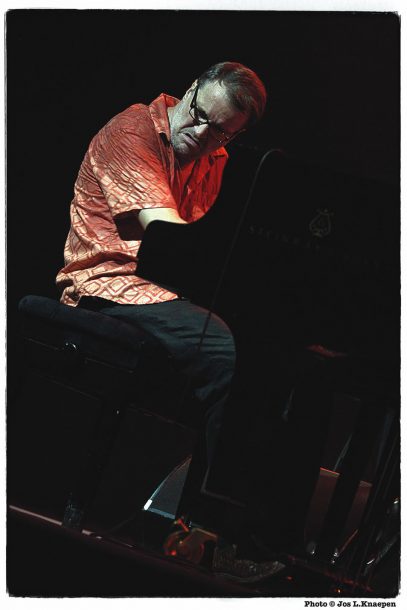 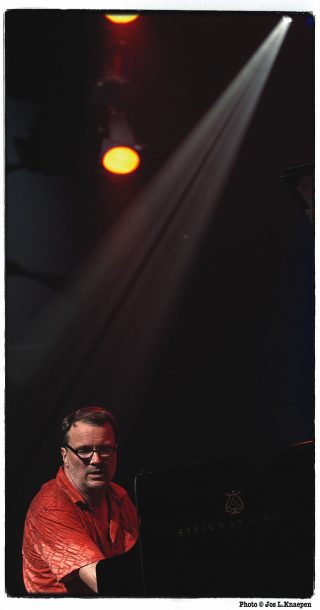 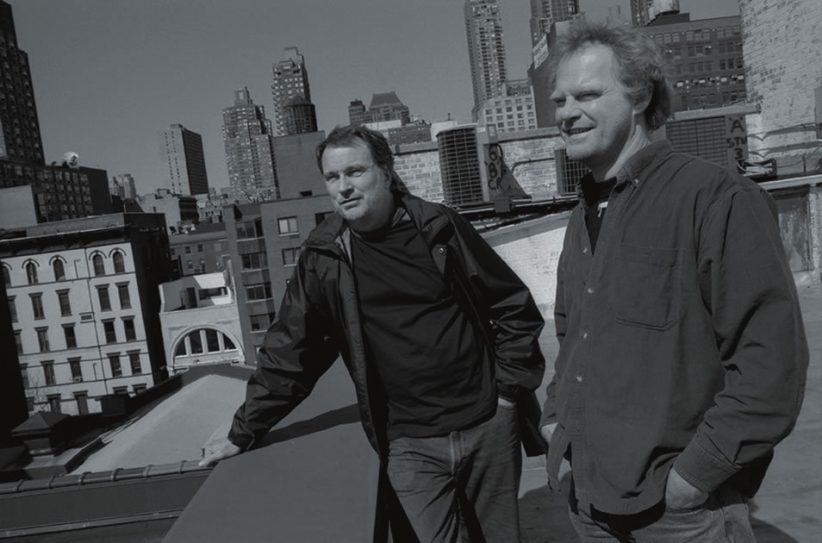 Back in the early ’90s, when Charles Lloyd had begun his comeback into active music after a self-imposed absence of 20 years, he gave frequent interviews to curious jazz journalists. At some point, when the conversation turned to one of his recent concerts or albums, Lloyd would ask suspiciously, “Have you checked out Bobo yet?” He liked to test writers, and if his current piano player, Bobo Stenson, had not blown you away then Lloyd lost confidence in you on the spot.

Some American journalists remembered Stenson from a quartet he co-led with Jan Garbarek in the early ’70s. But whether they knew the name or not, when they heard Stenson with Lloyd most asked themselves the question that so many Americans journalists ask when they encounter a world-class European jazz musician: “Who is this guy? Where did he come from? How did he get this good?”

Bobo Stenson was born in 1944 in Sweden’s sixth largest city, Vasteras (pop. 130,000), 75 miles west of Stockholm. He is a reserved man (a trait especially evident when he speaks English, a language in which he is fluent but cautious), but Stenson becomes passionate when he talks about his piano teacher, Werner Wolf Glaser. “I studied with him in Vasteras for 15 years, starting when I was eight. He was a great man. You should be writing an article about him, really. He was Jewish, from Koln, in Germany. In the ’30s he had to flee the little man with the mustache–first to Paris, then Copenhagen. He came to Sweden with his family in a rowboat. When I went to his house for my lesson, it was like going into another world. His wife painted porcelain. There were books everywhere. His old mother would be sitting in a corner.”

Glaser, 96, is a composer who studied with Hindemuth. He gave Stenson a classical piano education, but when his student got interested in jazz, Glaser, who had played some jazz in his youth in Germany, encouraged him. Stenson found jazz on American records (“You had to look them up; they didn’t come to you”), and he also benefited from the long tradition of American jazz musicians traveling to Scandinavia. They even came to Vasteras. The first American band he saw in person was J.J. Johnson with Bobby Jaspar, Tommy Flanagan, Wilbur Little and Elvin Jones, around 1957 at the local “folk park.”

Stenson’s jazz chops developed early. He played at the Gyllene Cirkeln in Stockholm (the famous Golden Circle where Ornette Coleman made two of his greatest recordings) with tenor saxophonist Borje Fredrikkson when he was still in high school. Stenson says that Fredrikkson would have become one of Scandinavia’s greatest jazz musicians had he not tragically taken his own life at age 31 in 1968. Today, one of Stenson’s intermittent projects is a band called Sister Maj’s Blouse, with bassist Palle Danielsson, drummer Fredrik Noren and tenor saxophonist Joakim Milder. It is dedicated to keeping Borje Fredrikkson’s compositions alive.

Beginning in the mid-’60s, Stenson played with most of the best jazz musicians in Scandinavia (Arild Andersen, Rune Carlsson, Bernt Rosengren), and formed a relationship with Norwegian drummer Jon Christensen that now stretches into its fourth decade. He also played with many Americans who passed through Scandinavia (Stan Getz, Sonny Rollins, Gary Burton), and played longer with Americans who came to the region and stayed for a while (Red Mitchell, Don Cherry, George Russell). In April 1971, he participated in Jan Garbarek’s Sart, one of the very first recordings of a German start-up label called ECM. A month later Stenson recorded Underwear, his ECM debut as a leader, with Andersen and Christensen. (It was 1993 before he recorded another, Reflections, and 1996 before it was released.) Stenson and Garbarek then co-led a quartet with Palle Danielsson and Christensen that recorded two ECM albums in the early ’70s, one of which, Witchi-Tai-To, was the jazz equivalent of a hit.

Between the mid-’70s and the late ’80s, Stenson stayed busy in Europe, occasionally recording his various Scandinavian projects–including the cooperative Rena Rama, with saxophonist Lennart Aberg, and the aforementioned Sister Maj’s Blouse–for small labels. Stenson’s profile began to rise through his association with Charles Lloyd, whose return to music was one of the significant jazz events in the 1990s.

Lloyd discovered Stenson at a jazz festival in Europe and brought the pianist into his quartet, where he stayed for 11 years. Stenson toured extensively in the U.S. and Europe with Lloyd, and he appears on Lloyd’s first five ECM albums, which are the strongest recordings of the saxophonist’s career: Fish Out of Water (1990), Notes From Big Sur (1992), The Call (1993), All My Relations (1995) and Canto (1997). It is impossible to imagine the sustained environment of spiritual quest and realization on these recordings without the presence of Stenson’s piano, a glowing light cast on the shadows wherein Lloyd’s tenor saxophone searches and strives. “Song,” from The Call, is an example of Lloyd’s trust in his pianist. It is 13 minutes long, and by the time Lloyd enters, at 8:30, he is simply a variation on Stenson’s rapt, chiming incantations.

Lloyd’s groups over the years have contained the best piano players (Keith Jarrett and Michel Petrucciani before Stenson, Brad Mehldau after), but none so capable as Stenson of functioning within the slow burn of Lloyd’s language while deepening it. Stenson brought Jon Christensen and Swedish bassist Anders Jormin into Lloyd’s bands. “It meant a lot that Lloyd had such confidence in me, “Stenson says. “Many Americans wondered why he was using these Scandinavians. Lloyd would always say, ‘Wait ’til you hear them play.'” Stenson, a man not given to overstatement, says, “I think we never did a bad concert.”

Stenson also made major contributions to three extraordinary ECM albums by Tomasz Stanko: Matka Joanna (1995), Leosia (1997) and Litania (1997). Matka Joanna, a genuine cult classic, is obscure in its inspiration (a 1961 film by Polish director Jerzy Kawalerowicz), but universal in its portrayal of a dark night of the soul. Stenson’s isolated, desolate piano notes have as much to do with creating the album’s foreboding, inward atmosphere as the clenched cries of Stanko’s trumpet.

“Atmosphere” is a term that Stenson himself uses when he speaks, carefully, about his own art. “Space is important,” he says. “To create an atmosphere in every piece is important, to keep a whole thing around it.” In terms of atmosphere, certainly few pianists keep “a whole thing around it” like Stenson. In all tempos, in all keys, in all musical situations, his notes hang in the air like existential moments of coming into being, like what the English Romantic poet William Wordsworth called “thoughts too deep for tears.”

But the atmosphere is not English. It is decidedly more northern, and here is no better example of the “Nordic tone” than the work of Bobo Stenson, especially his ECM trio albums. Underwear has never been issued on CD except in Japan. But the other four–Reflections (1993), War Orphans (1998), the two-CD Serenity (2000) and Goodbye (2005)–place Stenson securely among the greatest living jazz pianists.

All the trio recordings have Anders Jormin on bass and Jon Christensen on drums, except for Goodbye, on which Paul Motian takes over on drums. Stenson takes the piano trio to its next logical stage of evolution, along the path set out by Bill Evans and Keith Jarrett. In Evans’ trio, Scott LaFaro was given unprecedented solo space. In Jarrett’s trio, Gary Peacock and Jack DeJohnette are fully engaged in three-way conversations. But Stenson further liberates the trio concept. Anders Jormin’s bass “solo” is virtually continuous, and in the piano’s spaces and rests the bassist inserts yearning interventions. As for the drummers, Christensen and Motian don’t so much “keep” time as set it loose.

A few categories recur in the source materials of these four albums. There is almost always an Ornette Coleman tune. (“There is total freedom in his melodies,” Stenson says.) There are 19th- and early 20th-century classical pieces, from Alban Berg, Hanns Eisler, Henry Purcell and Charles Ives. (“I’ve always studied classical music.”) There is the Swedish folkloric tradition, in the songs of Lorens Brolin. (“It is material that I grew up with. It just comes up sometimes.”) There are strong originals by Stenson and Jormin. There are occasional–very occasional–standards. When they occur they are resonant with associations yet startling in their new personal meanings (“My Man’s Gone Now,” “Send in the Clowns,” “Goodbye”). An entire album of standards by his trio could be an instant classic. “I wouldn’t mind doing an album of standards,” Stenson says, “but it’s also been done a lot, so it’s [a] delicate [situation], in a way.” (Over the years the pianist has been burdened at times with unfair and simplistic comparisons to Keith Jarrett.)

In Stuart Nicholson’s recent book Is Jazz Dead? Or Has It Moved to a New Address, he talks about the “glocalization” of jazz–a combination of globalization, as jazz is disseminated around the world, and localization, as it takes on “national imagery, folkloric and cultural concerns that give the music relevance to its ‘local’ musical community.” When Bobo Stenson plays, it is all there: the afternoons practicing Bach in the home of Werner Wolf Glaser, the subconscious Scandinavian folk songs, the melancholy solitude of the Swedish landscape in twilight. There is also the first time he heard John Coltrane’s Ballads (“I was gone, I thought I had heard God or something”) and the “freedom in melodies” of Ornette Coleman.

In late 2005, Stenson made only his second tour in the United States with his own trio. It was seven cities in seven days: Baltimore, Boston, Albuquerque, Seattle, San Francisco, Minneapolis, Los Angeles. At the Triple Door in Seattle, as a part of the annual Earshot Jazz Festival, Stenson played music that was unmistakably jazz, but it was jazz made of unfamiliar, finely detailed patterns. Starting from his unique sources (like Lorens Brolin’s “Polska of Despair”) and from spare, spaced chords, he built swirling acts of abstract lyricism into the air. His encore was Gordon Jenkins’ “Goodbye,” its atmosphere so profound you could lose yourself in it, a loss essential to finding music’s deepest truths.

Frank Sinatra, Only the Lonely (Capitol) (Stenson says that his primary interest in these three albums was their “very different” versions of Gordon Jenkins’ “Goodbye.”)

“At home I have a Bosendorfer. Not the full concert grand but next to it. I got it in 1977, a wonderful piano. It stays in good shape. That means I don’t practice enough.

“When we recorded Goodbye in New York, ECM sent me to Steinway Hall, opposite Carnegie Hall. I could choose from five grand pianos. That shows a little bit about the quality thinking of ECM and Manfred Eicher. They had three American Steinways and two European ones. They are different. I like the tone on the American Steinways too, but there was one Hamburg that stood out. That was the one we used in the [Avatar] studio.” Originally Published January 1, 2006

Guitarist Will Bernard bears the bittersweet blessing of virtuosic skill and eclectic taste, making his music a perpetual delight and yet hard to categorize. Maybe … END_OF_DOCUMENT_TOKEN_TO_BE_REPLACED

At 95, Chicago-based guitarist George Freeman is among the world’s oldest active jazz musicians. Although he came of musical age in the 1940s and counts … END_OF_DOCUMENT_TOKEN_TO_BE_REPLACED

When you’re on TV, everybody knows you, or at least thinks they know you. Take Kevin Eubanks, who was on NBC’s Tonight Show five nights … END_OF_DOCUMENT_TOKEN_TO_BE_REPLACED