Skip to content
Become a member and get exclusive access to articles, live sessions and more!
Start Your Free Trial
Home > Features > Bobby McFerrin’s Songs for His Father 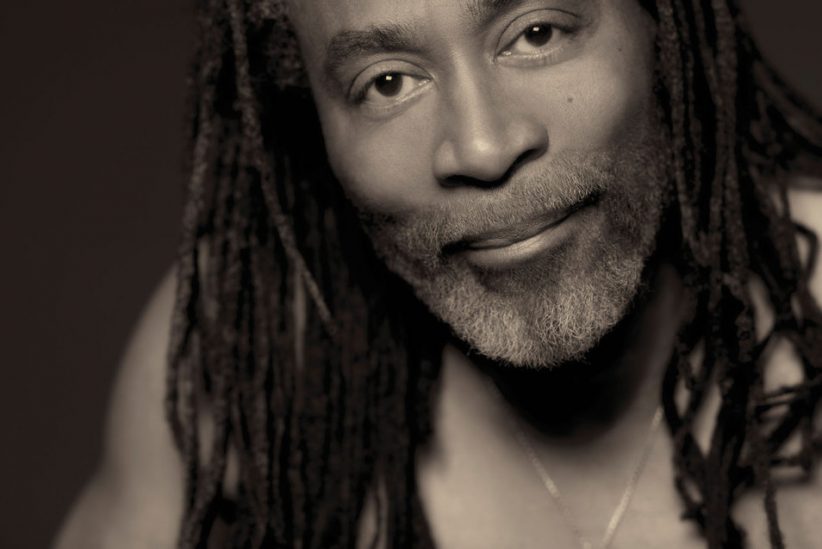 As if voices were colors, 10-time Grammy winner Bobby McFerrin has spent much of the past decade exploring every possible shade and combination. His last two releases, Beyond Words and VOCAbuLarieS, were grand experiments involving the painstaking layering of dozens of voices to craft kaleidoscopic tone poems.

Now, the 63-year-old is reverting to a simpler yet equally vibrant palette, one that takes him back to childhood. McFerrin’s new spirityouall (Sony Masterworks) is first and foremost a tribute to his father, who died in 2006 at age 85. A gifted opera singer-in fact the first African-American signed to the Metropolitan Opera Company-Robert McFerrin Sr. was also a superb interpreter of spirituals. It was his 1957 recording, “Deep River” and Other Classic Negro Spirituals, that inspired his son to shape his own album of spirituals.

“My father had the good fortune of being taught to sing negro spirituals by a man whose grandmother was a slave,” he recalls. “His name was Hall Johnson. He heard his grandmother sing these pieces and would write them down and arrange them for voice and piano. I can still see him hovering over my father, [showing him] how these pieces go. That was a great education for me.”

Spirityouall has been in the planning stages for nearly 20 years. “Every time I would work on it, something would get in the way,” McFerrin explains. “I have cassettes at home to prove that I tried many, many times to get this project going. Now finally seemed like the right time, especially after VOCAbuLarieS. It just made sense to follow it up with something very simple, [with] pieces I heard as a kid growing up. Nothing got in the way this time. The whole thing was done in a matter of weeks.”

McFerrin blends classic spirituals, three of which appeared on his father’s album, with original devotional pieces, adding one unexpected cover. Esperanza Spalding drops by, twining vocals with McFerrin on three tracks, including a wonderfully rustic “He’s Got the Whole World in His Hands.” McFerrin’s core band on the project includes bassist Larry Grenadier, drummers Ali Jackson and Charley Drayton and accordionist and keyboardist Gil Goldstein, also the album’s music director and chief arranger. It was Goldstein who brought Spalding into the mix. “I met her one evening in New York,” he explains, “and she was very excited to show me a book she was studying from called the African American Heritage Hymnal. … That’s when I knew Esperanza had to be part of the project.”

“It was refreshing,” says McFerrin of the sessions. “I haven’t sung a song with lyrics in a long, long time. This is me out front again. It’s nice to be fronting a band for a change. We went into the studio with some charts that turned out to be more like guidelines, because we’d play the pieces and I’d say, ‘Let’s cut this out’ or ‘Let’s repeat that,’ so they were essentially performed live, and then I went back and cleaned up some of the vocal lines and harmonies. It was very, very free. … Everything was playful. I’ve got to have fun. If I’m not having fun, it’s time to go home.”

Of the five originals, McFerrin notes that “a lot of those pieces, like ‘Woe’ and ‘Jesus Makes It Good,’ I wrote a long time ago, and I’m glad they’re finally out there. I’m telling my own experience, especially on ‘Jesus Makes It Good.’ It speaks to people in a very intimate way.”

The surprising cover is Bob Dylan’s “I Shall Be Released.” Says McFerrin of its inclusion, “I just love the line ‘any day now, I shall be released.’ That is the heartbeat of the song. There are so many people who are dealing with some kind of bondage, something they want to be free of, and I love the idea that any day now-it’s imminent, don’t give up!-you’ll be released from it.” Goldstein devised a hymn-like arrangement that McFerrin describes as “very, very sweet. I hope Bob Dylan likes it, because the melody I sing is not at all the melody he sings. I took a lot of liberties!”

McFerrin is currently touring internationally in support of the album, working with various assortments of musicians including Goldstein and Spalding, who doubles on vocals and bass. Given the communal nature of the music, he’s happiest when the concerts become unpredictable celebrations. “I love it when people sing together,” he enthuses. “I invite people to come onstage. The other day, this guy just appeared out of nowhere and knew all the verses to ‘When I Lay My Burden Down.’ Then he threw in ‘Will the Circle Be Unbroken.’ I’m so glad he did that. What it said to me was there are people who really get it, that this is a party. I’m just the facilitator who gets the party going.”

When you’re on TV, everybody knows you, or at least thinks they know you. Take Kevin Eubanks, who was on NBC’s Tonight Show five nights … END_OF_DOCUMENT_TOKEN_TO_BE_REPLACED

Jimmy Katz leads many lives. He is the preeminent currently active jazz photographer, and has shot more than 200 magazine covers and over 600 recording … END_OF_DOCUMENT_TOKEN_TO_BE_REPLACED

Take a look at Blue Note Records’ release schedule for 2022 and it’s hard to miss the significant percentage of electronic-oriented music. In March, the … END_OF_DOCUMENT_TOKEN_TO_BE_REPLACED