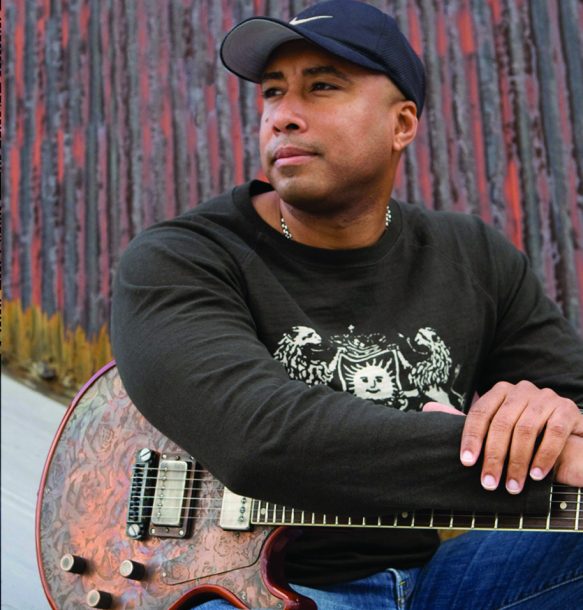 The great jazz saxophonist John Coltrane had the ability to see across time. Coltrane was a master of jazz improvisation like no other. Whereas most jazz musicians improvise thinking conceptually over a four- or eight-bar phrase, Coltrane could, as he began to play, envision his improvisation over the course of an entire solo.

When he finished this tedious exercise, he’d go back again and play the changes in the first bar, but say the name of the chords to the third bar, and so on. He would repeat this exercise throughout the entire duration of the tune, such that, if it were a 32-bar song, he’d be playing the chord change to the first bar while saying aloud the chord change to the 32nd bar! The mental acuity to think ahead and in the moment-to visualize an entire song, a solo or a game, in that first measure or inning-is a rare talent. But Coltrane evidently possessed it, and it certainly showed in his music.

John Coltrane is revered by jazz musicians for bringing jazz to a new plateau: His improvisations transcended the four- and eight-bar-phrase improvisations of the bebop musicians that came before him, taking on an almost spontaneous art of composition. Another artist that has this unique ability to conceptualize over long stretches of time is the gifted jazz pianist Keith Jarrett.

It was Jan. 24, 1975, and Keith Jarrett had not slept in two nights. He was about to make a live recording at the Cologne (Köln) Opera House in Germany, consisting of nothing but solo improvisations. The piano he was supposed to play on-a Bösendorfer 290 Imperial concert grand-was accidentally left locked and stored in the cellar of the building. Thus Jarrett had to perform on a tinny and thin-sounding baby grand that was left backstage and in poor condition.

The sound engineer decided to go ahead and record the concert, if only for archival purposes. Making matters worse, Jarrett arrived at the opera house late and tired after a long drive in his car. All indications were that the concert would be a disaster. But that’s not what happened.

Once Jarrett walked out onto the stage, everything changed. He focused on his craft, creating some of the most inspired improvisations. (One section is a stunning 26 minutes long.) The concert was an amazing success, and the archival recording was subsequently released by the ECM label, going on to become the best selling solo album in jazz history. The album is called The Köln Concert.

The most notable aspect of this concert was Jarrett’s ability to create extended improvisations that became spontaneous compositions. Indeed composers, musicologists and music theorists have studied this concert, scratching their heads as to how Jarrett could conceive improvisations over such an extended period of time.

There is a parallel between Keith Jarrett and John Coltrane-amazing artists able to conceptualize an entire solo or concert-and baseball figures. Great pitchers are the John Coltranes of the sport, able to conceptualize beyond an inning to an entire nine-inning game. A great pitcher, in his first pitch, can conceptualize and set up a framework and expectations for the later innings. He establishes certain parts of the plate; he pitches differently to the same batter each time he’s up, keeping him off guard and guessing. A great pitcher will never approach a good hitter the same way twice-just like a great improviser will always play differently each time.

Pedro Martinez, when he was pitching for the Boston Red Sox, was also a master improviser of sorts who performed at the level of a John Coltrane. Flip Bondy, of the New York Daily News, said of Pedro, “We see only the high art form-we watch the brain and arm in harmonic convergence, disguising 85-mph fastballs as something far more fanciful than their velocity and arc.”

Pedro had the game all thought out, and never pitched the same way twice. His style was atypical, relying on many “out” pitches. He threw fastballs of varying speeds, cutters, curveballs and circle changeups, which, when combined with his intellect, proved to be overpowering. In his prime, Martinez’s fastball was consistently clocked in the 95 to 97 mph range, and that speed, in combination with his devious changeup and curveball, made him as dominant a pitcher as the game has seen. The true artistry of Pedro Martinez, however, was in his ability to use all those pitches to envision a composition that was nine movements-or innings-that began with his very first pitch. Seattle Mariner John Mabry said it best: “If the Lord could pitch, I think he’d be a lot like Pedro.”

A guitarist and composer whose contemporary jazz recordings reflect his classical training and affinity for various Latin traditions, Puerto Rican-born Bernie Williams is perhaps better known as an athlete: During his 15-year tenure with the New York Yankees (1991-2006), Williams won four world championships and was chosen for the American League All-Star Team four times.

From Rhythms of the Game by Bernie Williams, Dave Gluck and Bob Thompson, published by Hal Leonard Books, 2011. Excerpted with permission.

When you’re on TV, everybody knows you, or at least thinks they know you. Take Kevin Eubanks, who was on NBC’s Tonight Show five nights … END_OF_DOCUMENT_TOKEN_TO_BE_REPLACED

Jimmy Katz leads many lives. He is the preeminent currently active jazz photographer, and has shot more than 200 magazine covers and over 600 recording … END_OF_DOCUMENT_TOKEN_TO_BE_REPLACED

Take a look at Blue Note Records’ release schedule for 2022 and it’s hard to miss the significant percentage of electronic-oriented music. In March, the … END_OF_DOCUMENT_TOKEN_TO_BE_REPLACED