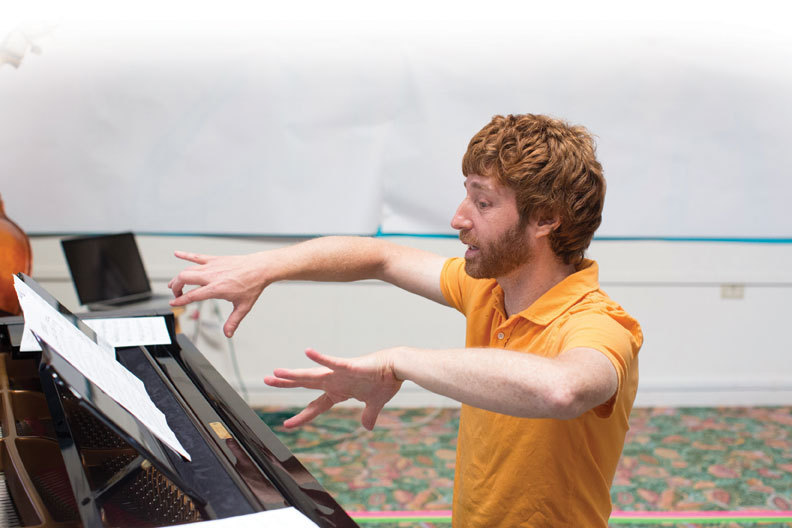 Benny Green rehearses at the Monterey Jazz Festival in 2012 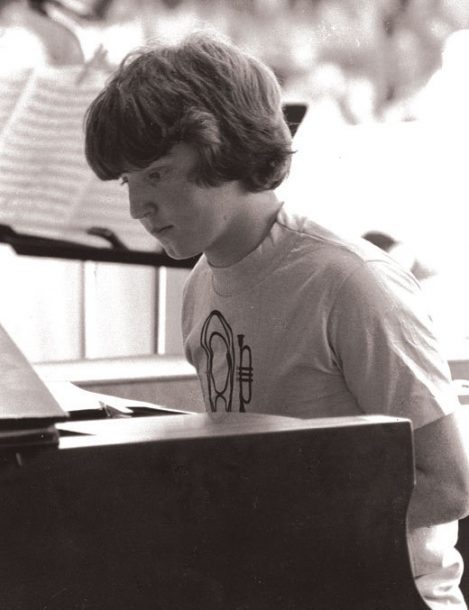 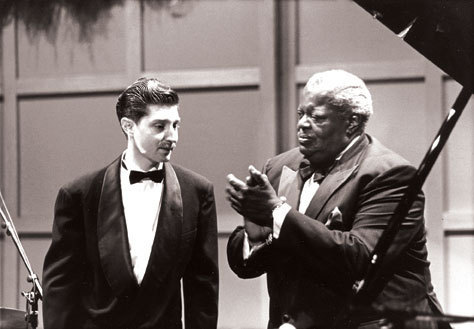 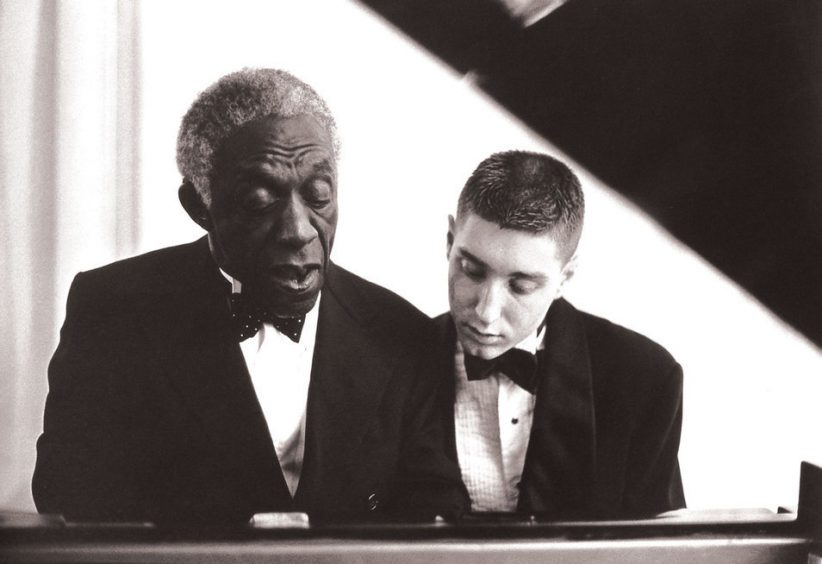 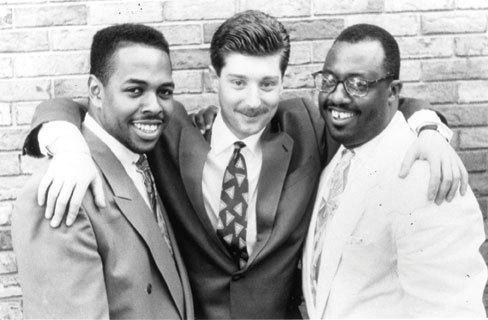 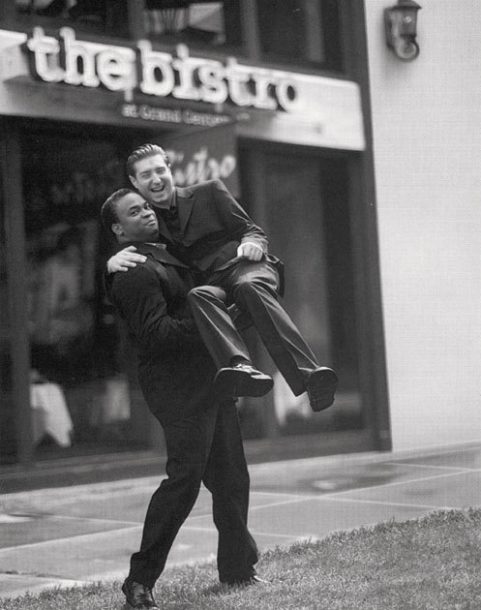 Benny Green gets a lift from Russell Malone, 2002

In the English folktale “Jack and the Beanstalk,” the title character is punished when he trades his impoverished family’s cow for a handful of what he’s told are magic beans. Jack’s folly soon turns to fortune, however; the magic beans turn out to be just that, sprouting a beanstalk into the clouds that ultimately leads Jack to treasures.

Pianist Benny Green shrugs off questions about why he titled his new trio CD Magic Beans, but it’s tempting to seek out parallels between the pianist’s own story and that of the giant-deceiving dreamer. As his peers were plugging in on rock stages and attempting to meld jazz with R&B, hip-hop, electronic music and other pop styles, Green opted to carry the torch for the swinging acoustic jazz on which he’d been reared.

At various times over the years that decision may have seemed as foolish as squandering the family’s sole possession on so-called magic beans. But it has fostered a career that now spans three decades and has provided more than its fair share of unexpected pearls.

Magic Beans (Sunnyside) is Green’s first trio record consisting entirely of original music. Released on the cusp of his 50th birthday, the disc is also Green’s first self-produced effort. “It feels so good to not have anyone, albeit frequently well-intended people, telling me what they think I do best or what they’d like to hear a little more of from me,” he says. The disc reunites Green with the rhythm section of bassist Peter Washington and drummer Kenny Washington, who also comprised the trio for his last outing, 2011’s Source (JLP). That album was devoted to tunes by the pianist’s idols, among them Bud Powell, Horace Silver, Sonny Clark and Carl Perkins. More significant, it marked Green’s return as a leader after a seven-year recording hiatus, a break he describes as “an inevitable sort of energetic resting point in my life.”

Source was recorded during a period when Green had turned his back on composition, convinced that nothing he penned could measure up to the works of his heroes. “I was being a little defeatist,” he admits. “I would say, ‘I’m not Horace Silver, I’m not Benny Golson, I’m not Wayne Shorter, I’m not Stevie Wonder.’ I’d think about great writers and tell myself, ‘I’m not that, so what’s the point in me doing this?’ And I would let the ideas go.”

It was one of those very masters who convinced Green to change his mind, albeit indirectly. He recalls saxophonist Jeff Clayton relating a story about Stevie Wonder inviting his band to stick around after rehearsals to watch him compose. “Jeff said that Stevie would spend hours just going from one note or chord to the next, just trying to find the perfect one to follow it,” Green recalls. “Hearing that simple story caused me to realize that if there’s something we really want from the music, a particular story we want to tell or way we want the tune to feel, the notes do exist. But we’ve really got to hang in there and go deeper into whatever our vision is.”

Green’s vision for his own music seems no more complicated than wanting to find fresh ways to reinvigorate the jazz tradition. At Chris’ Jazz Café in Philadelphia last November, when one of his bandmates would solo Green leaned forward at the piano, watching as raptly as any member of the audience. A boyish grin spread over his face after one of Kenny Washington’s volleys, causing Green to spring up off the bench and interject.

That same grin was in evidence earlier that day as Green discussed his career in the lobby of the Center City hotel where he was staying. Soft-spoken with an unruly pile of red hair, Green comes off considerably younger than he is. Born in New York in 1963, he was raised in Berkeley, Calif., where he developed a love of jazz by listening to his saxophonist father’s records. “I didn’t even know that it was called jazz yet, but I loved how it felt,” he recalls. “We got a piano when I was about 6 and I fell in love with it right away.”

Green’s formative years were spent at San Francisco’s Keystone Korner, where he listened to the greats who passed through. Seeing Onaje Allan Gumbs or Mulgrew Miller with Woody Shaw, Billy Childs with Freddie Hubbard, or-most important-James Williams with Art Blakey’s Jazz Messengers, he recognized that there was still a place for the acoustic piano in modern jazz, and he set his mind on moving to New York City. More to the point, he was determined to become a Jazz Messenger. “I already had it in my mind during my last few teen years in the Bay Area that I would move to New York and go to hear the Messengers as much as possible, learn their music and practice it, and try to sit in with Art when I could,” he says. “I wanted him to ask me to join the band one day.”

He made the move when he was 19 and stayed for 27 years, moving back to Berkeley in 2009, during his recording hiatus and after the passing of his father. (He now lives a few doors away from his mother.) During his teens Green had played with vocalist Faye Carroll, trumpeter Eddie Henderson and in a big band led by bassist Chuck Israels. Shortly after heading east, he spent four years with Betty Carter-a dream gig, except for the fact that it soon conflicted with the gig Green had dreamed about. Shortly after being hired by Carter, he was offered a spot in the Messengers. “It was almost like a character test when Art’s wife offered me the gig,” Green remembers. “But I’m thankful that I come from a good family and I had enough sense and appreciation for humanity to realize that Betty Carter was doing a great thing for me. I didn’t have to deliberate about the decision. I needed to stay with Betty.”

The opportunity knocked again in 1987, and this time Green was in a position to accept. “I guess it was intended for me to play with Art,” he says. “It was in my bones. When I heard the Messengers with James Williams it just impacted me so profoundly: ‘This is me. This is what I want to be doing. That’s me up there on the piano with Art.’ So I answered that call and I worked toward it.”

When you’re on TV, everybody knows you, or at least thinks they know you. Take Kevin Eubanks, who was on NBC’s Tonight Show five nights … END_OF_DOCUMENT_TOKEN_TO_BE_REPLACED

Jimmy Katz leads many lives. He is the preeminent currently active jazz photographer, and has shot more than 200 magazine covers and over 600 recording … END_OF_DOCUMENT_TOKEN_TO_BE_REPLACED

Take a look at Blue Note Records’ release schedule for 2022 and it’s hard to miss the significant percentage of electronic-oriented music. In March, the … END_OF_DOCUMENT_TOKEN_TO_BE_REPLACED