Skip to content
Become a member and get exclusive access to articles, live sessions and more!
Start Your Free Trial
Home > Features > Barry Altschul: He’s Back (Though He Never Left) 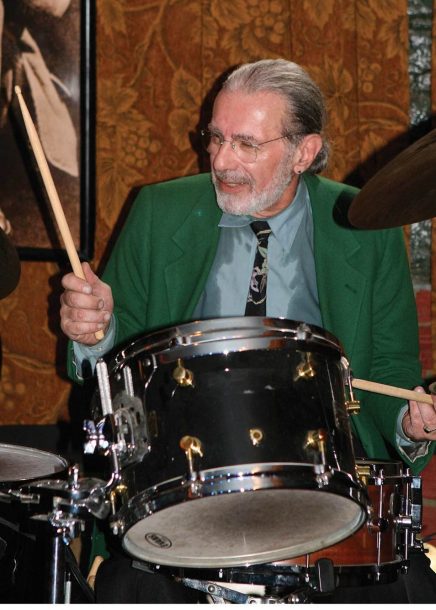 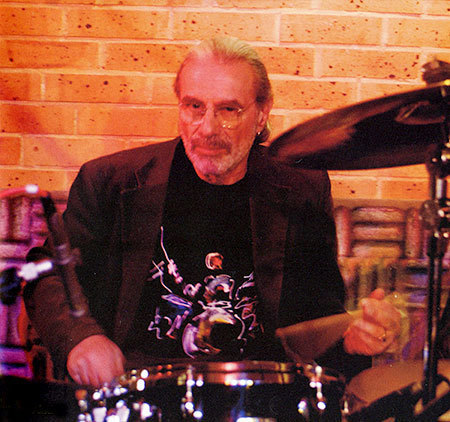 During a Sam Rivers Trio reunion concert in 2007 at Miller Theater on the Columbia University campus, some of New York’s jazz cognoscenti speculated over the recent whereabouts of the group’s drummer. They were all well aware of the recent activities of saxophonist Rivers, who had been feted at the Vision Festival in 2006. And they were certainly up to date with perennial poll-winning bassist Dave Holland, having seen his picture on magazine covers, caught him during his annual residency at Birdland with his large and small ensembles, or heard his consecutive string of acclaimed recordings in recent years. But what of innovative free-jazz drummer Barry Altschul? Where had this cat been?

“I’ve been right here, man!” says the 67-year-old Bronx-born drummer. “Anybody could’ve called me at any time.”

Sitting in the confines of his rent-controlled apartment on Drummers Row-that strip of buildings from 103rd to 107th Streets on Central Park West where such illustrious drummers as Art Blakey, Max Roach, Elvin Jones, Bob Moses and Eddie Moore once lived, and where Paul Motian still resides-Altschul contemplates the “out of sight, out of mind” syndrome that affected his career through the ’80s and early ’90s.

After working with Paul Bley, Sam Rivers and the groundbreaking quartet Circle during the ’60s and ’70s, Altschul relocated to Paris in 1983, which took him off the scene for 10 years. But while he maintained a low profile in the States during that time, critics were still in touch with his recorded output: Altschul served as a kind of house drummer for the Italian Soul Note label, one of the most adventurous and admired labels of the ’80s. After returning to the U.S., Altschul took a job in 1995 as an adjunct professor at Sarah Lawrence College, where he remained for two years. He then moved to Maryland for a few years before returning to his native New York around the start of the new millennium. By that time, however, many considered him “The Lost Man.” “When I lived in Europe I was coming back and forth to New York quite a bit,” says Altschul. “Once on a visit back, Jaco Pastorius saw me and came over and picked me up and said, ‘I thought you were dead!’ That was a wild feeling to hear that.”

The drummer had moved to Europe at a time when several expatriate jazz musicians were also living there. “That was at the time when the bebop guys like Johnny Griffin, Dexter Gordon, Kenny Drew, Art Taylor, Jimmy Woody and Kenny Clarke were living there,” he explains. “And then you also had guys living there like Mal Waldron, Steve Lacy, George Lewis, John Betsch and Don Cherry from the new-music side. And everybody was hanging with each other; it wasn’t separate because of musical style. It was a great period.”

Aside from various sessions for Soul Note (including two of his own: 1983’s Irina and 1986’s That’s Nice), Altschul was also named artistic director of a regional big band in France. “I auditioned 150 musicians for 20 jobs, and I was conducting mostly,” he recalls. “That gig lasted for two years and it was great. But after living there for 10 years I began to miss America: the feeling of the music here and the attitude of the American musicians, which is very different from the European musicians.”

Growing up in the South Bronx, about a 25-minute walk from Yankee Stadium, one of Altschul’s earliest musical influences was his older sister Marilyn, a classical pianist who later graduated from Juilliard. “My sister used to practice,” he recalls, “and, from what I was told by my parents, I would go over and pick out the melodies when I was 2.”

Acknowledging his special musical gift, his parents eventually had him studying with his sister’s piano teacher. “I really wasn’t ready for that,” he admits. “Instead of reading the music, I’d learn it all by ear. So for three years I was able to fool my teacher into thinking that I was reading the music and playing the music. Then, when I was about 5, I really rebelled and didn’t touch piano again until I was 16. I guess it had a traumatic effect on me in some way.”

At age 9 Altschul picked up the clarinet and by 11 had his first encounter with the drums. “This guy at school was walking around with drumsticks in his back pocket,” he remembers. “So I asked him, ‘What’s happening? Show me something.’ He showed me a press roll and for some reason I just connected with that. My esoteric, spiritual belief is the instrument finds you, and that’s what happened to me then and there. The drums found me.”

Soon after, he fashioned a makeshift drum set out of fruit cans and began playing along with tunes he heard on the classic big-band radio program The Make-Believe Ballroom. It’s where he fell under the spell of Gene Krupa, in particular the 1956 album Drummer Man, which included such hip drum showcases as “Drum Boogie,” “Wire Brush Stomp” and “Drummin’ Man.”

During his early infatuation with the drums, Altschul would play along on a practice pad while his sister went through her classical repertoire. “While she was practicing, I sat on a drum pad and improvised,” he says. “Not keeping time but really improvising, playing melodically, dealing with the different contours of rhythm and phrasing and so on. And I guess that was my opening to being able to play freer on the set.”

Altschul’s drumming interests expanded from Gene Krupa to include Art Blakey and Kenny Clarke, then Max Roach and Philly Joe Jones. “I also was listening to people like Louis Hayes, Frankie Dunlop, Roy Brooks,” he remembers. “And Roy Haynes was a major influence. So I was pretty much into all the bebop and hard-bop drummers.” By age 16, Altschul had befriended Elmo Hope and would hang out at the pianist’s house in the Bronx. “All kinds of people would come by: Philly Joe Jones, Monk, Tina Brooks, Junior Cook, Jimmy Lyons. I was in awe. That’s when Philly Joe and Art Blakey took me under their wing.”

Along with performing around the Bronx, Altschul began playing at jam sessions in other boroughs and meeting other like-minded musicians his own age, among them saxophonist Dave Liebman and pianist George Cables. He also played in Montreal with pianist Linton Garner, the older brother of Erroll Garner, before landing his first important gig in 1964, at age 20, with pioneering free-jazz pianist Paul Bley. Altschul was working as a janitor at a commercial recording studio when he met the Canadian pianist, who by that time had played with the likes of Charlie Parker, Sonny Rollins, Charles Mingus, George Russell and Ornette Coleman. “Bley came into the studio where I worked twice-one was a record date with Don Ellis [the trumpeter’s 1962 album Essence] and another was a date with John Gilmore [an early 1964 recording which was finally released in 1975 as Turning Point]. We had gotten into conversations on those occasions, and he knew I was a drummer but he never heard me play. Then one day he just called me up and said, ‘Do you want to play a gig at Slug’s on Sunday afternoon?'”

Bley’s bass player at the time, Dave Izenzon, lived a couple of houses down from Slug’s and was very friendly with the club’s co-owner Jerry Schultz. “So he talked Jerry into giving us a Sunday afternoon to see how music would work in the club,” explains Altschul. “And before the gig, Paul asked me, ‘Do you want to play some standards or do you want to play some music that I’m into?’ And I was an arrogant little kid from the South Bronx, so I said, ‘Whatever you wanna play-just play.’ So he played and I just started to react to it, and it just seemed to click. He hired me and that was it.”

Altschul worked regularly with Bley’s trio from 1964 to 1969, gigging around New York, recording and touring Europe. In 1970 Altschul left to join Chick Corea’s trio with bassist Dave Holland. With the addition of saxophonist Anthony Braxton, it became a quartet known as Circle, and the group released stellar albums on Blue Note and ECM before disbanding after two years. Altschul was subsequently part of Holland’s landmark 1973 release, Conference of the Birds, which also featured Braxton and tenorman Sam Rivers. He subsequently joined Holland in the Sam Rivers Trio, which released a string of acclaimed recordings through the mid-’70s. During this period Altschul participated in frequent sessions at Rivers’ Studio Rivbea, captured in the Alan Douglas recording Wildflowers: Loft Jazz New York 1976.

In recent years, Altschul has been enjoying a resurgence of sorts. In a burst of activity, he’s recorded and toured with three different bands: the F.A.B. Trio with bassist Joe Fonda and violinist Billy Bang (their most recent recording is 2009’s Live in Amsterdam on Porter Records), Roswell Rudd’s Trombone Tribe (2009’s self-titled recording on Sunnyside) and the Gebhard Ullman-Steve Swell 4 (2010’s News? No News on Jazzwerkstatt). He’s also featured on saxophonist Jon Irabagon’s 2010 recording on Hot Cup, Foxy, the fourth release by the winner of the 2008 Thelonious Monk International Saxophone Competition and current member of the band Mostly Other People Do the Killing.

“Barry was a natural choice for me for this particular project,” says Irabagon. “First off, his extensive experience in both straight-ahead and more avant-garde settings is something I’m pursuing in my own career, so I look up to him for that reason. And Barry plays with a lot of energy and intensity, which for this project was absolutely crucial. Barry was probably the first drummer I heard-on Circle and Paul Bley Trio recordings-that combined the drum set with percussion in a seamless and fluid fashion, which changed the way I think about textures and possibilities within both jazz and free-improvisation settings.”

Trombonist Steve Swell shares Irabagon’s enthusiasm. “Barry’s a musician at the height of his powers,” he says. “He’s still playing great, he plays strong, and he brings the real searching, experimental, risk-taking spirit of the ’60s and ’70s to the bandstand. He lived it, and that spirit and the music just oozes out of his pores. It’s wonderful to be around; it’s a very contagious vibe.”

Meanwhile, Altschul already has his next project as a leader in the works, scheduled for an early 2011 release. It’s an all-star session with longtime friends and colleagues Chick Corea, Randy Brecker and Dave Liebman. “I’m composing more and looking forward now,” says the drummer. “And I’m in fairly good health. Maybe that’s why there’s been a kind of resurgence in my career.”

When you’re on TV, everybody knows you, or at least thinks they know you. Take Kevin Eubanks, who was on NBC’s Tonight Show five nights … END_OF_DOCUMENT_TOKEN_TO_BE_REPLACED

Jimmy Katz leads many lives. He is the preeminent currently active jazz photographer, and has shot more than 200 magazine covers and over 600 recording … END_OF_DOCUMENT_TOKEN_TO_BE_REPLACED

Take a look at Blue Note Records’ release schedule for 2022 and it’s hard to miss the significant percentage of electronic-oriented music. In March, the … END_OF_DOCUMENT_TOKEN_TO_BE_REPLACED