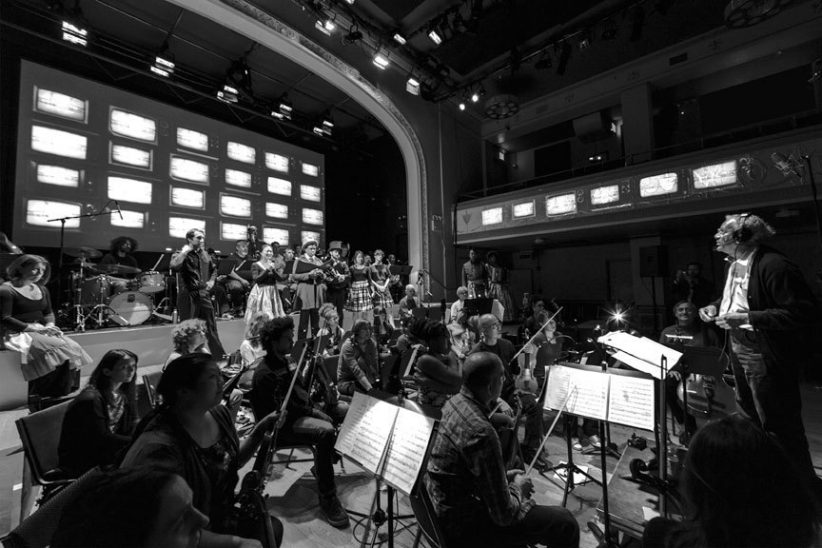 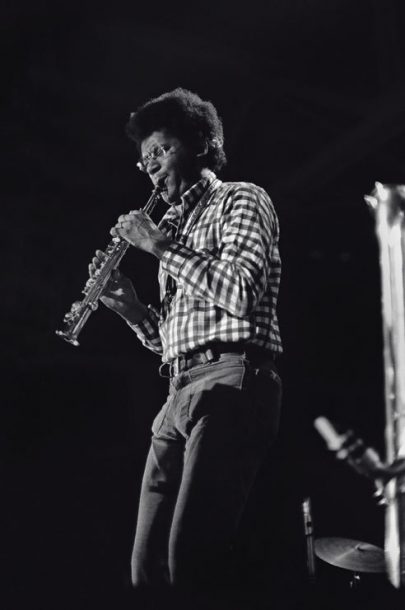 In early April, Anthony Braxton stood in a seventh-floor rehearsal studio blocks from Times Square conducting his latest opera, Trillium J (The Non-Unconfessionables). A group of avant-garde luminaries buried their heads in the complex score. “Sellout, sellout, sellout,” sang Taylor Ho Bynum in a haunting ostinato. For Braxton, an avant-garde multireedist and composer who has never compromised his creative vision over a five-decade career, the pejorative was in no way autobiographical. “Suddenly, it might be possible to get on network television after all,” Ho Bynum recited in a sprechgesang reminiscent of Schoenberg, concluding the scene.

Braxton has never been primetime material, but he did appear in an NPR webcast Jan. 13 when he was honored as a National Endowment for the Arts Jazz Master at Jazz at Lincoln Center’s Allen Room. The previous month he’d ended his decades-long tenure at Wesleyan University, where he developed a pedagogy that nurtured current avant-garde luminaries like Ho Bynum and Mary Halvorson. He celebrates his 69th birthday on June 4 and commemorated the milestone with a 10-day festival in New York in April, pairing his past and present work with that of his acolytes, among them Nate Wooley, Fay Victor and James Fei. The fest culminated in a staged reading of Trillium J at Roulette in Brooklyn. (Why 69 and not 70? Because of Braxton’s affinity for odd numbers and multiples of three.)

Braxton has recorded more than 100 albums, and throughout 2014 he will release a series of box sets containing new material, including the four-CD set Trio, the 12-CD set 12 Duets, and 3 Compositions, a three-CD set of his Echo Echo Mirror House Music with his longtime septet featuring Ho Bynum, Halvorson, Jessica Pavone, Jay Rozen, Carl Testa and Aaron Siegel.

A true philosopher of the avant-garde, Braxton’s work emerges from his “Tri-Axium” writings, a model in the unified field tradition of Alexander Scriabin. Braxton conceives of music as three edges to a triangle, roughly understood as the intellectual, the philosophical and the spiritual, existing on the “Tri-plane,” a geometric manifestation of the three facets of the Tri-Axium model.

Tri-Axium refers to sets of three, though not in the religious sense; Braxton has devoted his life to challenging rigid dichotomies and upending binary, black-and-white rhetoric. In 1994, he founded the Tri-Centric Foundation to continue his legacy and support the next generation of free thinkers. The crowd at a Braxton performance plays an integral role in maintaining that legacy, and he defines his audience as “creative friendly experiencers.”

He paused after the Trillium J rehearsal to ruminate on his debt to the jazz tradition, the purpose of the Tri-Centric Foundation and how Walt Disney, Stockhausen, Native American trance music and the two Franks, Lymon and Sinatra, influenced his overall approach.

JAZZTIMES: YOU WERE RECENTLY NAMED AN NEA JAZZ MASTER. HOW DO YOU FIT INTO THE JAZZ WORLD?

All of this is connected to looking at the real-time moment in a way that is very different from my influences in the trans-world music tradition, which also contains improvisation. But I think the music that we call jazz is a uniquely American projection, in the sense of giving the individual more opportunities to be an individual inside of a collective space. So yes, I see my work as having a continued jazz influence-as one component of the influences that have helped me to find my own voice.

As a young man, I was profoundly influenced by composers like Arnold Schoenberg, Alexander Scriabin, the great work of Karlheinz Stockhausen, Iannis Xenakis and, of course, John Cage and Alvin Lucier. I have never been a serialist, but I have been a geometrist in the sense of building structures and language. And as I came to this juncture in my life at 40 years old, I began to look for something more than intellectually interesting-something that would also have a spiritual component. At Wesleyan, I started taking classes on Native American musics and looking into the world of trance musics, looking for something more than intellectual, existential models. It would be at that point that I began to build what I now call the holistic structures.

AND WHAT ARE THE HOLISTIC STRUCTURES?

The holistic models, starting with the Ghost Trance musics, can be looked at as a cartographic model. I’ve tried to move toward the sonic genome, as related to a post-Walt Disney construct, the great Walt Disney who would build Disneyland, with Frontierland, Adventureland and Tomorrowland, where the friendly experiencer could come and visit these various fantasy states.

Mr. Disney’s work was very important to me in modeling. With the sonic genome, suddenly we have a model that doesn’t separate the audience from the music, where the audience can walk through the various states of the music in the same way as Disneyland.

HOW HAVE SCIENTIFIC DEVELOPMENTS INFLUENCED YOUR WORK?

I have tried to model my music on what I’m learning through the breakthroughs of NASA. We’re living in such an incredible period of discovery in science, and we’re learning about real-time in the present and time in the past. History, like the future, is always changing. And I’m trying to build a uniquely American model in the same sense as jazz, in the sense that it gives respect to the individual space and synergies, group synergies, and finally, the composite synergies of the whole country. So: individual, community and national. Or national, international and global. Or solar system, galaxy cluster, into the infinite space.

Every composition in the Trillium system deals with relative propositions. There are no fixed tempos. Every composition can be played very fast, slow or medium. The material is designed to be malleable and with the ability to serve the real-time moment, and this approach is part of the unique qualities that we as Americans have inherited.

To read the rest of this story, purchase the issue in print or from the Apple Newsstand. Print and digital subscriptions are also available. Originally Published July 19, 2014

When you’re on TV, everybody knows you, or at least thinks they know you. Take Kevin Eubanks, who was on NBC’s Tonight Show five nights … END_OF_DOCUMENT_TOKEN_TO_BE_REPLACED

Jimmy Katz leads many lives. He is the preeminent currently active jazz photographer, and has shot more than 200 magazine covers and over 600 recording … END_OF_DOCUMENT_TOKEN_TO_BE_REPLACED

Take a look at Blue Note Records’ release schedule for 2022 and it’s hard to miss the significant percentage of electronic-oriented music. In March, the … END_OF_DOCUMENT_TOKEN_TO_BE_REPLACED