Skip to content
Become a member and get exclusive access to articles, live sessions and more!
Start Your Free Trial
Home > Features > André Previn: The Aristo-Cat 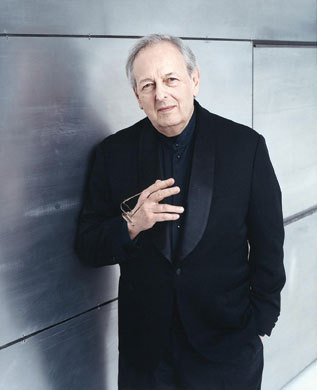 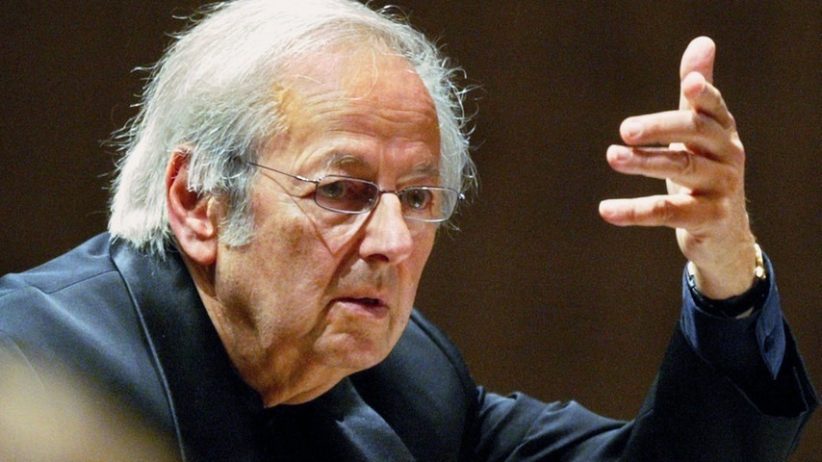 His eminence in the classical world was yet to come: Previn’s “legit” ambitions had been derailed by his formidable gifts for playing jazz and scoring film musicals. But this was no longhair condescending to the masses, for jazz occupied half his heart. Previn went from writing a hipster anthem, “Like Young,” to composing symphonies, operas and concertos. He led the London and Pittsburgh Symphony Orchestras and toured with Ray Brown, Joe Pass and Mundell Lowe.

“André was one of my heroes when I was growing up,” says Byron Olson, the Grammy-nominated pianist and arranger whose CDs Sketches of Miles and Sketches of Coltrane also straddle two worlds. “He brought an intellectual point of view to jazz harmonically, and he could swing. Plus he has great technical facilities. It’s a very personal style.”

Dizzy Gillespie put it this way: “He has the flow, which a lot of guys don’t have and won’t ever get.”

Now 82, Previn travels less but remains in demand. He composes daily at home in Manhattan, conducts on occasion and plays select jazz dates. With four Academy Awards and 11 Grammys-including three for his jazz work and a Lifetime Achievement statue-he’s still the humblest of giants, never hesitating to have a laugh at himself. He tells me that once he took his band to hear Oscar Peterson’s trio, then between songs turned to them and said, in his cultivated English: “Should I just fire all of us right now?”

Visiting Previn on a winter afternoon, I sat beside him in a living room cluttered with books and scores, and pulled several of his jazz albums out of my bag. He cringed at many of them, including André Previn Plays Duke Ellington, made when he was 15. But already he played with a graceful touch, an arranger’s sense of form and many a passing nod to Art Tatum and Teddy Wilson. Previn’s only comment: “The time I kept was not the most secure.” He can’t help but be proud of Shelly Manne’s 1956 smash, Modern Jazz Performances of Songs From My Fair Lady, which helped set jazzmen on a decade-long trend of recording Broadway scores. Drummer Manne (“my best friend”), bassist Leroy Vinnegar and Previn winged it in one session, studying the cast LP and whipping up head arrangements. Previn felt sure that Alan Jay Lerner and Frederick Loewe, who wrote the songs, “would never let it out”; instead they gave the record to everyone in the cast. He approves of his probing solo piano albums, including Ballads: Solo Jazz Standards, released in 1996. In all cases, he went to the studio with a stack of sheet music and nothing planned. “Every track is take one,” he says. “If I couldn’t think of anything, I just went on to another song.”

If Ronnie Foster had never recorded anything but the spaced-out, frank and funky soul of 1972’s Two Headed Freap (recently re-released) and 1973’s Sweet Revival, … END_OF_DOCUMENT_TOKEN_TO_BE_REPLACED

When Enrico Rava recorded The Song Is You (ECM), his new album of duets with pianist Fred Hersch, in Lugano, Switzerland, he was just out … END_OF_DOCUMENT_TOKEN_TO_BE_REPLACED

The title of trombonist/composer Kalia Vandever’s second release, Regrowth (New Amsterdam), follows logically from the botanical metaphor of her 2019 debut, In Bloom. The new … END_OF_DOCUMENT_TOKEN_TO_BE_REPLACED

If we’re going out on a limb and calling the music that trombonist, vocalist, and songwriter Natalie Cressman makes—as soloist, as side-and-session person, in a duet … END_OF_DOCUMENT_TOKEN_TO_BE_REPLACED