Skip to content
Become a member and get exclusive access to articles, live sessions and more!
Start Your Free Trial
Home > Features > Alexis Lombre Plays and Hears Music Without Borders

On Southside Sounds, her self-released 2017 debut, pianist Alexis Lombre deftly balanced her instrument’s dual rhythmic and melodic roles. Her percussive, wide-fingered lower-register splays created the impetus for freedom-bound explorations that were chordal in conception yet dancing in execution; on ballads, she demonstrated an emotional maturity well beyond her years, invoking deep sentiment without crossing into bathos. Honoring such role models as McCoy Tyner, Duke Ellington, Bobby Timmons, and her mentor, the late Willie Pickens, she revealed herself to be an “old soul” (as she puts it), but also a free spirit, at ease with conventional jazz syntax yet restless and unwilling to be tamed.

Southside Sounds, it seems, was just a warm-up. Lombre’s 2021 digital single, “Come Find Me,” owes as much to contemporary R&B and hip-hop, with its programmed beats (“programmed by a real drummer,” she hastens to add) and her neo-soul vocal stylings, as it does to anything that even the most open-eared listeners might define as “jazz.”

That, she says, is the point: “Separation is an illusion. Especially within the genres of Black music. Even ‘Come Find Me’—lyrically it’s a gospel song, harmonically it’s jazz, rhythmically it’s like hip-hop. I didn’t create the song with any borders. I just made it as I felt it and didn’t overthink too much about what box it should fit in.”

Born in Chicago, Lombre grew up immersed in her mother’s jazz record collection. She also developed an enthusiasm for old-school soul and funk, as well as the R&B, house music, and hip-hop that filled the air around her in everyday life. By her mid-teens, she was participating in several of Chicago’s jazz education programs; more recently she studied with Benny Green at the University of Michigan, from which she graduated in 2020.

Lombre says she realized early on that by refusing to be constrained by convention—whether so-called “jazz” or otherwise—she’d be honoring, rather than defiling, the rich heritage she’d come to embrace. “Why do you have to sit down and be super-sophisticated and high-class to enjoy jazz?” she poses. “I highly doubt that Dizzy Gillespie and Charlie Parker wanted jazz to be elitist, and only college-educated people could understand it. It doesn’t feel good to come from the ’hood, and then just play in [venues] where you’re not reaching the people from your community.”

She points to events like saxophonist/educator Ernest Dawkins’ annual Englewood Jazz Festival, held in the heart of Chicago’s South Side, as the kind of thing the music needs in order to expand its territory—or, more accurately, to reclaim the territory that was, and is, rightfully its own. “I want to make jazz acceptable to young people in the city again,” she attests. “Make jazz a little more relatable. My next project is incorporating all the sounds I grew up with, rather than just one part of me. Being from Chicago, you have the history of gospel, R&B, Chess Records, blues, hip-hop, house music, you have all these histories, so now I’m trying to pull all those influences together and see what comes out.

“I just see myself with a lot of freedom. I’m not really caring about making a ‘jazz’ album—I’m just gonna make a Black music album. ’Cause it’s all Black, it all comes from Black people, and most of [us] have had the same experiences. So by putting it out there, other people can feel it and be healed by it. I think you just have to be yourself and heal those people who understand.” 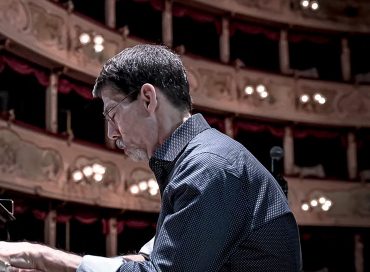 Behind Fred Hersch there’s a view of Central Park. Billows of lush trees buffer the bright, sunny green of the Sheep Meadow, bracketed by the … END_OF_DOCUMENT_TOKEN_TO_BE_REPLACED

OK, that’s funny, but it also implies a problem. People who dismiss the accordion as soon as they hear it, as soon as it triggers … END_OF_DOCUMENT_TOKEN_TO_BE_REPLACED