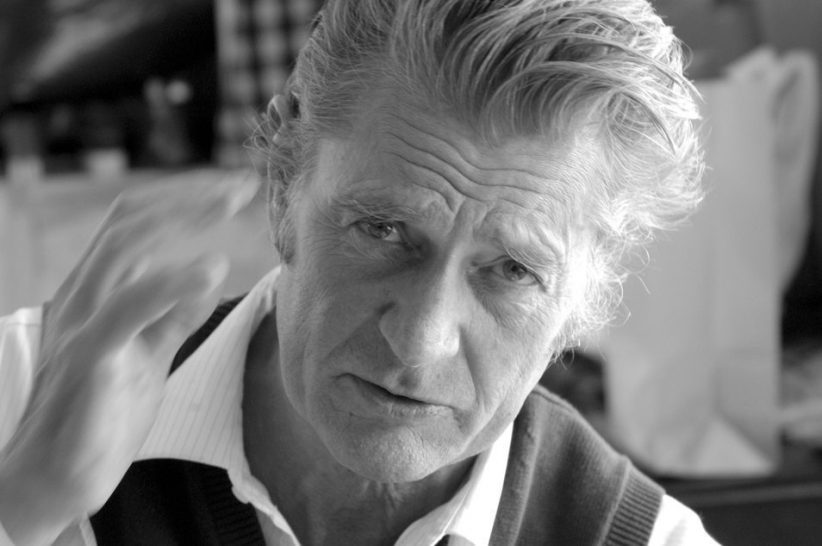 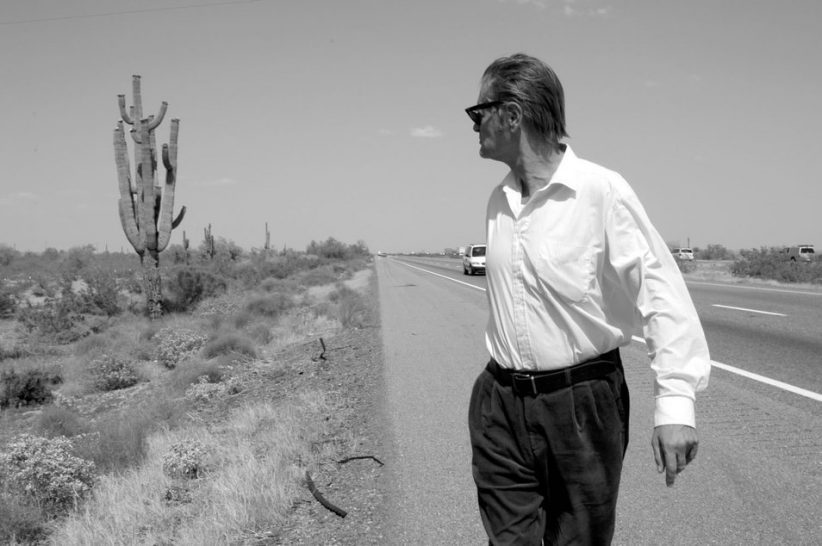 The history of the American Civil Rights Movement is easily traced through jazz because the history was so palpably driven by events and personalities. As terrible as they were, villains like Orville Faubus and tragedies like the Montgomery church bombing were natural inspirations for jazz composers and improvisers. As a result, jazz became a cultural touchstone of the movement, with the music assuming a documentary gravity comparable to newsreel footage of police attacks in Selma and Birmingham.

However, many crucial movements in modern history do not have the same kind of blow-by-blow narrative that can be quickly mirrored in music. Their pace can be comparatively glacial, with few turning point events. The unthawing of Cold War Europe is a salient example of a social transformation that did not generate obvious selections for a companion CD.

What role European jazz musicians and their often-shunned relations-free improvisers-played in this movement remains a wide-open question. British saxophonist Evan Parker makes a matter-of-fact case that European improvisers “united” the continent long before the politicians.

Since they are ostensibly leaderless, there are few European improvisers who can be construed to be emblematic of the movement. But German pianist Alexander von Schlippenbach looms large in any discussion of free improvisation as a precipitative cultural force in Europe’s late-century transitions.

Schlippenbach was early on the case: In 1966 he composed “Globe Unity,” an exclamatory free-jazz piece for big band that flew in the face of the nihilism pervading mid-century European art. It was scandalously debuted in the Berliner Philaharmonie-then the home turf of such ossifying figures as Herbert von Karajan-and derided by the press as “male nonsense” and a “pandemonium in which [saxophonist] Peter Brotzmann played the role of Satan.”

But it was that concert which inspired the formation of Globe Unity Orchestra.

From the outset, Globe Unity was inclusive, both musically and in its membership, and by 1970 its ranks included musicians from a half-dozen countries. (Globe Unity ’67 & ’70 on Atavistic’s Unheard Music Series provides great insight into the orchestra’s early years).

Globe Unity’s projects in the ’70s spanned site-specific encounters with brass bands, accordion ensembles and street organs, concerts with state radio choirs and gigs peppered with Schlippenbach’s arrangements of Monk tunes; often, Americans like Anthony Braxton and Steve Lacy were on board (the latter is featured on the FMP reissue, Rumbling; the title refers to a spiky Lacy original).

By the end of its 20-year run in 1987 (it has only performed once in the subsequent 15 years, a powerful memorial concert for a longtime supporter released as Globe Unity 2002 on Intakt), Globe Unity had recorded a dozen albums of molten free improvisations and expertly crafted compositions, too many of which are out of print.

In the process, Globe Unity’s internationalist personnel policy created unique opportunities for starkly contrasting stylists like trumpeters Kenny Wheeler and Toshinori Kondo-or trombonists like Albert Mangelsdorff and George Lewis-to collaborate within an orchestra setting with unprecedented latitude. But its greatest accomplishment in this regard was Globe Unity’s inclusion of musicians from Warsaw Pact nations, beginning with Polish trumpeter Tomasz Stanko, who played with Globe Unity a decade before the rise of Solidarity. In the ’80s, Globe Unity’s tours gave American audiences its only opportunities to date to hear multireedist Ernst-Ludwig Petrowsky, who would be routinely cited by U.S. critics as one of his generation’s best had he not spent the bulk of his career in the soundproof chamber that was the DDR-the former East Germany.

“I completely agree there was a political effect coming from the musicians’ activities at that time,” the Berlin-based Schlippenbach says. “I even think that we made a secret contribution to the removal of the Berlin Wall by playing a lot of free jazz and improvised music in the DDR.”

However, Schlippenbach denies having political motivations for forming Globe Unity Orchestra. “There are certainly some coincidences because of the revolutionary movements at that time,” Schlippenbach says, “but when Globe Unity was founded in 1966, it was just about musical reasons and definitely without any political intentions.”

For Schlippenbach, Globe Unity was the logical template to encompass all of the music he had absorbed in the early ’60s as a student and self-described “jazz beginner” in Cologne. For Schlippenbach, Eric Dolphy leads the list of influences from the jazz avant-garde; the pianist included two Dolphy pieces on his recent quartet CD Broomriding (Psi). On the classical side of the pantheon, Schoenberg was canonized and Bernd Alois Zimmerman held a special place as both teacher and collaborator.

“We tried to coalesce [our influences] by writing our own compositions and to improvise in what we called ‘free atonality,'” Schlippenbach says. “The point jazz history had reached in the ’60s can be roughly compared with the situation of European classical music at the end of the 19th century. Music was changing by unavoidable historical forces. This was the time to get onto something new that was our own.”

Initially, this entailed aspects of late-’60s Euro counterculture Schlippenbach now deems to be “superficial fashion-bullshit.” In the face of uptight concert-hall dress codes, Schlippenbach and his cohorts aggressively adapted what eventually became the Prole Look, which, at its apex, consisted of buzz cuts, beards, shit-kicker boots and oversized work pants with braces. They played Willem Breuker arrangements of pieces by Hanns Eisler, the Bertolt Brecht associate punted out of the U.S. by the McCarthyites. And, there was the small matter of the pilfered U.S. flag at the legendary ’67 edition of the Donaueschingen new music festival. (Later, Schlippenbach was an incisive critic of the provocative installation of U.S. cruise missiles in West Germany during the Reagan era.)

Yet unlike some of his European contemporaries, Schlippenbach never distanced himself from American jazz. With the possible exception of Dutch pianist Misha Mengelberg, no other first generation European free improviser has revisited the jazz canon as frequently as Schlippenbach, who has dedicated whole albums to the works of artists like Jelly Roll Morton and Thelonious Monk. From the outset, the core of Schlippenbach’s incessantly propulsive piano style was something of a second-generation distillation of Monk, its cluster-based density, jabbing attack and angular, blues-tinged phrases traceable through such intermediary filters as Mal Waldron and pre-Blue Note Cecil Taylor. Schlippenbach’s affinity for American free jazz eventually led to ongoing associations with such New Thing icons as Sunny Murray and Sam Rivers: a duo CD, Tangens, with the pianist and Rivers came out on FMP in 1997; in addition to their absorbing duo disc, Smoke (FMP), the drummer is on board for the late-’90s tribute CD Plays Monk: Light Blue (Enja).

“Apart from having been a student of classical and contemporary European music, I have learned everything from jazz since the age of 13,” Schlippenbach says. “This tradition has never become irrelevant or obsolete to me. No matter how far out my concepts may seem to be, the personality of the improviser is always the focus. The best thing for me is to achieve a forward driving movement that carries the music. A transformation of drive and swing. So Monk, Dolphy, Cecil Taylor and all of the others will be a life-long inspiration to me.”

Arguably, the setting making the best case for Schlippenbach’s extension of the jazz piano lexicon is his long-standing trio with Evan Parker and drummer Paul Lovens. Beginning with their recently reissued 1972 FMP debut Pakistani Pomade (Atavistic/Unheard Music Series), the Schlippenbach Trio extrapolated the mass and propulsion of Taylor’s early ’60s trio with Murray and Jimmy Lyons-while bypassing Taylor’s moorings in Ellington and the alto saxophonist’s in bebop. Decades of refinement have resulted in a thoroughly integrated ensemble music that is spontaneously generated yet taps a vast collective memory. Subsequently, the music on CDs like Swinging the Bim falls between conventional notions of free improvisation and composition.

Accordingly, Schlippenbach does not see a great divide between improvisation and composition. Contrary to stereotype, the free-music pioneer vigorously champions a variety of modern jazz-composition styles with his Berlin Contemporary Jazz Orchestra, which has issued recordings on ECM, FMP and DIW (Globe Unity stalwarts like Parker, Lovens and saxophonist Gerd Dudek are members, too).

“I am a composer and an improviser-probably more an improviser,” Schlippenbach says. “Composition is a great idea to give the music a certain direction. If you are working with improvisers, composition can serve the improvisational potency of the players. A short theme, a motive or a concept that gives scope to the development of improvisational energy can give the improvisers a certain kick as well as a constructed fugue. A group of advanced improvisers can easily play a concert without using a piece. That’s the way Globe Unity and my trio with Parker and Lovens work. The performance of a composition depends on the commission, the choice of the players and other conditions. It can be very different [from performance to performance]. I am always interested in it. But improvising is my main concern.” And it’s Schlippenbach’s unifying theme. Originally Published May 1, 2004

Guitarist Will Bernard bears the bittersweet blessing of virtuosic skill and eclectic taste, making his music a perpetual delight and yet hard to categorize. Maybe … END_OF_DOCUMENT_TOKEN_TO_BE_REPLACED

At 95, Chicago-based guitarist George Freeman is among the world’s oldest active jazz musicians. Although he came of musical age in the 1940s and counts … END_OF_DOCUMENT_TOKEN_TO_BE_REPLACED

When you’re on TV, everybody knows you, or at least thinks they know you. Take Kevin Eubanks, who was on NBC’s Tonight Show five nights … END_OF_DOCUMENT_TOKEN_TO_BE_REPLACED