Skip to content
Become a member and get exclusive access to articles, live sessions and more!
Start Your Free Trial
Home > Features > Albert “Tootie” Heath: Give the Drummer Some 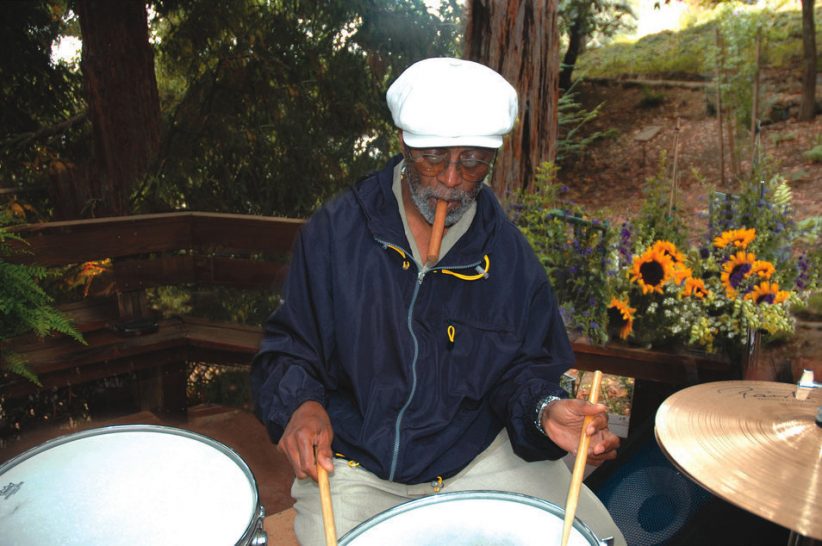 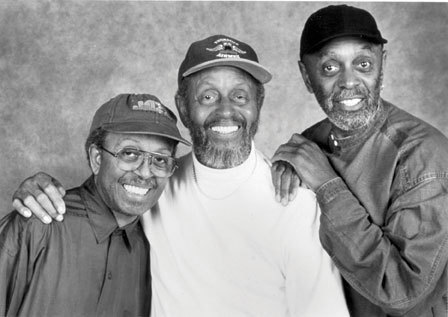 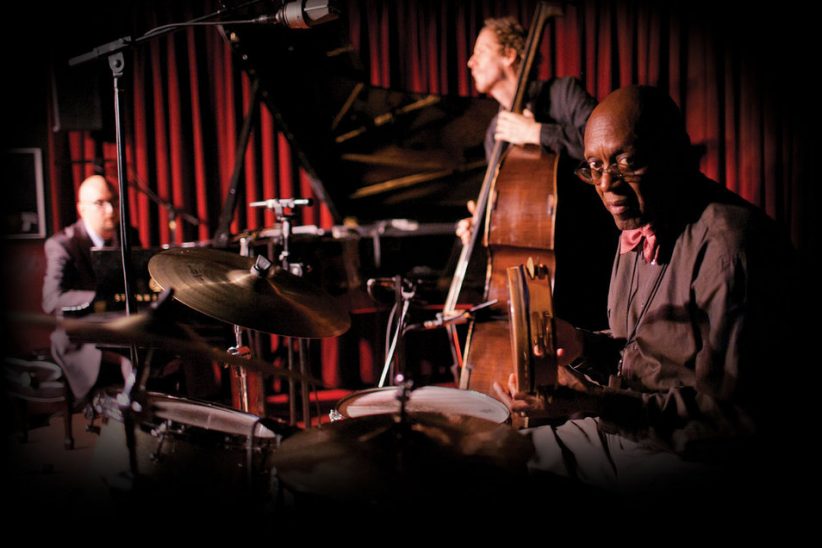 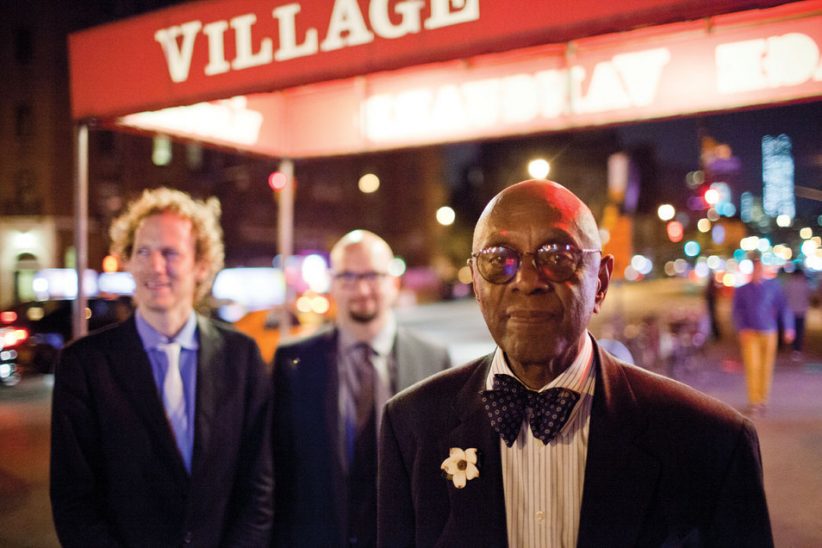 Ben Street, Ethan Iverson and Tootie Heath (from left), outside the Village Vanguard in August 2013

During a run at the Village Vanguard in late August, the drummer Albert “Tootie” Heath and his trio played about 12 succinct songs per set. How is it possible that Heath pulled the same gag at the end of each tune, and every time somebody laughed?

It went like this: He let the last cymbal stroke or bass-drum pound ring out, looked to his left and made conniving eye contact with someone in the audience. Just when you were sure he wasn’t going to bother doing it this time, he reached up with his thumb and forefinger, as if grabbing a lamp switch’s string, and yanked. He clamped the hi-hat pedal-Kssstch!-and aped surprise at the sound. The room broke up.

There’s nothing to it, and it should’ve been ridiculous by the second or third go-round. But for a jazz drummer of Heath’s ilk, there may be no higher compliment than this: He makes the repetitious engrossing.

Heath, 78, also eliminates repetition where others would be content to let things ride. Most of the tunes during those sets were familiar (“Confirmation,” “Tin Tin Deo,” “Stompin’ at the Savoy”), but he gave them each a different set of shapes and colors. His swing feel could swell from earthy to buoyant in one fell measure, or veer into calypso for a quick changeup. He played entire tunes on just tambourine and bass drum, and remained something to watch the whole time. There was a 40-second passage during “How Long Has This Been Going On?” when he draped his brush across the ride cymbal in a long, floating embrace, and I swear the rustling sound alone made me think something was stuck in my throat. I couldn’t tell you why.

Heath’s trio features two much younger musicians who grew up memorizing classic records on which he plays: the pianist Ethan Iverson and the bassist Ben Street. The group released a new album in August, Tootie’s Tempo (Sunnyside), and although his identity as the leader feels overstated (Iverson brought the band together and selects most of the tunes), he gives the date a special sense of lift.

Heath doesn’t contribute any bona fide originals to the record, but in a way he subverts the idea that a song’s creation ends when the composer puts down the pen. “When you hear someone play a lot, and then you hear them play their own song, they blossom from inside. It becomes very heartfelt in this really moving way,” Street says. “Tootie does that on most songs-which is just incredible.”

If you recognize Tootie Heath’s name, it’s probably through association: He’s the youngest of the famous Heath Brothers, the drummer on classic dates by Wes Montgomery and John Coltrane and Nina Simone. An expert listening to a record he’s on might be able to pick out his distinctive touch on the cymbals, pert and frizzled with charm, but it’s just as likely that he or she won’t. A big part of Heath’s appeal is his ability to embed his personality, to convey the illusion that he would be almost nothing without the present surroundings.

Heath arrived on the New York scene at the end of the 1950s, the headiest and most splintering moment in jazz’s history, and from there he never lingered long enough in one city or style to become sedentary. He’s known as a bop drummer, straight up and down, but that’s imposed: His career traces jazz’s flirtation with the Western classical avant-garde, R&B, North Indian improvisation, abstract expressionism and Afrocentrism. In the 1960s he even learned to play a host of European and African flutes, which he still does from time to time.

The limited collective recall around Tootie Heath’s legacy comes from the lenses through which we view it. The band that he started with his more famous brothers, tenor saxophonist Jimmy and bassist Percy, has typically stuck to straightahead. The avant-garde musicians he developed relationships with didn’t get as famous as his bop associates. Heath’s strong solo albums-which give a captivating glimpse into his aesthetic sense, politics and range-never got proper distribution. Though he’s accorded a sort of vague reverence in the jazz community, the dots on Heath’s own personal timeline seem to have drifted into an uncollected scramble.

And he’s not likely to go about running his own restitution campaign. “I doubt that he really cares” about recognition, says the pianist Kenny Barron, who has played with Heath in a range of ensembles. “I think he made his life and I think he’s happy with it.”

But the release of Tootie’s Tempo offers a moment for a public reconsideration. Why do we misremember this man’s career as one-sided? Within the hard-bop realm, why is he often left off the list of all-time greats? Considering his credentials and complementary prowess, shouldn’t he be an NEA Jazz Master by now, as his brothers are? Could somebody at least build this man his own website, please?

When you’re on TV, everybody knows you, or at least thinks they know you. Take Kevin Eubanks, who was on NBC’s Tonight Show five nights … END_OF_DOCUMENT_TOKEN_TO_BE_REPLACED

Jimmy Katz leads many lives. He is the preeminent currently active jazz photographer, and has shot more than 200 magazine covers and over 600 recording … END_OF_DOCUMENT_TOKEN_TO_BE_REPLACED

Take a look at Blue Note Records’ release schedule for 2022 and it’s hard to miss the significant percentage of electronic-oriented music. In March, the … END_OF_DOCUMENT_TOKEN_TO_BE_REPLACED