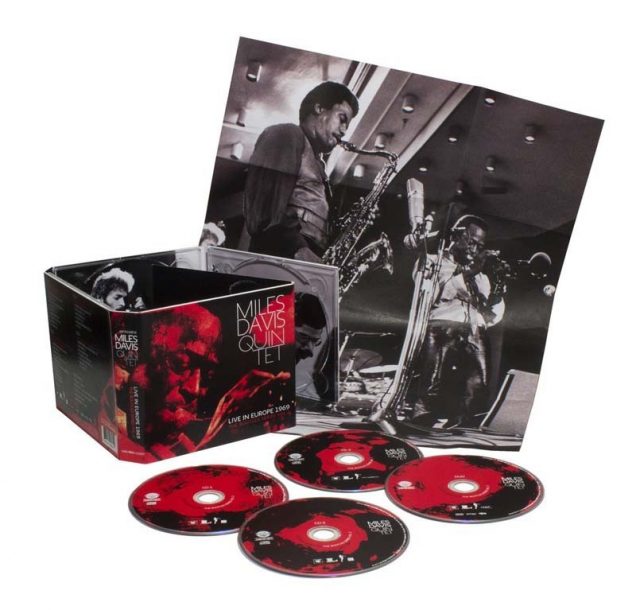 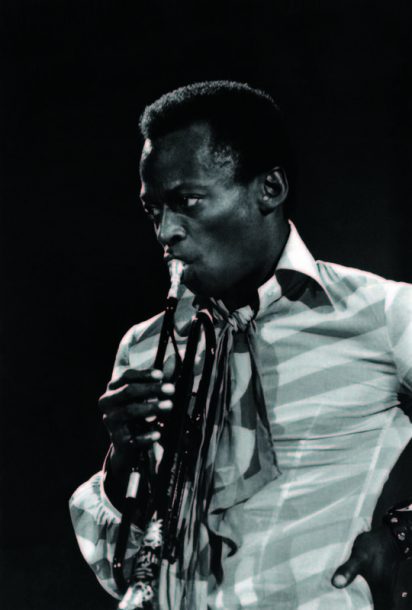 Sony Legacy’s official Live in Europe 1969: The Bootleg Series Vol. 2 is the best and easiest place to start any serious investigation into the infamously under-recorded Lost Quintet. The three-CD/single-DVD set, released in 2013, documents two consecutive nights in Antibes, plus concerts in Stockholm and Berlin. The never-repeated “Milestones,” from the first CD, and a version of “Nefertiti,” from the third, are more than worth the price of admission. The Berlin show, which occupies the DVD, had long been available as a Spanish import titled The 1969 Berlin Concert. Meanwhile there exists an exciting video online-albeit black-and-white and in two installments due to length-of the 7.25.69 Antibes appearance included only as audio in the Sony set. And there’s much more out there.

The best example of non-Sony content by the Lost Quintet is Paraphernalia (Salle Pleyel in Paris, 11.3.69), which looks and sounds completely legitimate, with tunes and composers correctly credited. The program includes “Directions,” “Bitches Brew,” “Paraphernalia,” “Riot,” “Sanctuary,” “Miles Runs the Voodoo Down” and “The Theme.” This material is every bit as good as the Sony stuff and has been released on various Italian labels. (The color video of the concert, viewable online, is impressive as well.) As was standard operating procedure for Miles at the time, he somehow shuffles the same two handfuls of tunes into unique suites.

Another Italian CD import, Double Image, is more dubious. Only two tracks are listed, incorrectly: “Double Image” and “Gemini”-which, of course, are titles from Live-Evil. What you’re really hearing is a crude fade-in on Chick Corea’s “This,” including some avant-garde playing for almost nine minutes, replete with severe, intentional-or-not feedback during Dave Holland’s arco feature, which then segues into “‘Round Midnight” before transitioning into “Masqualero.” The second half contains “Bitches Brew,” “Miles Runs the Voodoo Down,” “Agitation,” “I Fall in Love Too Easily,” “Sanctuary” and “The Theme.” Although the cover states “Recorded live in Paris, 1969,” this is actually from a date in Rome on 10.27 of that year. The fake titles and incorrect information imply an avoidance of copyright/licensing issues. The source black-and-white video, also searchable online, is truncated by inexplicable fade-outs and edits.

That October ’69 gig has also been imported as part of the CD set Live in Rome and Copenhagen, on various labels. The Copenhagen section, from 11.4.69, was filmed in color by Denmark Radio-also Googlable-and presents “Bitches Brew,” “Agitation,” “Sanctuary,” “It’s About That Time” and “The Theme.” All of the unit’s trademarks are in evidence: Miles and Wayne Shorter’s fluid unison phrasing, a clarion simplicity that somehow complements Jack DeJohnette’s hide-and-seek avoidance of the “one”; the closing theme organically and sometimes almost unrecognizably arising from whatever tune preceded it.

If you dig deep enough, audio can be found from a date during the third week of July 1969 at Brooklyn’s Blue Coronet. Sound quality is as to be expected from an amateur recording in a bar on “This,” “Agitation,” “No Blues” and a fade-out segment of “Paraphernalia.” During Shorter’s tenor solo on “Agitation,” you can hear a waitress complain, “I can’t hear you,” to a customer trying to order over the power of the band. It doesn’t get any more real than that.

When you’re on TV, everybody knows you, or at least thinks they know you. Take Kevin Eubanks, who was on NBC’s Tonight Show five nights … END_OF_DOCUMENT_TOKEN_TO_BE_REPLACED

Jimmy Katz leads many lives. He is the preeminent currently active jazz photographer, and has shot more than 200 magazine covers and over 600 recording … END_OF_DOCUMENT_TOKEN_TO_BE_REPLACED

Take a look at Blue Note Records’ release schedule for 2022 and it’s hard to miss the significant percentage of electronic-oriented music. In March, the … END_OF_DOCUMENT_TOKEN_TO_BE_REPLACED

Those who are only familiar with bassist Martin Wind’s jazz credentials—both as a leader and as a first-call sideman for Bill Mays, Dena DeRose, Ken … END_OF_DOCUMENT_TOKEN_TO_BE_REPLACED