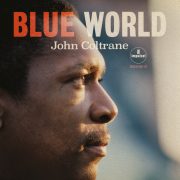 In my JazzTimes record review, I said Blue World might not win the historical category this year because it is only 37 minutes long and contains only eight takes of five tunes. My bad. When there is John Coltrane music never heard before, performed by the greatest small jazz ensemble of all time at the top of its game, recorded by no less than Rudy Van Gelder, the jazz world seizes upon it, and why not? T.C. 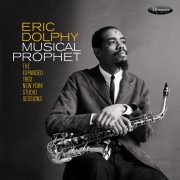 In the summer of 1963, Eric Dolphy recorded two long sessions for FM Records. The unreleased tracks from those sessions—both the unaccompanied duets with bassist Richard Davis and the piano-less ensembles with Bobby Hutcherson, Woody Shaw, and others, supplemented by a surprising avant-garde collaboration with Bob James—are finally available on this set, revealing Dolphy’s rapidly evolving skills at composition and playing bass clarinet, flute, and alto sax. He was dead 13 months later. G.H. 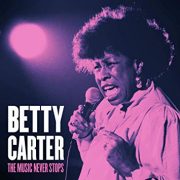 Further proof that improvisation was more essential to Betty Carter than to any other jazz vocalist. Her commanding arsenal goes beyond the rhythms of scatting; her tone, timbre, and note-shaping possess the mercurial integrity of master soloists on any instrument. This 1992 live recording at Lincoln Center thrives under Carter’s quality control: A mentor of equal caliber to Blakey and Miles, she handpicked a series of trios to back her for an event she helped bankroll. B.R. 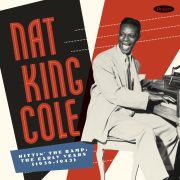 This seven-CD/10-LP compendium reaffirms that from the start, long before the pop-informed hits that thrust him into the show-biz mainstream, Cole’s genius was full-blown. The comprehensive set of formative recordings—much of its contents newly discovered—displays the familiar Cole sophistication and distinctiveness despite his youth. Some sides jump like crazy, others are silky smooth; he’s still searching but he’s unmistakably Nat. J.T. 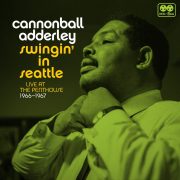 5. Cannonball Adderley Swingin’ in Seattle: Live at the Penthouse 1966-67 (Reel to Real)

This release marks the entry of a potentially important new label into the historical-jazz category. The package, including rare photos, is lovingly crafted. The music comes from four gigs at the Penthouse in Seattle in 1966 and 1967. It is not great Cannonball. It is very good Cannonball, which is to say it puts the work of most other alto saxophone players, living and dead, to shame. Brother Nat and Joe Zawinul also kill. T.C.