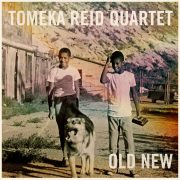 The title is an apt description. However abstract Reid’s cello gets with its screechy harmonics and clattering bow noise, and despite the Dali-esque droop of Mary Halvorson’s guitar tone, the playing here is grounded by the roots-deep rhythm of bassist Jason Roebke’s straightforward time and Tomas Fujiwara’s New Orleans-spiced drumming. So the blues are blessedly cliché-free and the bop swings with refreshing angularity, while the free blowing is tuneful and inspired. J.D.C. 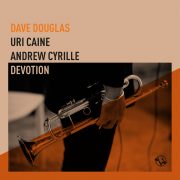 Jazz is glutted with tribute albums—to Bird, to Monk, to Dizzy—but Dave Douglas’ trio album Devotion is a more personal and nebulous kind of homage. The trumpeter’s compositions, written for pianist Franco D’Andrea (“D’Andrea,” “Francis of Anthony”), composer Carla Bley (“False Allegiances”), and even a Stooge (“Curly”), sound open and egoless, leaving room for pianist Uri Caine and drummer Andrew Cyrille to play off each other both sympathetically and irreverently. M.E. 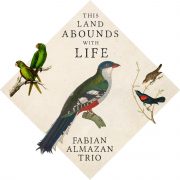 The “land” referred to in the title of Almazan’s excellent fourth album is—in most instances—Cuba, where he was born. The pianist traveled to his homeland in 2016 and brought back field recordings of bird song, among other things, which he features alongside his bandmates, bassist Linda May Han Oh and Henry Cole. The record functions as a love letter as well as a warning, as the threat of climate change looms. M.K. 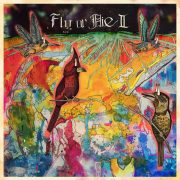 A pugnacious wail amid a polarizing period of American democracy, Fly or Die II is nevertheless more ambitious than it is angry. “Prayer for Amerikka Pt. 1 & 2,” a riveting punk-jazz narrative that channels vintage Patti Smith, deservedly draws the most attention, but there is an ever-twirling array of textures and moods that sashay forth. Trumpeter (and now vocalist) Branch has doubled down on the visceral appeal of her debut Fly or Die while expanding her musical scope. B.R. 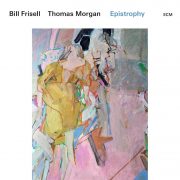 Yes, it’s more of the same: further recordings from the 2016 Village Vanguard duo engagement that gave us Small Town two years ago, with a similar set list (Motian, John Barry, “Wildwood Flower”). But does anyone really have a problem with a few extra quiet epiphanies? Frisell and Morgan further demonstrate their shared fondness for the surprising pause, as the Vanguard stage becomes a cozy cantina on the border between the expressed and the unexpressed thought. M.R.

Eddie Harris [saxophonist/keyboardist/vocalist, 1934-1996] means everything to me. I feel like if Eddie Harris wasn’t there, my life quality would have been completely different. He … END_OF_DOCUMENT_TOKEN_TO_BE_REPLACED

To use an age-old (but appropriate) simile, choosing the top 10 recorded examples of jazz drumming is like trying to pick your favorite child. Each … END_OF_DOCUMENT_TOKEN_TO_BE_REPLACED

This year marks the 50th anniversary of JazzTimes—and you can help us celebrate. We’re compiling a feature for our upcoming 50th-anniversary issue on the top … END_OF_DOCUMENT_TOKEN_TO_BE_REPLACED