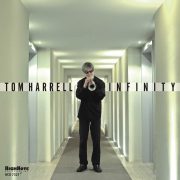 Joined by familiar associates, including drummer Johnathan Blake, the trumpeter and flugelhornist offers searing, soaring lines on well-drawn compositions that feel distinctly forward-looking. With saxophonist Mark Turner and guitarist Charles Altura (replacing piano for a more open sound) as chief foils, Harrell opens with the chugging groove and speedy head of “The Fast,” hints at Gaelic themes on “Dublin” and “The Isle,” and makes great use of a hypnotic riff on closer “Taurus.” P.B. 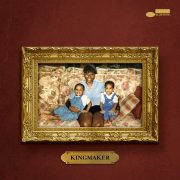 Ross is only in his early twenties, but he has already established himself as one of the most vital musicians on the scene—and on the vibraphone, no less. His debut as a leader is a refreshingly inventive postbop document, aware of the tradition but in no way bowing to it. Ross’ crisp, bell-like tone stands apart in his working quintet, Good Vibes, which also features alto saxophone, piano, bass, and drums. M.K. 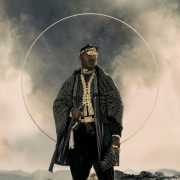 With its layers of roiling African-suffused percussion crossbreeding with Western instrumentation, gripping spoken-word interludes, and Adjuah’s own trumpet and electronics, Ancestral Recall teems with audacity and authority. At times there is an overpowering sense of otherworldliness and displacement within these incessantly engaging grooves, the music transcending conventional rules of time and space to forge its own self-contained world. J.T. 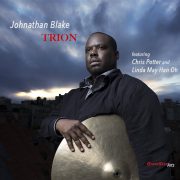 Trion launched the nonprofit Giant Step Arts program founded by photographer/recording engineer Jimmy Katz. Two hours of live music were beautifully recorded by Katz at the Jazz Gallery in New York. Three exceptional players (Johnathan Blake, Chris Potter, Linda May Han Oh) were given freedom, space, and time. They responded with epic 17-minute onslaughts of theme-and-variation like “Synchronicity I,” and by incinerating “Relaxin’ at Camarillo.” T.C. 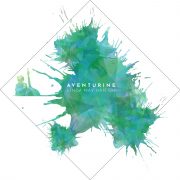 Bassist Linda May Han Oh has made waves as an accompanist, but Aventurine, named after a viridescent form of quartz, is her boldest leap forward to date as a composer. She expands her lineup to include a jazz quartet, a string quartet and, on four tracks, the Invenio Singers ensemble. These separate elements bond into a lucent whole, a reflection of both Oh’s master’s from the Manhattan School of Music and her mastery as an arranger. M.E.

Eddie Harris [saxophonist/keyboardist/vocalist, 1934-1996] means everything to me. I feel like if Eddie Harris wasn’t there, my life quality would have been completely different. He … END_OF_DOCUMENT_TOKEN_TO_BE_REPLACED

To use an age-old (but appropriate) simile, choosing the top 10 recorded examples of jazz drumming is like trying to pick your favorite child. Each … END_OF_DOCUMENT_TOKEN_TO_BE_REPLACED

This year marks the 50th anniversary of JazzTimes—and you can help us celebrate. We’re compiling a feature for our upcoming 50th-anniversary issue on the top … END_OF_DOCUMENT_TOKEN_TO_BE_REPLACED