Skip to content
Become a member and get exclusive access to articles, live sessions and more!
Start Your Free Trial
Home > Features > The Year in Review: Top 50 Albums of 2019

We calculated our top 40 new releases and top 10 historical/reissue recordings of 2019 based on year-end lists by our writers. They were asked to choose the 10 best new releases and five best historical titles—i.e., albums and box sets consisting primarily of music recorded 10 or more years ago. To see each voter’s ballot, skip ahead to page 6 of this feature. Albums and box sets released between Nov. 10, 2018 and Nov. 9, 2019 were eligible. Some discs may have slipped through the cracks, however, as official release dates shifted or weren’t available. 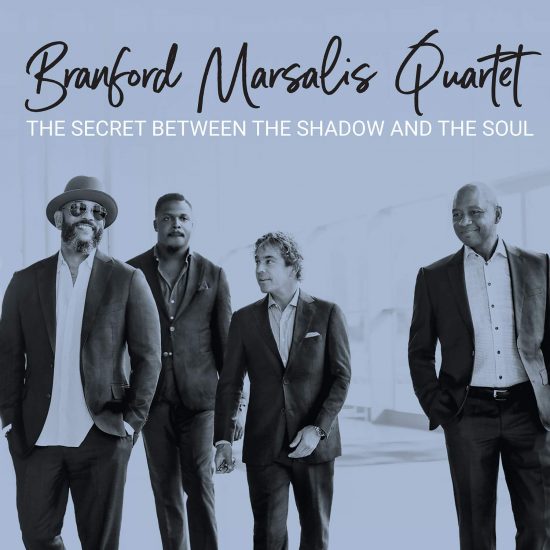 1. Branford Marsalis Quartet The Secret Between the Shadow and the Soul (OKeh)

That some will talk trash about the Marsalis brothers forever is a given. Wynton and Branford are jazz warriors unafraid to chart their individual courses against trend, against style, against East and West Coast jazz divisions. Branford and pianist Joey Calderazzo live in the South, bassist Eric Revis in L.A., and drummer Justin Faulkner wherever his hat falls; this seeming group dislocation is mirrored in the oddly open-ended but focused splendor of The Secret Between the Shadow and the Soul. While many pay mere lip service to the idea of free expression, the Quartet raise the creative stakes to incendiary levels, adding classical and operatic influences to the common jazz menu of blues, swing, and solos, with searing group interplay. An hour of envelope-smashing improvisations, the record tilts on Revis’ rowdy “Dance of the Evil Toys” and Calderazzo’s stately “Conversation Among the Ruins,” while Marsalis’ “Life Filtering from the Water Flowers” battles through nearly 10 minutes of nose-diving improvisations and refined instrumental ballistics. Andrew Hill’s “Snake Hip Waltz” and Keith Jarrett’s “The Windup” form the opposing poles of this album’s bipolar but beautiful character. K.M. 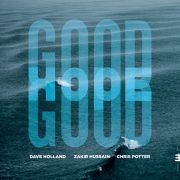 Saxophone, bass, and drums make a relatively standard trio—except when the drums are tablas, and the player is Zakir Hussain. But don’t mistake this for raga-jazz, as Hussain meets bassist Dave Holland and saxophonist Chris Potter on their own turf, sparking performances that range from the bass-driven “Good Hope” and the easy, tuneful “Island Feel” to the swirling group improvisation in “Lucky Seven.” J.D.C. 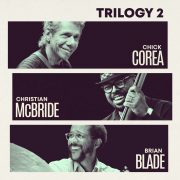 The ever-restless pianist collaborates with bassist Christian McBride and drummer Brian Blade on a double-disc sequel to their 2013 triple-disc release. Taking a mostly democratic approach to music making, they cook up arresting versions of Return to Forever tunes “500 Miles High” and “La Fiesta,” nod to Monk on “Crepuscule with Nellie” and the rarely played “Work” (also on the first Trilogy), and put creative spins on “How Deep Is the Ocean” and “But Beautiful.” P.B. 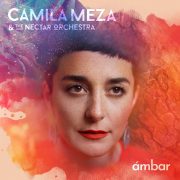 Rarely has a group been so aptly named; dipping into its bittersweet timbres may leave you drunk as a bumblebee. Over swirling strings and a subtly driving rhythm section, Meza sings and plays guitar with an emotional power that’s all the more compelling for how casual it seems. Eleven gorgeous Latin-inflected alt-jazz art songs are capped by a rendition of “This Is Not America” that’s both a tribute to heroes David Bowie and Pat Metheny and a deeply personal lament. M.R. 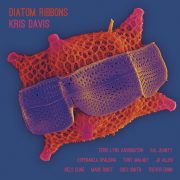 Ever since I was in the 7th grade, I have had a passion for jazz. I have always listened to and enjoyed a wide variety … END_OF_DOCUMENT_TOKEN_TO_BE_REPLACED

“My overall goal is trying to figure out how to connect the languages of jazz and classical to make an interesting and engaging performance, and … END_OF_DOCUMENT_TOKEN_TO_BE_REPLACED

We calculated our top 40 new releases of 2022 based on year-end lists by our writers. They were asked to choose the 10 best new … END_OF_DOCUMENT_TOKEN_TO_BE_REPLACED

We calculated our top 10 historical/reissue recordings of 2022 based on year-end lists by our writers. They were asked to choose the five best historical … END_OF_DOCUMENT_TOKEN_TO_BE_REPLACED