Skip to content
Become a member and get exclusive access to articles, live sessions and more!
Start Your Free Trial
Home > Features > Tyshawn Sorey Takes the Before & After Challenge 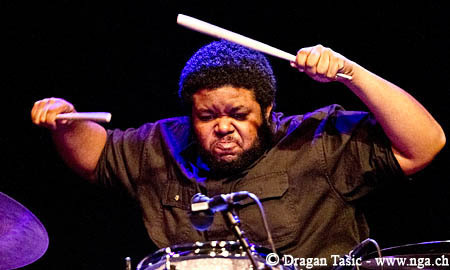 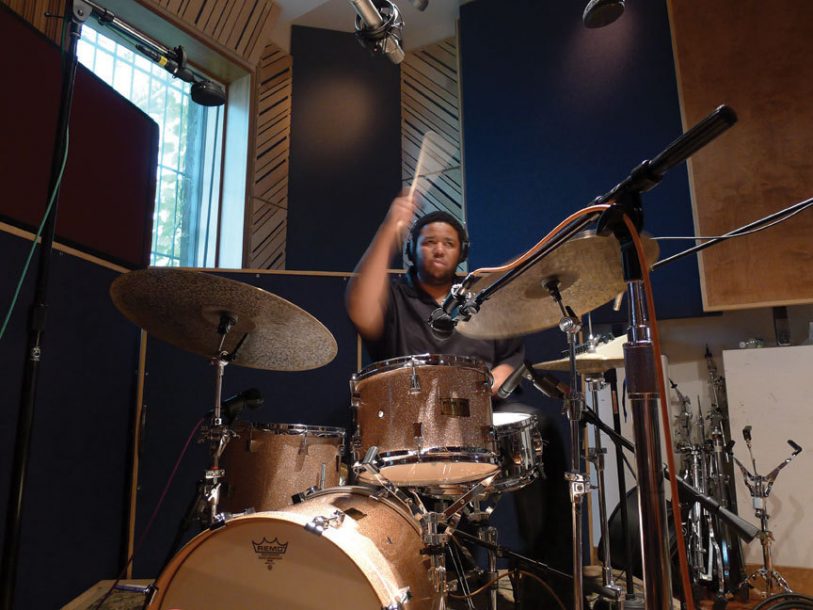 A Newark, N.J., native currently residing in Brooklyn, drummer-composer-pianist Tyshawn Sorey, 31, has emerged as a creative force in recent years as both a leader and as a sideman to the likes of Steve Coleman, Vijay Iyer, Wadada Leo Smith, Butch Morris, Muhal Richard Abrams and Dave Douglas. A protégé of composers Anthony Braxton and Alvin Lucier, both of whom he studied with at Wesleyan University, Sorey released his debut as a leader, the introspective two-CD set That/Not, in 2007 on the Firehouse 12 label. He followed with a minimalist, Zen-like approach to the guitar-bass-drums format on 2009’s Koan (482). His latest, Oblique – I on Pi Recordings, is a typically personal, cerebral affair that explores a wider range of dynamics and complexity than his previous outings. Made up of 10 pieces chosen from a collection of Sorey’s “41 Compositions,” it features alto saxophonist Loren Stillman, guitarist Todd Neufeld, bassist Chris Tordini and pianist John Escreet. “I developed that book of music for this band between 2002 and 2006,” he explains. “The funny thing is, the group stopped performing in 2007, and we only started coming together again just this year. So I was glad to be able to document this music with that group.”

A prolific composer, Sorey doesn’t distinguish between his writing and his work behind the kit. “It’s all in one package,” he says. “And even as a drummer I try to have a composerly intent. There are so many drummer-composers who came before me who are very important for me, and yet not a lot of people talk about them-people like Joe Chambers and Freddie Waits, for instance. People talk about their drumming but not their compositional output. So I think there needs to be some sort of development for drummer-composers to be able to present their work, sort of like what has been going on with FONT [Festival of New Trumpet Music]. Because too many times we’re often looked at as sidemen, or not musicians at all. For me, that’s not what I’m going for.”

Jim Keltner is, in two words, a legend, since the 1960s one of America’s most in-demand session drummers, lending not only impeccable chops but an … END_OF_DOCUMENT_TOKEN_TO_BE_REPLACED

Gregory Porter got a late start as a recording musician, but that was because he was busy flexing his chops on a culinary stage. His … END_OF_DOCUMENT_TOKEN_TO_BE_REPLACED

The sound that Horace Silver pioneered in the ’50s and ’60s—for a while, all but synonymous with the sound of Blue Note Records—is for many … END_OF_DOCUMENT_TOKEN_TO_BE_REPLACED

If you want to find out how good your sound system is, the worst way to do it is to play your favorite jazz albums. … END_OF_DOCUMENT_TOKEN_TO_BE_REPLACED