Skip to content
Become a member and get exclusive access to articles, live sessions and more!
Start Your Free Trial
Home > Features > The Top 50 Releases of 2016 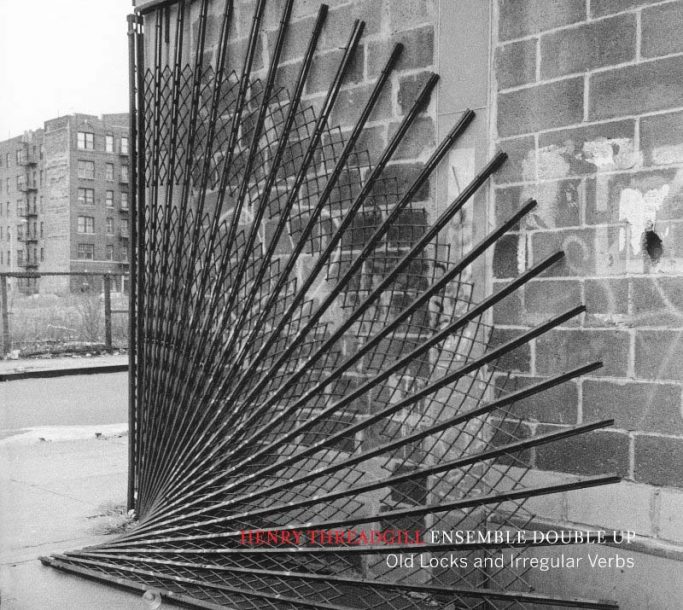 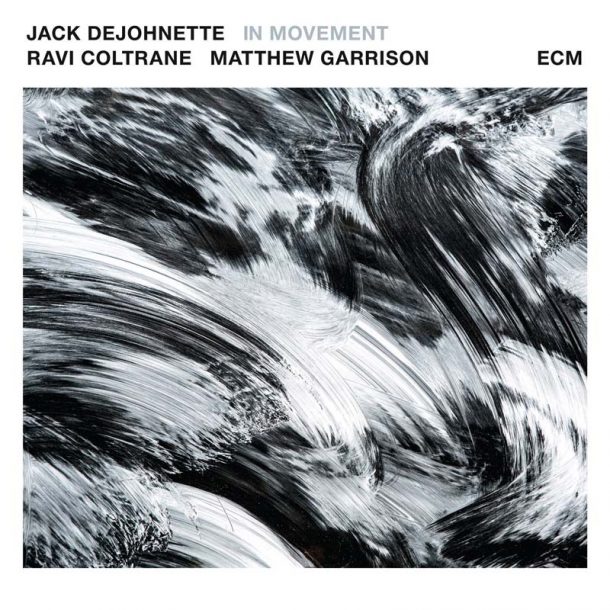 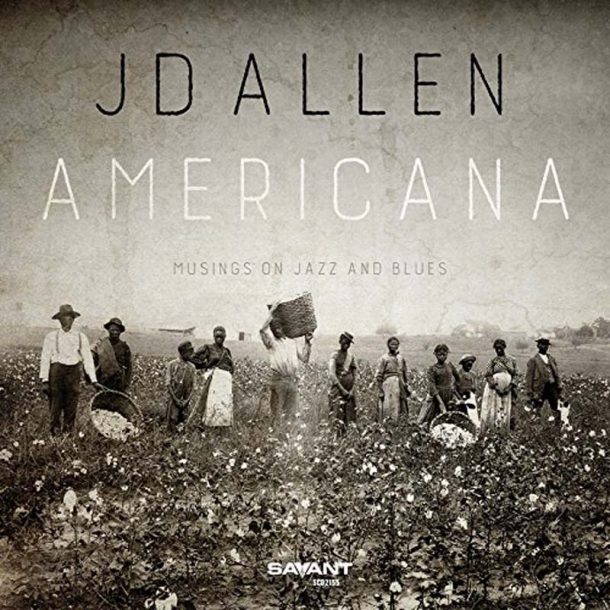 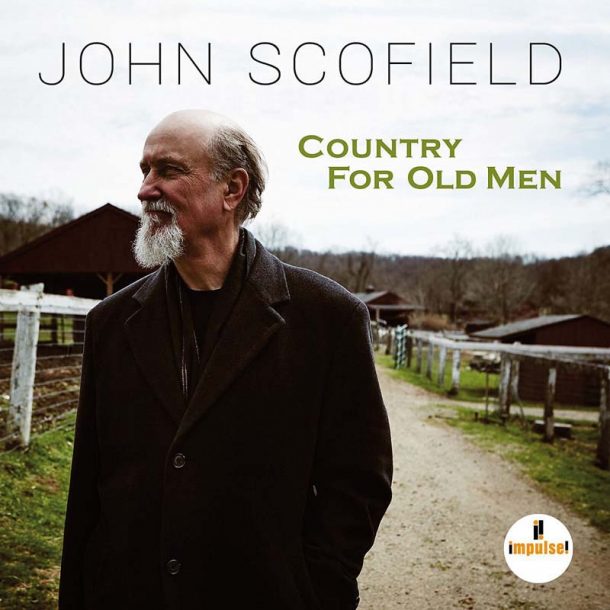 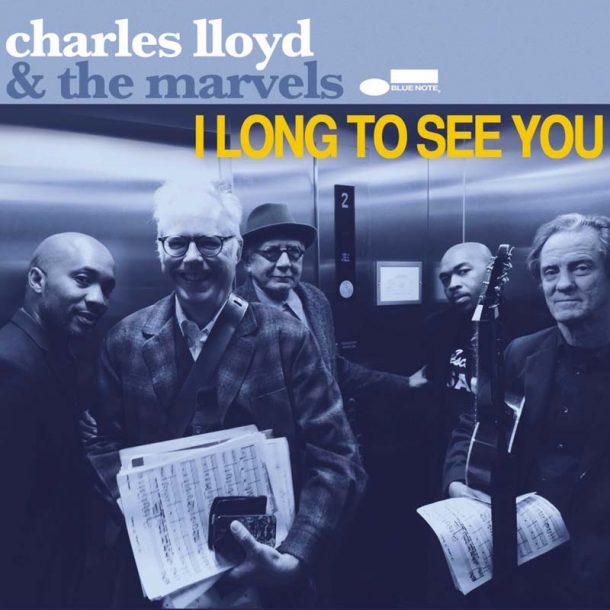 Charles Lloyd & the Marvels: I Long to See You 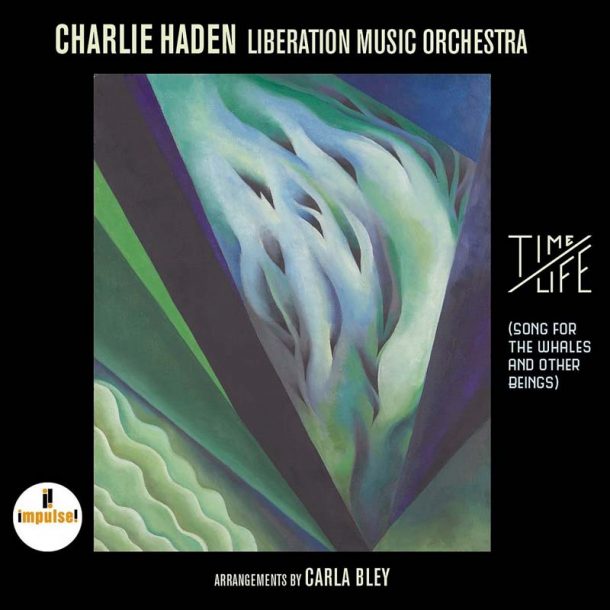 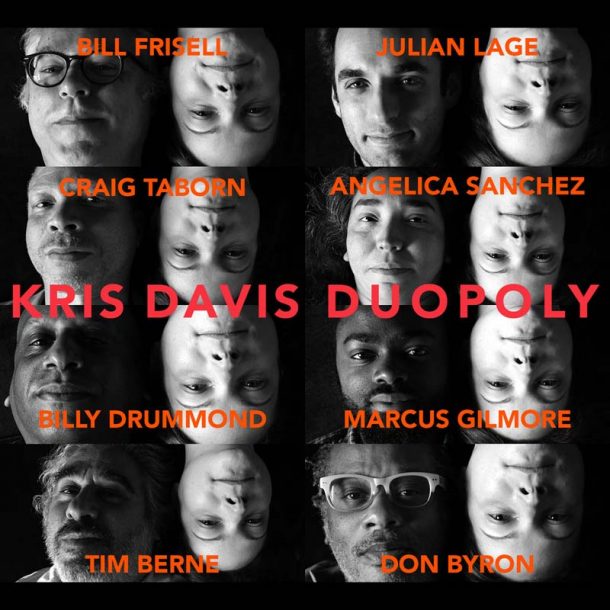 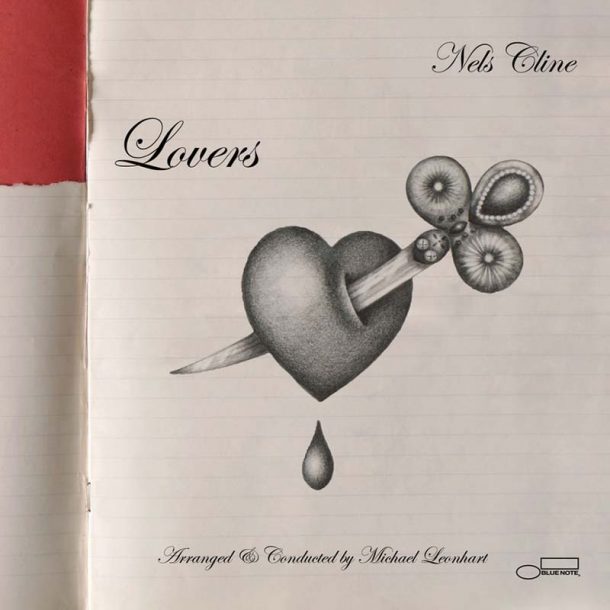 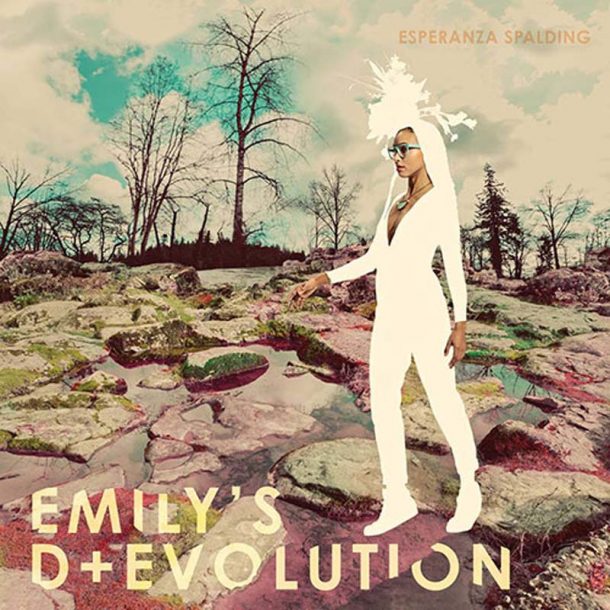 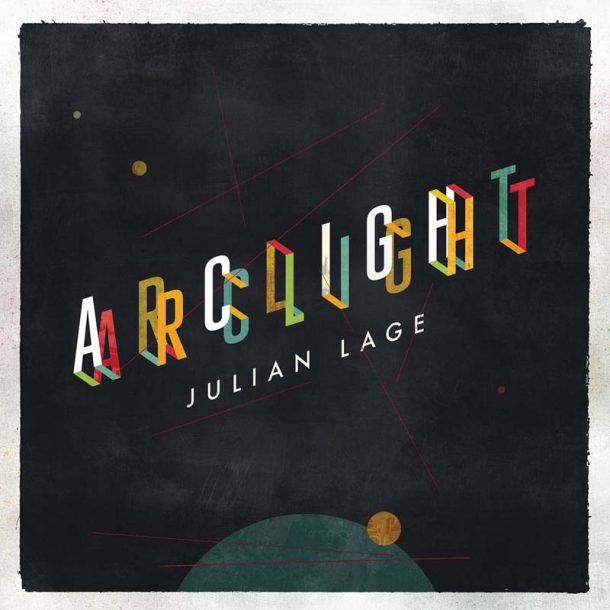 We calculated our top 40 new releases and top 10 historical/reissue recordings of 2016 based on year-end lists by our writers. They were asked to choose the 10 best new releases and five best historical titles—i.e., albums and box sets consisting primarily of music recorded 10 or more years ago. To see each voter’s ballot, log on to JazzTimes.com. CDs and box sets released between Nov. 4, 2015 and Nov. 8, 2016 were eligible. Some discs may have slipped through the cracks, however, as official release dates shifted or weren’t available.

1. Henry Threadgill Ensemble Double Up
Old Locks and Irregular Verbs (Pi)
Few jazz-rooted figures have made the transition into old-lion status while upping the audacity and integrity of their art, but the composer and musician Henry Threadgill, 72, continues to prove how complementary wisdom and daring can be. In April he was named the winner of the Pulitzer Prize for music, for 2015’s Pi release In for a Penny, In for a Pound, featuring  his vigilant working band, Zooid, though the award came off more like a painstakingly earned Lifetime Achievement nod.

Threadgill’s 2016 offering on Pi, Old Locks and Irregular Verbs, kicks open the door to more accolades. A momentous album that diverts from Threadgill’s patents as much as it encapsulates them, it features Ensemble Double Up, his first new band in well over a decade and the first to include piano (two, actually). The man himself composes and conducts but does not play—all the more fitting for an extended tribute to the late Butch Morris, who staked his claim initially as a cornet player but became one of the avant-garde’s most visionary bandleaders.

Parts One through Three of Old Locks are built for focused listening, full of the oblique counterpoint and upended concepts of interplay we expect from Threadgill, though largely without the funky thrust of Zooid. Then comes Part Four, a gorgeous benediction that proves Threadgill’s sense of consonant beauty is just as sharp as his knack for personal innovation. Catharsis this breathtaking rarely, if ever, occurs in jazz composition. E.H.

2. Jack DeJohnette/Ravi Coltrane/Matthew Garrison
In Movement (ECM)
A cross-generational lineup as gaudy as this has to contend with major historical baggage. But In Movement more than measures up to even the loftiest expectations that listeners may bring to it. That’s due in large part to Garrison’s inventive bass playing, which establishes a questing mood that Coltrane and DeJohnette are clearly happy to broaden and deepen. M.R.

3. JD Allen
Americana: Musings on Jazz and Blues (Savant)
The 44-year-old tenor titan mines the I-IV-V and the sax-bass-drums trio to find open corners for experimentation, reclaiming Americana as a genre with more capacious boundaries than the codified campfire harmonizing it has come to represent. Bright but with ballast, Allen’s singular sound embodies what Ralph Ellison called “blues-toned laughter.” A.L.

4. John Scofield
Country for Old Men (Impulse!)
Scofield’s brilliance rests in his ability to utilize both his soul-deep love of roots music and his mastery of modern-jazz harmony within the same tune—and often within the same solo. That interdependence defines this collection of C&W interpretations, which often feels as homey as a honky-tonk yet remains full of surprises. E.H.

5. Charles Lloyd & the Marvels
I Long to See You (Blue Note)
For his second recording on his new label, Lloyd dreamed of guitars. His tenor saxophone has always been the pure sound of spiritual aspiration, and now Bill Frisell and Greg Leisz (on pedal steel) surround it and bathe it in warmth and glittering light. It is ear candy of the highest order. “Shenandoah” may make you cry. T.C.

7. Kris Davis
Duopoly (Pyroclastic)
Davis proves herself to be an ideal dance partner throughout this wide-ranging set of duets. Pairing with eight very different instrumentalists for a composition and an improvisation each, the pianist always knows when to lead and when to follow, ensuring that each step falls with grace but into unexpected patterns. S.B.

10. Julian Lage
Arclight (Mack Avenue)
The former guitar prodigy’s first album on solidbody electric guitar—and first to feature a significant amount of other people’s compositions—has the kind of aggressively modest, whimsically self-deprecating tone that only the ultra-talented can get away with. And get away with it Lage does, balancing exquisite taste with occasional (and welcome) lapses into delightful excess. M.R.

11. Aziza
Aziza (Dare2)
Melodious, thrillingly energetic, effortlessly multi-cultural and not afraid of crazy time signatures, Aziza is everything you’d figure a band made up of Chris Potter, Lionel Loueke, Dave Holland and Eric Harland would be. Although its music is rooted in the fusion-minded ambitions of the ’70s, the unit’s unpretentious intelligence marks it as a true supergroup for our time. M.R.

12. Gregory Porter
Take Me to the Alley (Blue Note)
Four albums in, Porter’s genre-blurring brilliance shows no signs of abating, and the singer’s estimable songwriting chops are given their most vigorous workout yet, extending from the romantic disconnect of “In Fashion” and politicized rumble of “Fan the Flames” to the hushed, spiritual majesty of the title track. C.L.

13. Matt Wilson’s Big Happy Family
Beginning of a Memory (Palmetto)
Beginning of a Memory is a love letter to Wilson’s cherished late wife, Felicia, and to the musicians who’ve supported the warmly singular drummer-composer throughout his career. Traversing a vast range of styles and spirits—like life itself—the album both embodies and reinvents the concept of the jazz funeral. E.H.

14. Darcy James Argue’s Secret Society
Real Enemies (New Amsterdam)
Taken separately (except for some soundbites) from its paranoia-charged multimedia production, Real Enemies is a major extension of the big-band jazz vocabulary. It brings the twelve-tone compositional tradition into contact with film music, minimalism, Latin and Afro-Caribbean jazz, electronics and even the blues. Composer-bandleader Argue’s vision is a vast one. M.W.

15. Tom Harrell
Something Gold, Something Blue (High Note)
Harrell adds kindred spirit Ambrose Akinmusire for a two-trumpet quintet, trading bold phrasing and a buffered tone over the complex changes on nine new, inimitable Harrell compositions, plus “Body and Soul.” He’s still refreshing—himself and his listeners—as he sidles into his 70s. B.R.

16. Jaimeo Brown Transcendence
Work Songs (Motéma)
On his follow-up to 2013’s Transcendence, drummer-composer Brown and collaborator/co-producer Chris Sholar—along with saxophonists Jaleel Shaw and JD Allen, a bevy of vocalists and deftly integrated electronics—tell stories of strength drawn from hardship. But the real stars are the sampled sounds of prisoners, miners and craftsmen, from which Brown constructs his elating tales. J.T.

17. Avishai Cohen
Into the Silence (ECM)

24. Mary Halvorson Octet
Away With You (Firehouse 12)

1. Bill Evans
Some Other Time: The Lost Session From the Black Forest (Resonance)
For Evans devotees, At the Montreux Jazz Festival, recorded on June 15, 1968, is a foundational document. Imagine the excitement when a previously unknown session, recorded five days later in a superb German studio, was discovered and published in a lavish two-CD or vinyl package, including a “Lover Man” for the ages. T.C.

2. Thad Jones/Mel Lewis Orchestra
All My Yesterdays (Resonance)
It was incredible luck for all of us that this legendary band’s debut gig at the Village Vanguard was recorded in such expert fashion, and that the tapes survived. Fifty years later, what we hear is the sound of brilliant musicians being given a chance to unleash their ideas on the world for the first time, and making the absolute most of it. A treasure. M.R.

3. Larry Young
In Paris: The ORTF Recordings (Resonance)
In the first previously unreleased Larry Young recording in the four decades since his passing, history has almost caught up with the trail of B-3 organ grease left in his wake. From the ORTF studio in Paris, virtuosic trumpeter Woody Shaw stretches out for the kind of extended cuts that could never have fit on Young’s 1966 classic, Unity. A.L.

4. Sonny Rollins
Holding the Stage: Road Shows Vol. 4 (Doxy/OKeh)
Almost half of the latest installment in the epic Road Shows series comes from a concert in Boston, four days after 9/11. Rollins’ first choices from the Boston material were released in 2005 as Without a Song. Vol. 4 is the least essential entry, but “In a Sentimental Mood” is sublime. T.C.

5. Miles Davis Quintet
Freedom Jazz Dance: The Bootleg Series Vol. 5 (Columbia/Legacy)
Fun for fans and revelatory for researchers, this new installment in Legacy’s titanic Bootleg Series makes you a studio assistant to Teo Macero and the Second Great Quintet. The false starts and trash talk are all there for the savoring, but it’s the leader’s empathetic support and merciless self-criticism that make the most profound impression. E.H.

In line with many resourceful jazz practitioners, Gilad Hekselman responded to the enforced isolation of the COVID-19 pandemic with a turning-lemons-to-lemonade attitude that ultimately eventuated … END_OF_DOCUMENT_TOKEN_TO_BE_REPLACED

It was the 1950s. Bebop had established itself as the new paradigm of jazz, but its newest popular variant, “cool jazz” or “West Coast jazz,” … END_OF_DOCUMENT_TOKEN_TO_BE_REPLACED

Session players have always been my thing. Not to take away from the singers or bandleaders or what have you, but I’m more interested in … END_OF_DOCUMENT_TOKEN_TO_BE_REPLACED

Walter Smith III has been burning the candle at both ends. As he connected with JazzTimes via Zoom from a New York City hotel room … END_OF_DOCUMENT_TOKEN_TO_BE_REPLACED