Skip to content
Become a member and get exclusive access to articles, live sessions and more!
Start Your Free Trial
Home > Features > The Roots of Warren Wolf 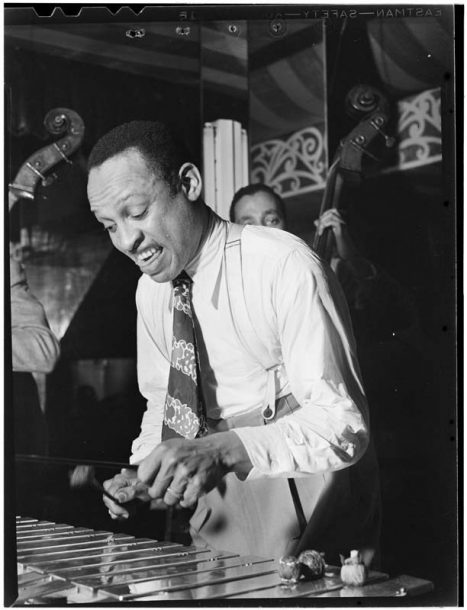 Early in his career, Wolf decided to stop listening to vibraphonists; it was too easy to copy them. But a few masters of the instrument still reached him.

“Bags” was the first whose vibes playing really spoke to Wolf. The Modern Jazz Quartet’s The Last Concert was one of his father’s favorites, and the younger Wolf also loved Jackson’s 1969 version of “Frankie and Johnny” with Monty Alexander and Ray Brown. “The way they were swinging so hard on that record, I was like, ‘I gotta get some of that,'” Wolf says.

People often assume that Burton was one of Wolf’s teachers at Berklee; in fact, he was the school’s vice president when Wolf was a student there. But Burton had already stupefied him through a recording with the GRP All-Star Big Band. “Gary was playing through these changes so much,” he says. “Fantastic musician.” Wolf paid tribute on his first album with a performance of “Señor Mouse,” Burton’s classic duet with Chick Corea.

Wolf’s vibraphone teacher at Berklee was the one who, inadvertently, inspired his student to shut out other vibes players. “Dave had such an impact on me that I pretty much sounded like a clone of him at one point,” he recalls. “I did my proficiency test in my first semester, and I passed-but they said, ‘We can tell you’ve been shedding a lot of Dave Samuels, because you’re playing all his stuff!'”

“Hamp is one of the most underrated drummers ever,” Wolf says. “There’s some videos I saw where Hamp was doing some drum battles with some guys, and he just tops them both.” Like Hampton, Wolf trained as a drummer, and approaches the vibraphone through that lens; even as he emphasizes melody, he identifies greatly with Hamp’s percussive attack.

In line with many resourceful jazz practitioners, Gilad Hekselman responded to the enforced isolation of the COVID-19 pandemic with a turning-lemons-to-lemonade attitude that ultimately eventuated … END_OF_DOCUMENT_TOKEN_TO_BE_REPLACED

It was the 1950s. Bebop had established itself as the new paradigm of jazz, but its newest popular variant, “cool jazz” or “West Coast jazz,” … END_OF_DOCUMENT_TOKEN_TO_BE_REPLACED

Session players have always been my thing. Not to take away from the singers or bandleaders or what have you, but I’m more interested in … END_OF_DOCUMENT_TOKEN_TO_BE_REPLACED

Walter Smith III has been burning the candle at both ends. As he connected with JazzTimes via Zoom from a New York City hotel room … END_OF_DOCUMENT_TOKEN_TO_BE_REPLACED