Skip to content
Become a member and get exclusive access to articles, live sessions and more!
Start Your Free Trial
Home > Features > The Best of Tim Berne 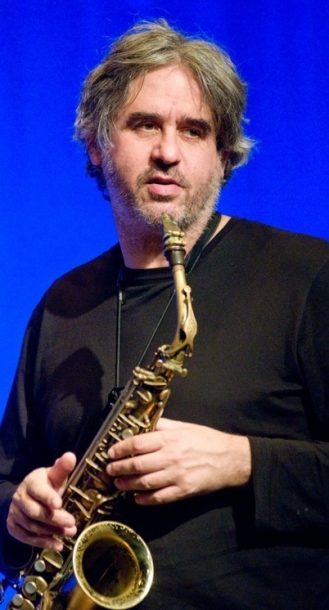 This quartet was Berne’s primary vehicle throughout the 1990s, expressing his compositional ideas in their most monumental fashion. Unwound sprawls out over three discs, with the 13-minute “Loose Ends” feeling like a jaunty miniature compared to the 20-40-minute epics that make up most of the set. The collection’s raw live sound captures the avant-garage interplay of the leader’s tartly jagged alto, Chris Speed’s skittering tenor, Michael Formanek’s burly bass and Jim Black’s scrapyard drumming.

The myriad hardcore-style band names under which Berne operates have often demarcated a reshuffling of the same basic elements, and Science Friction brings together three of his core collaborators in an electrifying quartet. Keyboardist Craig Taborn, guitarist Marc Ducret and drummer Tom Rainey offer the composer his widest-ranging palette, which he uses to dense, livewire advantage on this two-disc live set.

A Downtown alto duel in honor of a legendarily out-thinking alto forebear, Zorn’s tribute to Ornette Coleman assaults 17 of the saxophonist’s compositions with breakneck punk abandon. Accompanied by the pummeling rhythm section of bassist Mark Dresser and drummers Joey Baron and Michael Vatcher, Zorn and Berne maneuver Coleman’s sharp angles at a screeching pace that doesn’t entirely avoid smashing into a few walls along the way.

One-third of Berne’s improvisational trio Paraphrase, impossibly in-demand bassist Gress reassembled his quintet with Berne, Taborn, Rainey and trumpeter Ralph Alessi for the follow-up to 2005’s 7 Black Butterflies. The album is a more tightly grooving affair than Berne’s more jagged-edged outings, showcasing Gress’ gift for shifting between inside and outside inventions.

Here, guitarist and producer David Torn dissects and reassembles his sessions with Berne, Taborn and Rainey, electronically layering, looping and reconfiguring the improvisations. The result plays with ideas of mutation and decay, using the recording process as the first step in a postmodern sonic collage.

In line with many resourceful jazz practitioners, Gilad Hekselman responded to the enforced isolation of the COVID-19 pandemic with a turning-lemons-to-lemonade attitude that ultimately eventuated … END_OF_DOCUMENT_TOKEN_TO_BE_REPLACED

It was the 1950s. Bebop had established itself as the new paradigm of jazz, but its newest popular variant, “cool jazz” or “West Coast jazz,” … END_OF_DOCUMENT_TOKEN_TO_BE_REPLACED

Session players have always been my thing. Not to take away from the singers or bandleaders or what have you, but I’m more interested in … END_OF_DOCUMENT_TOKEN_TO_BE_REPLACED

Walter Smith III has been burning the candle at both ends. As he connected with JazzTimes via Zoom from a New York City hotel room … END_OF_DOCUMENT_TOKEN_TO_BE_REPLACED