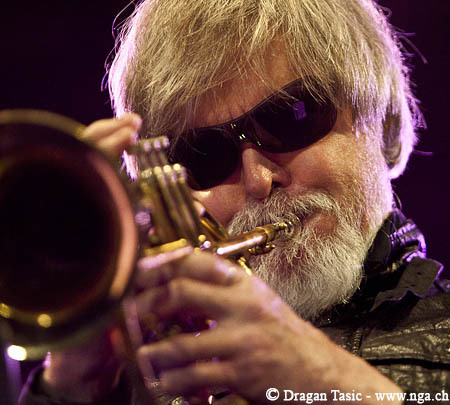 Bird wasn’t the first jazz musician to record with a string orchestra, but the early 1950s sessions collected on Charlie Parker With Strings set a template that subsequent jazz projects have either followed or pointedly ignored. While the Parker charts weren’t adventurous or particularly interesting, the album fulfilled his longtime orchestral ambition and introduced the alto saxophonist to the general public as a supremely lyrical player. Here are five other landmark jazz projects with strings.

No jazz artist was better suited, by temperament and tone, for string accompaniment than tenor saxophone great Ben Webster. Containing three mid-1950s albums, Webster’s Music With Feeling and Music for Loving and Harry Carney With Strings, this double-CD features some of Bean’s most breathtaking balladry. Ralph Burns is responsible for most of the arrangements, which serve the featured horns wonderfully. But the album opens with Billy Strayhorn’s sublime setting for his melancholic tone poem “Chelsea Bridge,” a piece that Webster recorded several times and which is worth the price of admission alone.

Neal Hefti’s arrangements provide little more than sweetening for Brownie’s sumptuous tone, and the trumpeter never stretches out on the brief renditions of American Songbook standards. But what a sound! Recorded 18 months before the trumpeter’s death, the album is an essential part of his tragically foreshortened discography.

Getz often cited this album as his favorite among his many recordings, and it’s easy to hear why. Eddie Sauter composed and arranged the seven-part suite for the saxophonist, and Getz responded to Sauter’s alternately spikey, luscious, yearning and meditative settings with some of his most inventive playing (ably assisted by Roy Haynes).

A chamber-jazz session rather than an orchestral one, this Hank Jones project pairs his trio featuring Rufus Reid and Dennis Mackrel with the young Meridian String Quartet. Arranged and conducted by Manny Albam, the album showcases Jones’ refined piano touch and unerring taste. Highlights include a rhapsodic “My Funny Valentine” and galloping “Caravan.”

Trumpeter Harrell is hardly undersung, but really, the man deserves a statue or two. Among the finest works in his superlative discography, Paradise employs strings to expand his already capacious harmonic palette and add shimmering timbres to his already gorgeous writing. Poetic and elusively programmatic, the album consists of a nine-piece suite that evokes an array of lyrically charged scenes between the brisk, promise-laden “Daybreak” and the tempestuous closer, “Sunrise.”

In line with many resourceful jazz practitioners, Gilad Hekselman responded to the enforced isolation of the COVID-19 pandemic with a turning-lemons-to-lemonade attitude that ultimately eventuated … END_OF_DOCUMENT_TOKEN_TO_BE_REPLACED

It was the 1950s. Bebop had established itself as the new paradigm of jazz, but its newest popular variant, “cool jazz” or “West Coast jazz,” … END_OF_DOCUMENT_TOKEN_TO_BE_REPLACED

Session players have always been my thing. Not to take away from the singers or bandleaders or what have you, but I’m more interested in … END_OF_DOCUMENT_TOKEN_TO_BE_REPLACED

Walter Smith III has been burning the candle at both ends. As he connected with JazzTimes via Zoom from a New York City hotel room … END_OF_DOCUMENT_TOKEN_TO_BE_REPLACED