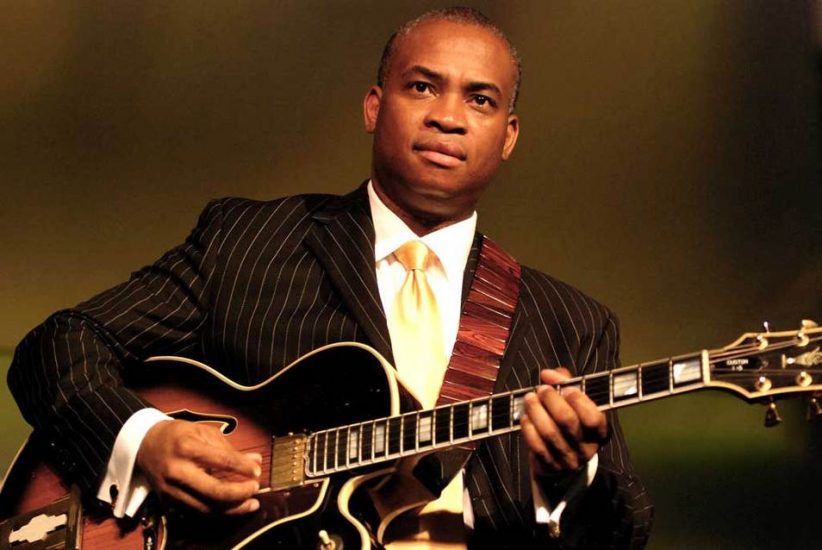 A player of extraordinary facility with a warm tone and engaging presence, guitarist Russell Malone broke onto the scene in the late 1980s with organ legend Jimmy Smith and went on to high-profile gigs with Harry Connick Jr. and Diana Krall in the 1990s. He began recording as a leader with his self-titled debut on Columbia in 1992, and subsequently released albums on Impulse, Verve and Telarc before hooking up with MaxJazz for 2004’s Playground. His most recent MaxJazz release, last year’s Triple Play, is a trio outing featuring bassist David Wong and drummer Montez Coleman.

The guitarist toured throughout 2010 as a member of Sonny Rollins’ band, and recently has been working in a trio featuring pianist Mulgrew Miller and bassist Ron Carter. An astute listener and scholar of the music, Malone, 47, showed an uncanny ability to identify the following guitarists in just a few notes.

Gregory Porter got a late start as a recording musician, but that was because he was busy flexing his chops on a culinary stage. His … END_OF_DOCUMENT_TOKEN_TO_BE_REPLACED

The sound that Horace Silver pioneered in the ’50s and ’60s—for a while, all but synonymous with the sound of Blue Note Records—is for many … END_OF_DOCUMENT_TOKEN_TO_BE_REPLACED

If you want to find out how good your sound system is, the worst way to do it is to play your favorite jazz albums. … END_OF_DOCUMENT_TOKEN_TO_BE_REPLACED

For our 2020 Year in Review section, we calculated the top 40 new releases and top 10 historical/reissue recordings of 2020 based on year-end lists … END_OF_DOCUMENT_TOKEN_TO_BE_REPLACED