This weekend (Aug. 3-5), 30,000 or so music enthusiasts will converge on a spit of land overlooking Narragansett Bay in Newport, R.I., for the annual Newport Jazz Festival. Since 1954, the festival has been a New England summer tradition (except for the nine years from 1972 to 1981, during which it emigrated from Newport to New York). Countless great moments in jazz history have taken place on its stages, and many of those moments were recorded and later sold to the public on long-playing albums, a move that would elevate the name “Newport” and cement its status as a top jazz brand.

It’s interesting to note how many superb live-at-Newport albums appeared during the festival’s initial 18-year run—and how few, superb or otherwise, have appeared in the decades since its return to Rhode Island (with occasional exceptions like Christian Scott’s 2008 Live at Newport, Dave Douglas’ 2011 United Front: Brass Ecstasy at Newport, and Joe Lovano’s Classic! Live at Newport, recorded in 2005 but not released until 2016). Did the great moments stop happening? Hardly. By the 1980s, Newport was so well-established that it no longer needed the kind of publicity those classic albums had provided. It’s also possible that the festival’s legendary impresario, George Wein, had an attitude shift. One suspects he asked himself at some point why he should let record companies continue their lucrative use of the Newport brand without giving the owners of that brand a substantial cut—a natural question for a good businessman to ask.

No matter what factors caused this change, we can at least be thankful for the abundance of amazing Newport albums made between 1954 and 1971. And so, in honor of Newport 2018, this week’s JazzTimes 10 runs down some absolute highlights of that golden era. 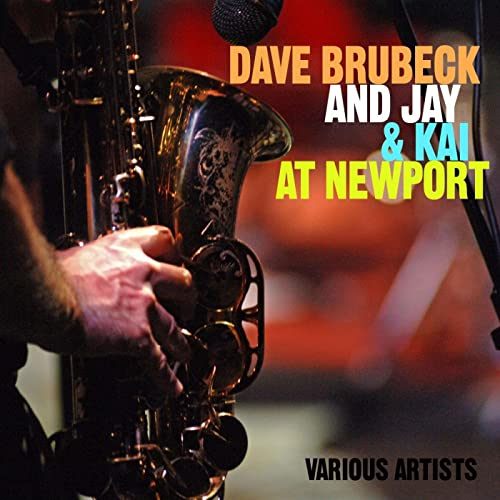 Understandably overshadowed by the epochal Ellington performance of the same year, this split set is nonetheless a treat from start to finish. Brubeck and Paul Desmond, three years away from “Take Five” but already operating on a high improvisational level, work brainy magic with their Bach-nouveau counterpoint on “Two-Part Contention.” On the other (vinyl) side, master trombonists J.J. Johnson and Kai Winding—in what was originally intended to be their last performance together as Jay & Kai—smartly slide their way through the latter’s “True Blue Tromboniums.”

Listen to, buy or download Dave Brubeck and Jay & Kai at Newport on Amazon!

Ever since I was in the 7th grade, I have had a passion for jazz. I have always listened to and enjoyed a wide variety … END_OF_DOCUMENT_TOKEN_TO_BE_REPLACED

“My overall goal is trying to figure out how to connect the languages of jazz and classical to make an interesting and engaging performance, and … END_OF_DOCUMENT_TOKEN_TO_BE_REPLACED

We calculated our top 40 new releases of 2022 based on year-end lists by our writers. They were asked to choose the 10 best new … END_OF_DOCUMENT_TOKEN_TO_BE_REPLACED

We calculated our top 10 historical/reissue recordings of 2022 based on year-end lists by our writers. They were asked to choose the five best historical … END_OF_DOCUMENT_TOKEN_TO_BE_REPLACED