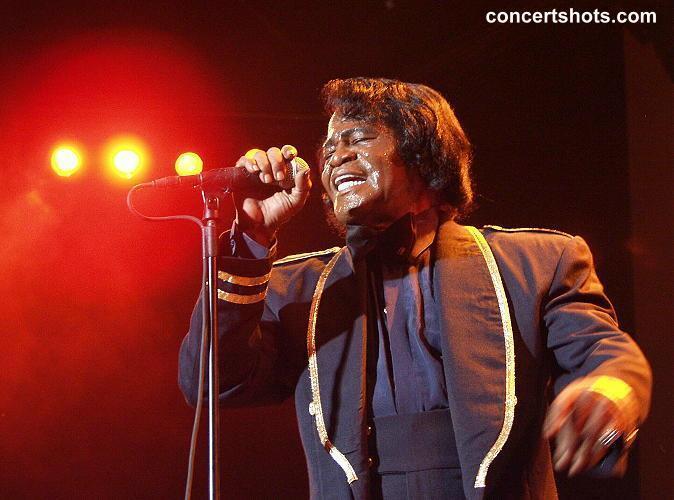 Maceo Parker joined James Brown’s band at the recommendation of his brother, the drummer Melvin Parker, and soon became Brown’s most prized and influential sideman. The original recording of “Papa’s Got a Brand New Bag” was seven minutes long, so engineer Ron Lenhoff got clever: He sped up the tape, raising the pitch by half a step, and cut it into two parts. The first track, driven by Brown’s vocals and Jimmy Nolen’s guitar, became a No. 1 hit and, with its heavy emphasis on the one beat, helped sire the funk genre. The second was essentially a Parker showcase-close to two minutes of peppy, blue note-wrangling soloing, with Brown introducing the avuncular catchphrase that he would utter to Parker countless times: “Blow your horn!”

MACEO AND ALL THE KING’S MEN
Doing Their Own Thing (House of the Fox, 1970)

Brown might have conferred fame on Parker, but he was reluctant to give him much else. The young saxophonist left the Godfather of Soul in 1970 as part of an exodus of sidemen who felt they were being overworked and underpaid. That year, he and the other defectors recorded this stellar, mostly instrumental funk workout. The group winnows out deep grooves, and on the seven-minute opening track, titled “Maceo,” Parker lets his sense of winding blues narrative shine.

After a brief rapprochement with Brown, Parker again abandoned him in 1975-this time to work with George Clinton’s Parliament, the most important funk group to innovate a new identity from the foundation Brown had laid. On this waggishly psychedelic masterpiece, Parker’s role is of support. But the value of his punched-out comping shouldn’t be overlooked; a brief, interstitial solo about halfway through “P-Funk (Wants to Get Funked Up)” makes that point succinctly.

When an alto saxophonist known for his funk playing and his comfortable glide between limpid and growling tones says he’s going to make a jazz record, you think twice. That would be smooth jazz, right? Not here: This is robust soul-jazz, all the way. From a New Orleanian cover of “Mercy, Mercy, Mercy” to a sauntering, organ-quartet treatment of Parker’s “Blues for Shorty Bill,” the record swings jovially while giving Parker plenty of room, and formats, in which to stretch out.

Along with elder-statesman status comes a sort of duty, which can work as privilege too. On this 2011 victory lap, Parker revitalizes gems from soul and funk’s gloried back catalogue, and gets to do it with a crack big band that includes the implacable jazz bassist Christian McBride. Tunes by Aretha Franklin, Stevie Wonder and, of course, James Brown get their due. The whole thing has the steadiness and gloss that you might expect from this kind of late-career album, as if the reins had been handed to a producer with an overactive EQ tool, but Parker’s enthusiasm keeps things lively.

In line with many resourceful jazz practitioners, Gilad Hekselman responded to the enforced isolation of the COVID-19 pandemic with a turning-lemons-to-lemonade attitude that ultimately eventuated … END_OF_DOCUMENT_TOKEN_TO_BE_REPLACED

It was the 1950s. Bebop had established itself as the new paradigm of jazz, but its newest popular variant, “cool jazz” or “West Coast jazz,” … END_OF_DOCUMENT_TOKEN_TO_BE_REPLACED

Session players have always been my thing. Not to take away from the singers or bandleaders or what have you, but I’m more interested in … END_OF_DOCUMENT_TOKEN_TO_BE_REPLACED

Walter Smith III has been burning the candle at both ends. As he connected with JazzTimes via Zoom from a New York City hotel room … END_OF_DOCUMENT_TOKEN_TO_BE_REPLACED