Skip to content
Become a member and get exclusive access to articles, live sessions and more!
Start Your Free Trial
Home > Features > Kenny Werner Takes the Before & After Challenge 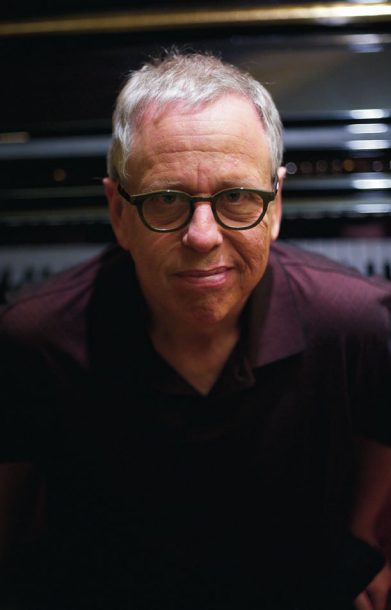 Pianist-composer Kenny Werner’s impact can be measured on a number of levels. As a theorist and teacher, his book/CD package Effortless Mastery: Liberating the Master Musician Within (Jamey Aebersold) has had a lasting influence on a generation of musicians since it was first published in 1996. As a player of great skill and imagination, Werner, 61, has led his various trios since 1981 and recorded dozens of sessions as a leader or sideman. In recent years he’s stepped up as a composer of larger-scaled works, receiving commissions from jazz and symphony orchestras in the U.S. and Europe. Werner’s ambitious 2010 recording, No Beginning, No End (Half Note), earned him a Guggenheim Fellowship, and his 2011 disc Institute of Higher Learning (also Half Note) documents his collaboration with the Brussels Jazz Orchestra. Other recent albums, like the quintet offering Balloons and last year’s Me, Myself & I (Justin Time), an intimate solo piano effort, showcase additional facets of Werner’s talent. He made time for this late-night listening session following his Kennedy Center performance with Toots Thielemans in the spring of 2011.

At first glance, Randy Klein and Alex Skolnick appear to be odd partners. Pianist/keyboardist Klein has a deep R&B and musical-theater background; guitarist Skolnick made … END_OF_DOCUMENT_TOKEN_TO_BE_REPLACED

Few things are more intimidating for a musician than playing in front of your idols. In 1985, Pete Malinverni, a 28-year-old itinerant jazz pianist who … END_OF_DOCUMENT_TOKEN_TO_BE_REPLACED

Perhaps you noticed that our JazzTimes 10 from the Swing Era was missing a crucial component. That wasn’t an accident: Count Basie is too important … END_OF_DOCUMENT_TOKEN_TO_BE_REPLACED