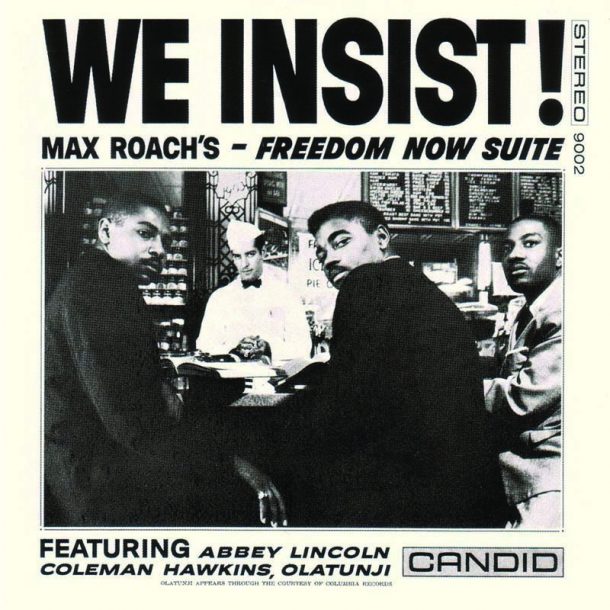 As written by Fats Waller and lyricists Harry Brooks and Andy Razaf for the revue Hot Chocolates, “Black and Blue” was the lament of a dark-skinned woman who’d been jilted by a light-skinned black man. But Armstrong, who was in the revue’s pit orchestra, transformed it into a grave protest anthem about an oppressed people’s psychic burden.

The frankness of “Strange Fruit” remains startling in 2016; in 1939, it was unimaginable. Holiday solidified her greatness, laying bare the horrors of lynching-then still a regular, accepted occurrence in parts of America-with a stark, stately power that made high art of writer Abel Meeropol’s left-wing polemic.

In jazz, We Insist! is all but synonymous with the civil-rights movement. It’s best known for its centerpiece, “Triptych: Prayer, Protest, Peace,” featuring wordless, screaming vocals by Roach’s future-wife Abbey Lincoln. But the album is full of equally galvanizing moments, such as “Freedom Day” and the percussive fusillade “All Africa.”

Shepp is perhaps the most outspokenly political and fiery of avant-garde jazz musicians. But Attica Blues, a response to the previous year’s Attica Prison riot, is as much What’s Going On as Ascension, as laden with pathos, lyricism and groove as it is with Shepp’s raw intensity.

The Revolutionary Ensemble (violinist Leroy Jenkins, bassist Sirone and drummer Jerome Cooper) was a freeform trio, and free though Vietnam is, it’s also quite tonal-melodic, even deliberate. There’s little of the chaos we associate with the Vietnam War. The implication is that the death and destruction were actually methodical-an idea that continues to resonate today.

In line with many resourceful jazz practitioners, Gilad Hekselman responded to the enforced isolation of the COVID-19 pandemic with a turning-lemons-to-lemonade attitude that ultimately eventuated … END_OF_DOCUMENT_TOKEN_TO_BE_REPLACED

It was the 1950s. Bebop had established itself as the new paradigm of jazz, but its newest popular variant, “cool jazz” or “West Coast jazz,” … END_OF_DOCUMENT_TOKEN_TO_BE_REPLACED

Session players have always been my thing. Not to take away from the singers or bandleaders or what have you, but I’m more interested in … END_OF_DOCUMENT_TOKEN_TO_BE_REPLACED

Walter Smith III has been burning the candle at both ends. As he connected with JazzTimes via Zoom from a New York City hotel room … END_OF_DOCUMENT_TOKEN_TO_BE_REPLACED