Skip to content
Become a member and get exclusive access to articles, live sessions and more!
Start Your Free Trial
Home > Features > JazzTimes 10: Songs for a Jazzier Halloween

Jazz certainly loves its autumn leaves, going by its taste in standards. And its plaintive, twilight horns can sound like so many gusts of wind, denuding a belt of trees and sending us home for pumpkin pie. If you’re at all like me, one of your deeper, quieter pleasures of each year is striding through the early portion of an October night, tang of smoke in the air, darkness having descended, and entering the jazz club for a rousingly contemplative set. Feels a lot different than it does in summer, doesn’t it? Feels apropos, like cider down the gullet as a child on an apple-picking field trip, or the first slice into orange construction paper when you’re helping your kid whip up her fall decorations.

To children, jazz music can just sound scary, deliciously so; to adults, it’s more complicated. Horns have a knack for suggesting funerals, of course, but since many of us have probably never been to a funeral with horns doing their thing, the association doesn’t hit as close to the bone of our personal experiences. Still, have you ever noticed how the right bluesy, wailing horn section sounds perfectly spook-engineered to aid a ghost in cutting a rug? My vision of a desired future includes a house by the sea, guests arriving for a Halloween party, nothing but jazz on the stereo, and friends inquiring, “Why, who is that? What a wonderfully sinister song!”

Chances are excellent that the following pieces would be on that macabre dream playlist: 10 jazzy ingredients—we can call them songs—for adding spice to your Halloween witches’ kettle, loosening up your graveyard dance party, and tricking out your mausoleum sound system.

Keeper of the crypt, rattle the jazzy bones!

Listen to a Spotify playlist featuring most of the tracks listed in this JazzTimes 10: 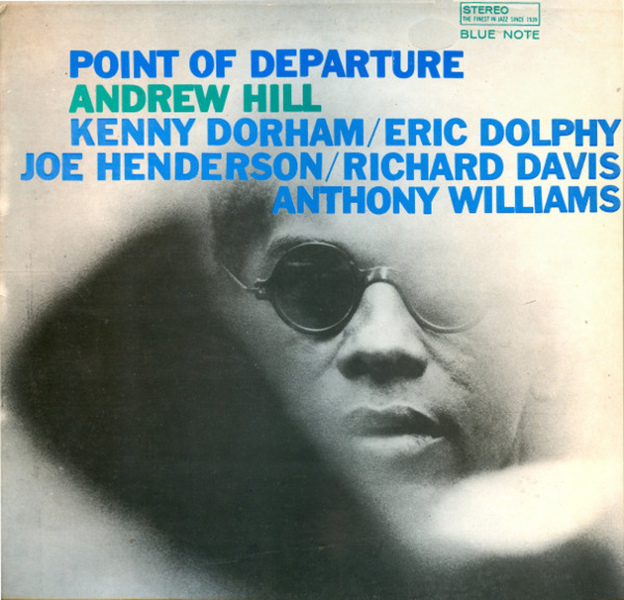 You know when someone says, “Do you want to hear something amazing?” and you say, “Hit me!” Well, this is the jazz-terror version of that: You gonna get hit. I almost didn’t include this cut because, like they used to say in the ads for old horror movies, it might be too terrifying. Do not be fooled by the title, which suggests an homage, because here the tribute being paid is the coin of the realm—the scrip of the human soul—that gets chucked into the abyss. Fingers crossed it comes back out again, or at least dug up as buried treasure. Hill had wanted to call the song “Cadaver.” Eric Dolphy, having one of his finest moments on record—perhaps his finest session as a non-leader—cried in the studio after a take. We begin here because this goes back to the Celtic rites of Samhain, proto-Halloween festivity symbolizing that the harvest is done, son, now you better dig in for some darkness. Dance with Mr. A.H., and you might see yourself through.

Ever since I was in the 7th grade, I have had a passion for jazz. I have always listened to and enjoyed a wide variety … END_OF_DOCUMENT_TOKEN_TO_BE_REPLACED

“My overall goal is trying to figure out how to connect the languages of jazz and classical to make an interesting and engaging performance, and … END_OF_DOCUMENT_TOKEN_TO_BE_REPLACED

We calculated our top 40 new releases of 2022 based on year-end lists by our writers. They were asked to choose the 10 best new … END_OF_DOCUMENT_TOKEN_TO_BE_REPLACED

We calculated our top 10 historical/reissue recordings of 2022 based on year-end lists by our writers. They were asked to choose the five best historical … END_OF_DOCUMENT_TOKEN_TO_BE_REPLACED