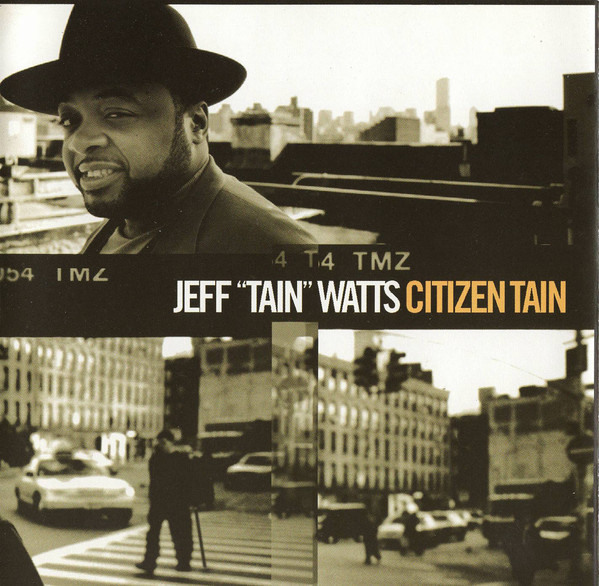 The most thunderous jazz drummer since Elvin Jones, Jeff “Tain” Watts is a perpetually percolating engine of power, brains, wit, humor, and raging swing. Tain came to popularity with the bands of Wynton and Branford Marsalis, but by the time of his own official debut album he needed no front man for validation. Citizen Tain blasts off with “The Impaler,” a juggernaut of Afro-Cuban assault and airy swing bravado, Tain stomping toms, bass drum, cymbals, and the other musicians as they struggle to survive and not, well, be impaled. As pleasureful as Tain’s explosions is his sturdy time-keeping; he sails like a rugged schooner on the trail of killer whales in the Atlantic. The lovely “Pools of Amber” and “MLK Shake-Up Call” provide brief respite, which is soon cast off with the Coltrane-ish “Sigmund Groid” and the mischievous closing message “Blutain’s Big Adventure.” Tain’s Bar Talk, Folk’s Songs, Wattify, and Travel Band - Detained in Amsterdam are equally required listening.

When I started listening to jazz, as a kid growing up in rural Ohio, I got pretty lucky choosing my first few records. A Dizzy … END_OF_DOCUMENT_TOKEN_TO_BE_REPLACED

A few weeks before the release of Connect, Charles Tolliver’s first new recording in 13 years, the trumpeter and composer is home in New York … END_OF_DOCUMENT_TOKEN_TO_BE_REPLACED

You are reading the words of an Andrew Hill fanatic. The kind who has spent years poring over his music, track by track. And why … END_OF_DOCUMENT_TOKEN_TO_BE_REPLACED