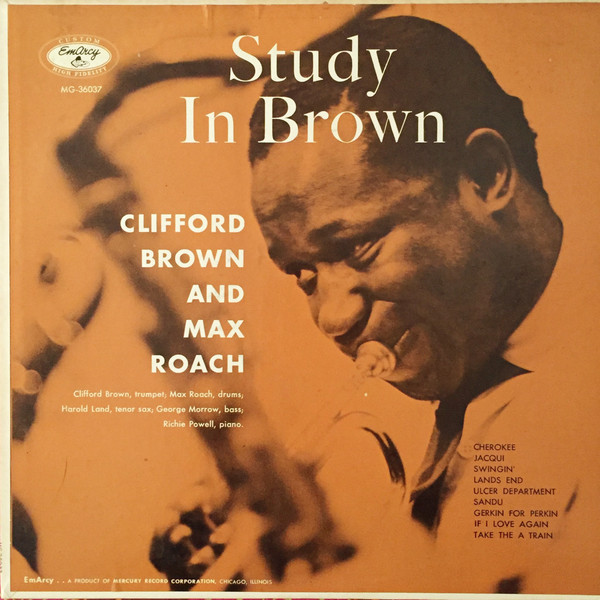 One of the most cerebral yet visceral of all jazz drummers, Max Roach brought great skill and fierce intelligence to bebop, then expanded his role for the decades that followed. From the civil-rights era call to action We Insist! to the M’Boom ’80s orchestral masterpiece Collage, he pushed jazz to some of its greatest heights. Study in Brown is a watershed moment. The drummer matches the master trumpeter bar for bar, his streamlined, propulsive time-keeping like a cool blast of air at 400 RPM. Roach’s drums are very well-recorded for a mid-’50s release, making it easy to relish the burning “Cherokee,” its ride cymbal and snare dancing cleanly and delicately as “Brownie” blows fusillades of trumpet brilliance. Roach’s brief solo spot here is a master class in form, dynamics, speed, musicality, and soul.

When I started listening to jazz, as a kid growing up in rural Ohio, I got pretty lucky choosing my first few records. A Dizzy … END_OF_DOCUMENT_TOKEN_TO_BE_REPLACED

A few weeks before the release of Connect, Charles Tolliver’s first new recording in 13 years, the trumpeter and composer is home in New York … END_OF_DOCUMENT_TOKEN_TO_BE_REPLACED

You are reading the words of an Andrew Hill fanatic. The kind who has spent years poring over his music, track by track. And why … END_OF_DOCUMENT_TOKEN_TO_BE_REPLACED