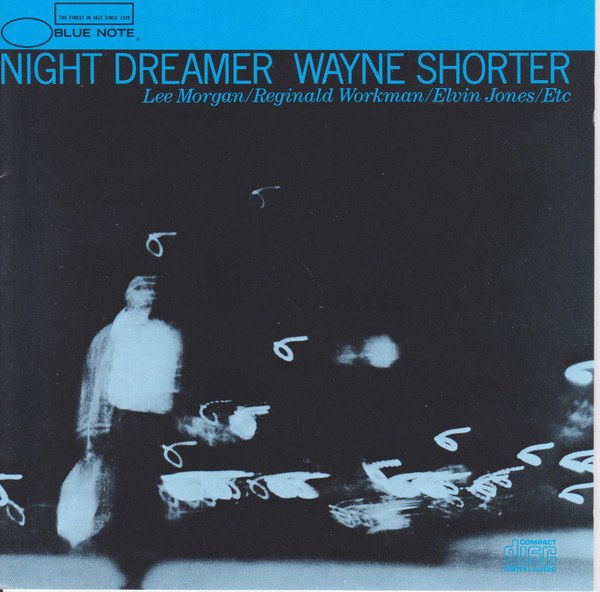 Though he’s best known for his tumbling, triplet-based fulminations with John Coltrane’s classic quartet, Elvin Jones’ drumming on Wayne Shorter’s Night Dreamer is equally profound. To hear him navigate the intense dynamic shifts and melodic sorcery of these six songs is to hear a drummer as savant and seer. A Rosetta Stone in the art of dynamics, Jones is magical throughout, starting with the title track, its subtle 3/4 cadence held aloft by the drummer’s simmering ride cymbal and snare pulsations. Shorter’s solo opens the door through which Elvin explodes, his drums rocking, rolling, catapulting like a master boxer’s fists in flight. “Black Nile” charges out of the gate via Jones’ sandstorm-like buzz roll, and he launches ensuing sections with acerbic jabs and pops. The humid, otherworldly “Virgo” allows his brush mastery to shine, prodding the music with delicate lashings that sound like the wind. His playing keeps growing in intensity, plateau after plateau.

When I started listening to jazz, as a kid growing up in rural Ohio, I got pretty lucky choosing my first few records. A Dizzy … END_OF_DOCUMENT_TOKEN_TO_BE_REPLACED

A few weeks before the release of Connect, Charles Tolliver’s first new recording in 13 years, the trumpeter and composer is home in New York … END_OF_DOCUMENT_TOKEN_TO_BE_REPLACED

You are reading the words of an Andrew Hill fanatic. The kind who has spent years poring over his music, track by track. And why … END_OF_DOCUMENT_TOKEN_TO_BE_REPLACED