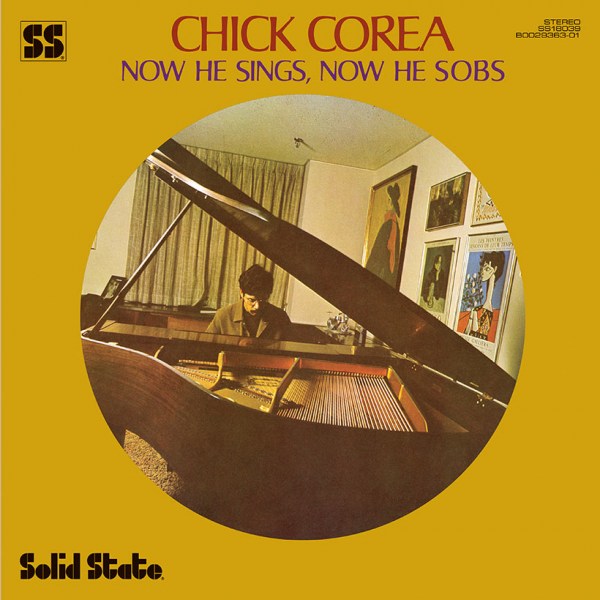 Roy Haynes—one of the few living earthlings to have played with Charlie Parker, Sarah Vaughan, Bud Powell, and Lester Young—is a true original. His drumming seems to have no precedent. His own Out of the Afternoon and We Three are jazz benchmarks, and so is Chick Corea’s Now He Sings, Now He Sobs, also featuring bassist Miroslav Vitous. The music on this album is disruptive, changing shape at every turn. It features the flat ride sound that became one of Haynes’ trademarks, as heard in “Steps – What Was” and “Matrix,” where he charges, drags, glides, and propels Corea’s sparkling piano. Haynes’ use of the hi-hat as an independent voice meshing with the entire kit (or not at all) is well documented here. His innovation in using the entire drum set as a percussive force beyond mere timekeeping still shocks.

When I started listening to jazz, as a kid growing up in rural Ohio, I got pretty lucky choosing my first few records. A Dizzy … END_OF_DOCUMENT_TOKEN_TO_BE_REPLACED

A few weeks before the release of Connect, Charles Tolliver’s first new recording in 13 years, the trumpeter and composer is home in New York … END_OF_DOCUMENT_TOKEN_TO_BE_REPLACED

You are reading the words of an Andrew Hill fanatic. The kind who has spent years poring over his music, track by track. And why … END_OF_DOCUMENT_TOKEN_TO_BE_REPLACED