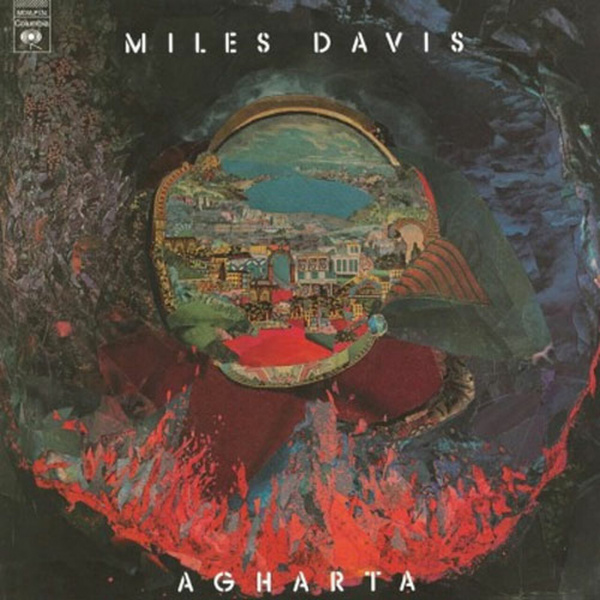 The bone-rattler! The skull-crusher! The volume-bringer! The opinion-divider. Personally, I like a record that makes you say, “Are you kidding me?” This double album was sourced from an afternoon show on February 1, 1975, in Osaka’s Festival Hall, with the evening’s set in turn birthing fellow double-album Pangaea. If ever there was discordant funk—which seems at first like an oxymoron—this is it. Davis was all kinds of painters with his horn, his compositions, his bands, and here’s Miles the Abstract Expressionist via the ancient rumblings of the earth. You know how people say that a house settles? This set makes me think of the continents themselves falling into place and anchoring roots at the bottom of the ocean. The timorous will wish to sit this one out.

In line with many resourceful jazz practitioners, Gilad Hekselman responded to the enforced isolation of the COVID-19 pandemic with a turning-lemons-to-lemonade attitude that ultimately eventuated … END_OF_DOCUMENT_TOKEN_TO_BE_REPLACED

It was the 1950s. Bebop had established itself as the new paradigm of jazz, but its newest popular variant, “cool jazz” or “West Coast jazz,” … END_OF_DOCUMENT_TOKEN_TO_BE_REPLACED

Session players have always been my thing. Not to take away from the singers or bandleaders or what have you, but I’m more interested in … END_OF_DOCUMENT_TOKEN_TO_BE_REPLACED

Walter Smith III has been burning the candle at both ends. As he connected with JazzTimes via Zoom from a New York City hotel room … END_OF_DOCUMENT_TOKEN_TO_BE_REPLACED