3. In Person Friday and Saturday Nights at the Blackhawk, Complete (Legacy, 2003) 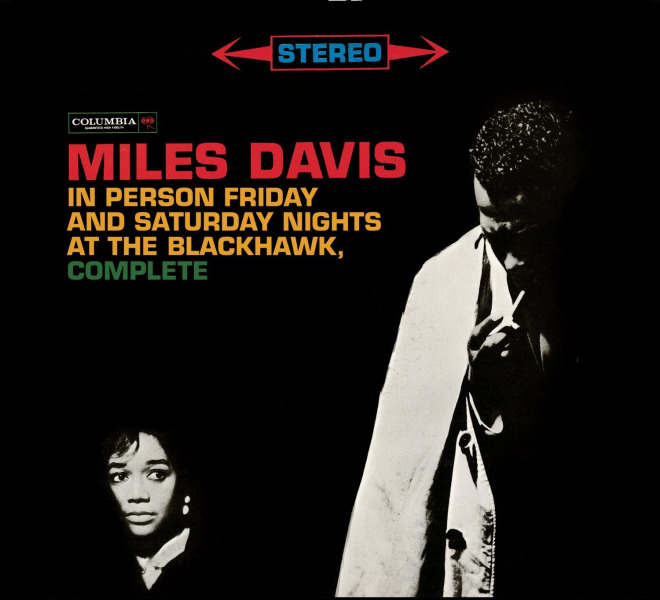 I’m going to break what would appear to be a Miles Davis commandment, which decrees that one must say the tenor saxophonist he worked best with was either Coltrane or Shorter. For me, Hank Mobley is in the conversation, a statement that would probably have drawn Davis’ ire. The April 1961 Blackhawk dates were originally issued in chopped form: sets truncated, songs cherry-picked and, worst of all, Mobley’s parts largely butchered. It took the reissue of all the music from these two San Franciscan nights to create a classic. It’s the same quintet that will appear the next month at Carnegie Hall, but this is their more natural element. Mobley wasn’t intimidated by Davis, but you can tell that he was keen on raising his own game within this particular crucible. My feeling is that Davis is annoyed that Mobley isn’t Trane, but how do you not respect someone who plays at Mobley’s level? They were never a long-term match, but we’ve all paired well with someone we’d know but for a short time. And when you look back, do you ever wish it never happened? Or are you grateful for the experience? Still, this is more than “mere” experience—it’s art, and the memory seems to belong as much to the future as it does the past. Another voyage of discovery waiting to be taken.

In line with many resourceful jazz practitioners, Gilad Hekselman responded to the enforced isolation of the COVID-19 pandemic with a turning-lemons-to-lemonade attitude that ultimately eventuated … END_OF_DOCUMENT_TOKEN_TO_BE_REPLACED

It was the 1950s. Bebop had established itself as the new paradigm of jazz, but its newest popular variant, “cool jazz” or “West Coast jazz,” … END_OF_DOCUMENT_TOKEN_TO_BE_REPLACED

Session players have always been my thing. Not to take away from the singers or bandleaders or what have you, but I’m more interested in … END_OF_DOCUMENT_TOKEN_TO_BE_REPLACED

Walter Smith III has been burning the candle at both ends. As he connected with JazzTimes via Zoom from a New York City hotel room … END_OF_DOCUMENT_TOKEN_TO_BE_REPLACED