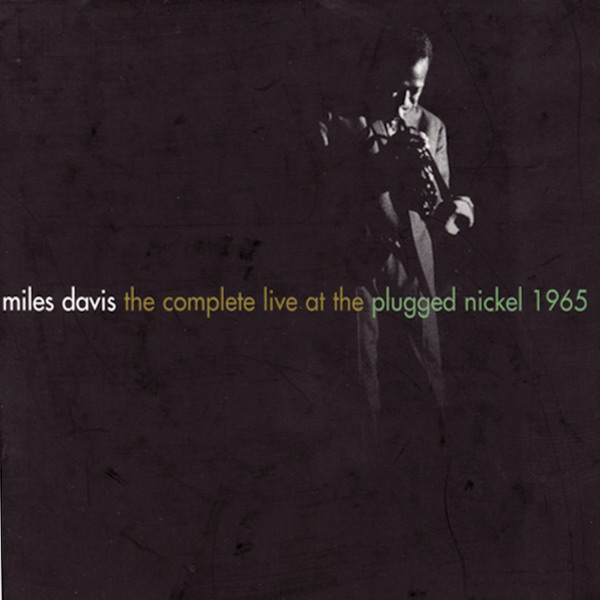 The best writers—I’m talking the prosesmiths, the storytellers—understand what it means to have something “in there” in a given work. That is, it’s not spelled out, but it isn’t merely implied; it’s present, and when the reader sees it without being told to do so, it pops and matters all the more. There must have been a magic in the air at Christmas beyond the festal variety for Davis. For here he is, in the season of the Yule, at the Plugged Nickel in Chicago, December 22-23, 1965. The Second Great Quintet has fully arrived, fully jelled. Learn how to listen to the music spread across these seven sets, and you’ll discover that the bop years are in there. Ditto the modal years. The died-and-went-to-heaven riffology of the electric years burbles. The populist chamber music worthy of the blue-collar clubgoer as well as the intellectual courtier of high-minded ideas. There are faint tremors of the funkified days to come. The shifting tectonic plates—subtly rendered—of the sonic maximalism that will follow a decade later in Japan. It’s a half-truth that a band is only as strong as its drummer—we can all think of top combos with a less-than-elite percussionist—but if that was a point you had to make as though your life depended upon it, turn to Tony Williams on this box set. Davis was the polestar who needn’t assert his star-ness; his assertion was always the music. Williams is the clean-up hitter of his lineup, but the trumpeter set the tables for him—provided, we might say, the opportunity that is waiting to be taken within this complex, but always inclusive, music. In the end, it’s only fitting to do what Davis himself so often did, and recapitulate our theme: other level.

In line with many resourceful jazz practitioners, Gilad Hekselman responded to the enforced isolation of the COVID-19 pandemic with a turning-lemons-to-lemonade attitude that ultimately eventuated … END_OF_DOCUMENT_TOKEN_TO_BE_REPLACED

It was the 1950s. Bebop had established itself as the new paradigm of jazz, but its newest popular variant, “cool jazz” or “West Coast jazz,” … END_OF_DOCUMENT_TOKEN_TO_BE_REPLACED

Session players have always been my thing. Not to take away from the singers or bandleaders or what have you, but I’m more interested in … END_OF_DOCUMENT_TOKEN_TO_BE_REPLACED

Walter Smith III has been burning the candle at both ends. As he connected with JazzTimes via Zoom from a New York City hotel room … END_OF_DOCUMENT_TOKEN_TO_BE_REPLACED