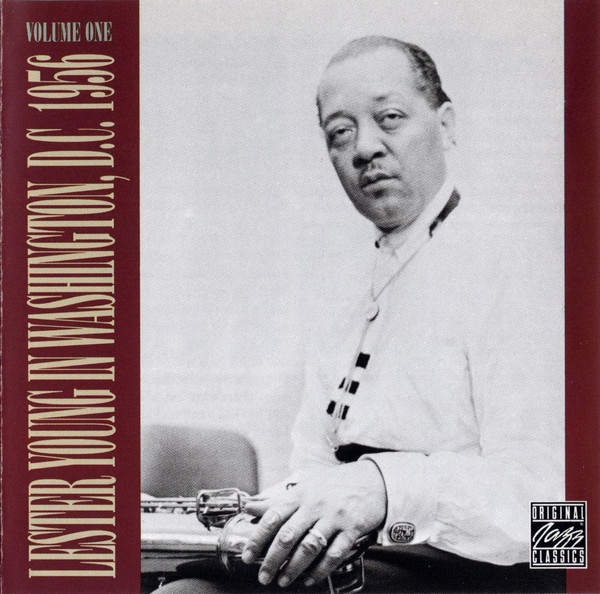 The ’50s were a rough time for Lester Young, as his longtime alcoholism caught up with him and led to a dissipation both musical and personal. His recordings were wildly inconsistent, and he was finally hospitalized in late 1955. However, a year later, playing with a local pickup band in Washington, D.C., he is close to the top of his game. “D.B. Blues,” an original that Pres had first recorded in 1945 (and named for the Detention Barracks in which he’d been confined before his dishonorable discharge from the Army), had a form that became the template for rock & roll: three blues choruses, with an eight-bar bridge (based on the one from “I Got Rhythm”) between the second and third. All told, Young plays five choruses of this form, three of them improvised—which translates to nine perfect, deep-in-the-well blues choruses.