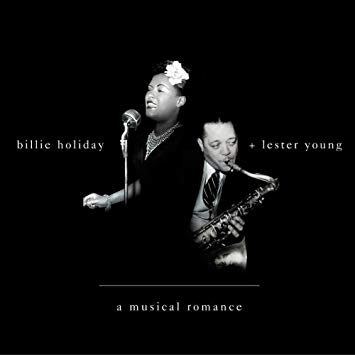 Young’s recorded legacy with Billie Holiday began just weeks after the Jones-Smith session. “Without Your Love” is from their fourth studio outing together, and an exquisite example of the synergy shared between Pres and Lady Day (the nicknames they gave each other, which would be adopted by the wider jazz world). The saxophonist’s solo space comes at the very beginning of the record: three bars and change. From there his role becomes that of Holiday’s shadow. Each of her lines gets a silky-smooth underscore, and where Billie is a bit of a belter in these early days, Young’s phrases are cool and sinuous. Even as the track closes, and the other two horn players (trumpeter Buck Clayton and clarinetist Edmond Hall) throw some more juice into the mix, Young is relaxed, detached, and thoroughly beautiful.

We all know the big names of Blue Note Records—Coltrane, Rollins, Monk, Davis, Silver, Blakey, Hancock, Shorter, and so on—as well we should. But what … END_OF_DOCUMENT_TOKEN_TO_BE_REPLACED

Not only is Jackie McLean my musical hero, but in many ways he is my musical father. I met him as a senior in high … END_OF_DOCUMENT_TOKEN_TO_BE_REPLACED

During the Blue Note at Sea cruise in late January, Don Was, famed record producer and president of Blue Note Records, sat down with one … END_OF_DOCUMENT_TOKEN_TO_BE_REPLACED

The crisis is upon us. The music community is upended. Each of us reprioritizes what we do and re-navigates how we do it. David Gilmore, … END_OF_DOCUMENT_TOKEN_TO_BE_REPLACED