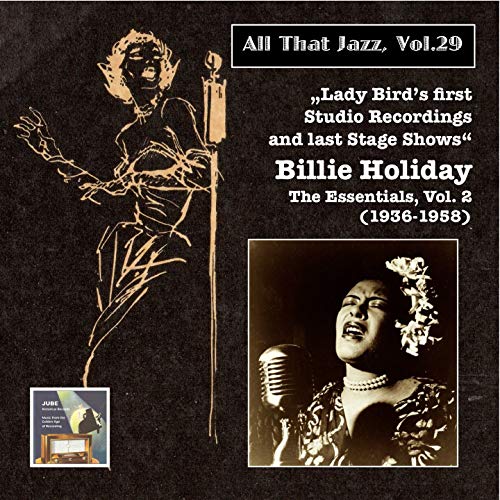 There is little to add to the legend of this performance from the 1957 CBS-TV special The Sound of Jazz: how Young and Holiday hadn’t spoken in years, how they kept their distance from each other during the rehearsals for the broadcast, how the ailing Young was coaxed at the last minute to stand for his solo during Holiday’s blues “Fine and Mellow,” how they locked eyes during Pres’ single 12-bar chorus. “The solo is so solidly constructed,” wrote critic Gary Giddins, “that after you’ve heard it a couple of times, it becomes part of your nervous system, like the motor skills required to ride a bicycle.” The Sound of Jazz had an accompanying LP release, but Young’s solo there is distant, phoned-in; the TV version is hard to find on record, but easily worth the effort.

Eddie Harris [saxophonist/keyboardist/vocalist, 1934-1996] means everything to me. I feel like if Eddie Harris wasn’t there, my life quality would have been completely different. He … END_OF_DOCUMENT_TOKEN_TO_BE_REPLACED

To use an age-old (but appropriate) simile, choosing the top 10 recorded examples of jazz drumming is like trying to pick your favorite child. Each … END_OF_DOCUMENT_TOKEN_TO_BE_REPLACED

This year marks the 50th anniversary of JazzTimes—and you can help us celebrate. We’re compiling a feature for our upcoming 50th-anniversary issue on the top … END_OF_DOCUMENT_TOKEN_TO_BE_REPLACED