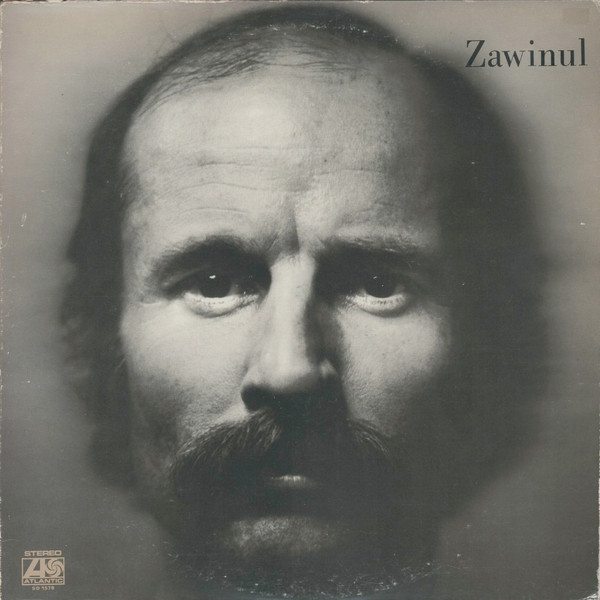 Like his future Weather Report partner Shorter, Joe Zawinul also made a pre-WR electric album. This one cut a higher profile than Shorter’s and was clearly the work of the man who wrote “In a Silent Way” for Miles, with its creeping mellowness. (It also features trumpeter Woody Shaw doing a spot-on impression of Miles Davis, though that might just be the echo effect talking.) For that matter, “In a Silent Way” actually appears on the album, achieving the same sort of dreamy stasis as the original, with none other than Shorter playing soprano sax (Shaw and flutist George Davis share the front line). The moody black-and-white cover portrait of Zawinul tells quite a bit of the album’s story; Zawinul uses the same sort of chiaroscuro in its textures, especially the thick stew of side two, where Zawinul’s lush acoustic piano, Herbie Hancock's electric piano, or Hubert Laws’ flute cut through the low arco drone of bassists Walter Booker and Miroslav Vitous. (The closing “Arrival in New York,” however, is all shadow and no light.) The album was in many ways the real aesthetic launchpad for Weather Report, and an audacious masterpiece in its own right.

Jim Keltner is, in two words, a legend, since the 1960s one of America’s most in-demand session drummers, lending not only impeccable chops but an … END_OF_DOCUMENT_TOKEN_TO_BE_REPLACED

Gregory Porter got a late start as a recording musician, but that was because he was busy flexing his chops on a culinary stage. His … END_OF_DOCUMENT_TOKEN_TO_BE_REPLACED

The sound that Horace Silver pioneered in the ’50s and ’60s—for a while, all but synonymous with the sound of Blue Note Records—is for many … END_OF_DOCUMENT_TOKEN_TO_BE_REPLACED

If you want to find out how good your sound system is, the worst way to do it is to play your favorite jazz albums. … END_OF_DOCUMENT_TOKEN_TO_BE_REPLACED