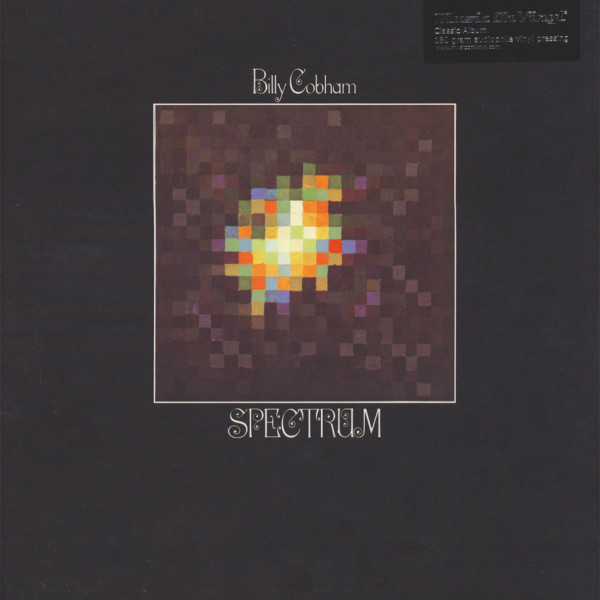 The high-adrenaline playing of drummer Billy Cobham sets the tone for Spectrum, on which every element—chops, aggression, tempo, blues, rock, funk, solo excursions—is throttled up to 11. Actually, make it 14. Listening, for example, to the title track, one quickly loses track of the subdivisions Cobham is playing (and in the next tune, “Anxiety,” you’ll forget the count before 15 seconds are out). Guitarist Tommy Bolin, on “Quadrant 4” and “Taurian Matador,” has all the makings of the muscular power guitarist he would become when he joined Deep Purple in 1975, and keyboardist Jan Hammer is at his flashiest and most bravura when he doubles himself on electric piano and Moog. The linchpin of Spectrum, of course, is the long and chilly “Stratus”—which encapsulates the spooky murk of Bitches Brew and its ilk in one surprisingly hooky 10-minute stretch. Hammer opens with a sinister line of Moog fuzz; Cobham follows with an ostentatious drum flex; then comes guest Lee Sklar’s irresistible bass simmer with Hammer, Bolin, and Cobham working out on top.

Jim Keltner is, in two words, a legend, since the 1960s one of America’s most in-demand session drummers, lending not only impeccable chops but an … END_OF_DOCUMENT_TOKEN_TO_BE_REPLACED

Gregory Porter got a late start as a recording musician, but that was because he was busy flexing his chops on a culinary stage. His … END_OF_DOCUMENT_TOKEN_TO_BE_REPLACED

The sound that Horace Silver pioneered in the ’50s and ’60s—for a while, all but synonymous with the sound of Blue Note Records—is for many … END_OF_DOCUMENT_TOKEN_TO_BE_REPLACED

If you want to find out how good your sound system is, the worst way to do it is to play your favorite jazz albums. … END_OF_DOCUMENT_TOKEN_TO_BE_REPLACED