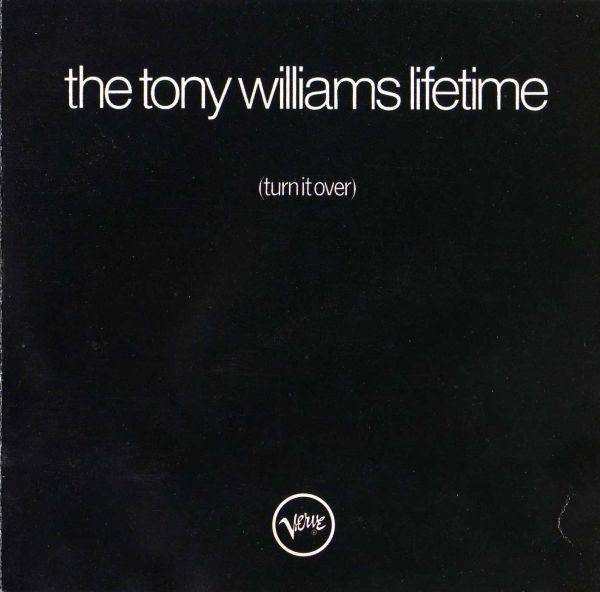 Tony Williams, the percussion prodigy who had been Miles Davis’ working drummer for the previous seven years, didn’t appear on Bitches Brew. But guitarist John McLaughlin and organist Larry Young, Williams’ partners in his own fusion band Lifetime, did. They’re joined on Turn It Over (Lifetime’s second album, after 1969’s Emergency!) by former Cream bassist Jack Bruce, and perhaps for that reason it’s a bluesier, more rock-inclined album, closer to Jack Johnson, Davis’ followup to Bitches Brew. Yet it still has something of the latter’s gloomy atmospherics—thanks largely to Young’s fearsome long tones and wobbly distortions. Not to mention his psychedelic, dissonant harmonies, which are powerful: On the vocal tracks “This Night This Song,” “Once I Loved,” and “A Famous Blues,” they singlehandedly prevent the tracks from settling on a form, despite the presence of Williams’ singing. Then again, the churning, pulsing work of McLaughlin (here with plenty of overdrive to bring out the Hendrix in him), Bruce, and Williams himself is hard to diminish.

Jim Keltner is, in two words, a legend, since the 1960s one of America’s most in-demand session drummers, lending not only impeccable chops but an … END_OF_DOCUMENT_TOKEN_TO_BE_REPLACED

Gregory Porter got a late start as a recording musician, but that was because he was busy flexing his chops on a culinary stage. His … END_OF_DOCUMENT_TOKEN_TO_BE_REPLACED

The sound that Horace Silver pioneered in the ’50s and ’60s—for a while, all but synonymous with the sound of Blue Note Records—is for many … END_OF_DOCUMENT_TOKEN_TO_BE_REPLACED