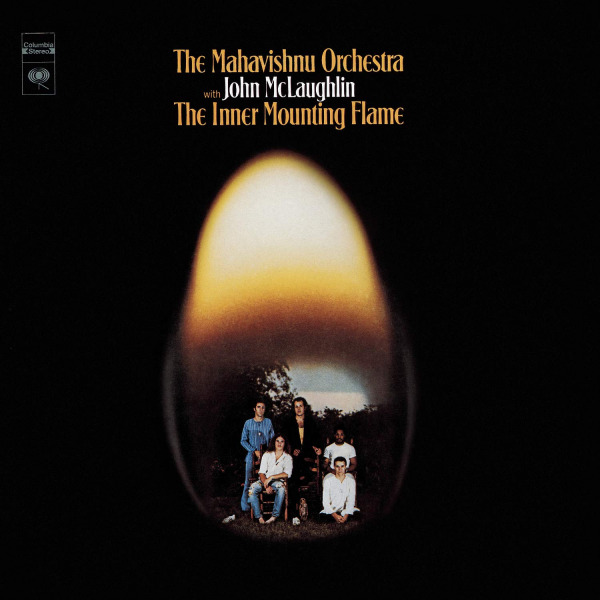 It’s no stretch to say that guitarist John McLaughlin was the breakout star of the Bitches Brew project. (Miles clearly thought so, having named a track on the album for him.) McLaughlin next led the Mahavishnu Orchestra to international acclaim and success. Mahavishnu’s heavy guitar and lack of horns led many to consider the band prog-rock with jazz accents rather than full-on jazz fusion; that argument is a valid one. Yet their debut, The Inner Mounting Flame, is naturally descended from Bitches Brew. The dark roar of organ, drums, bass, and guitar at the album’s opening (“Meeting of the Spirits”) all but announces that heritage, with the slow funk of “Dawn” and the bluesy voodoo of “The Dance of Maya” confirming it. Moreover, if tracks like “The Noonward Race” find McLaughlin and company in fairly blatant Hendrix-ian territory, let it be remembered that Jimi Hendrix was both a friend and influence of Davis’. After their second album, 1973’s Birds of Fire, McLaughlin absolutely did double down on Mahavishnu’s prog side. At their beginning, however, the band were still steeped in Miles’ black magic.

Jim Keltner is, in two words, a legend, since the 1960s one of America’s most in-demand session drummers, lending not only impeccable chops but an … END_OF_DOCUMENT_TOKEN_TO_BE_REPLACED

Gregory Porter got a late start as a recording musician, but that was because he was busy flexing his chops on a culinary stage. His … END_OF_DOCUMENT_TOKEN_TO_BE_REPLACED

The sound that Horace Silver pioneered in the ’50s and ’60s—for a while, all but synonymous with the sound of Blue Note Records—is for many … END_OF_DOCUMENT_TOKEN_TO_BE_REPLACED

If you want to find out how good your sound system is, the worst way to do it is to play your favorite jazz albums. … END_OF_DOCUMENT_TOKEN_TO_BE_REPLACED