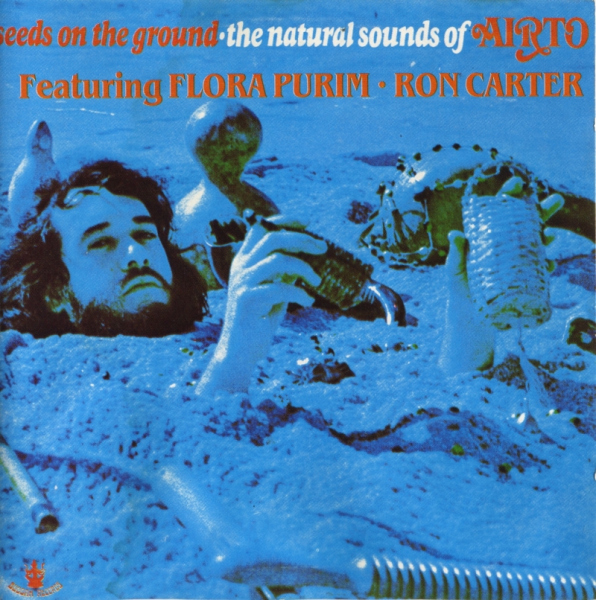 Careful readers will have noticed how frequently Airto Moreira has appeared on this list. His virtuoso Brazilian percussion was a staple of fusion in the ’70s and beyond, a brilliant and efficient way of injecting both polyrhythms and world music into the mix. So why not go straight to the horse’s mouth? His second album tops even Return to Forever in its warm, welcome accessibility, even in its swampier, Bitches Brew-ier moments like “O Sonho,” which quickly coalesces into lyricism courtesy of the great keyboardist Hermeto Pascoal and vocalist (and Moreira’s wife) Flora Purim. Elsewhere it evokes the Tropicália movement that had recently transformed Brazil’s pop scene; Pascoal’s “Papo Furado” is a page out of the Os Mutantes or Caetano Veloso discographies. Yet the two-part epic “Branches of the Rose Tree” is the album’s most sublime, ambitious, flat-out joyous moment. It’s not often mentioned among Miles Davis’ progeny, but Seeds on the Ground is perhaps the beginning of what we now call “world fusion.”

Jim Keltner is, in two words, a legend, since the 1960s one of America’s most in-demand session drummers, lending not only impeccable chops but an … END_OF_DOCUMENT_TOKEN_TO_BE_REPLACED

Gregory Porter got a late start as a recording musician, but that was because he was busy flexing his chops on a culinary stage. His … END_OF_DOCUMENT_TOKEN_TO_BE_REPLACED

The sound that Horace Silver pioneered in the ’50s and ’60s—for a while, all but synonymous with the sound of Blue Note Records—is for many … END_OF_DOCUMENT_TOKEN_TO_BE_REPLACED

If you want to find out how good your sound system is, the worst way to do it is to play your favorite jazz albums. … END_OF_DOCUMENT_TOKEN_TO_BE_REPLACED