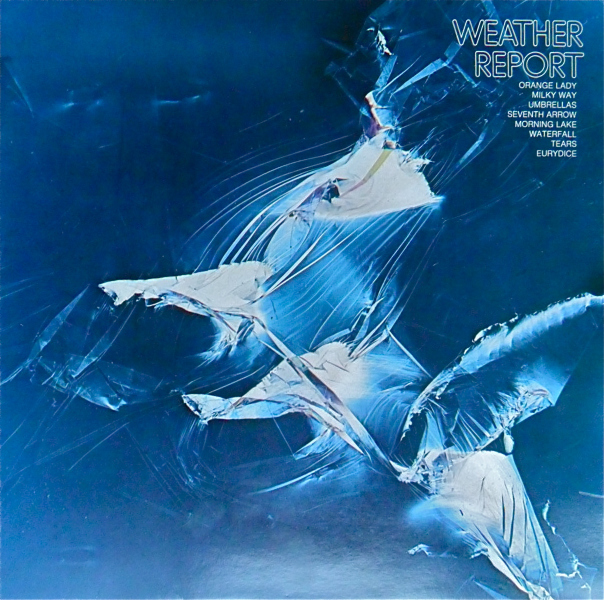 Aside from Miles’ own followups, no other albums channel Bitches Brew’s moody experimentalism like Weather Report’s. Small wonder, since the band was co-led by saxophonist Wayne Shorter and keyboardist Joe Zawinul, both major voices on the August 1969 Miles sessions. That said, Weather Report is thoroughly original. Atop the funky rhythms are mysterious, psychedelic, ethereal soundscapes. Shorter’s soprano and Zawinul’s Fender Rhodes bleed into the mix like watercolors, even when both are screaming. Meanwhile, bassist Miroslav Vitous often blunts the edges of the grooves with acoustic upright bass (as on his own “Seventh Arrow”). It’s not all funk, either; the band swings mightily on Shorter’s “Eurydice.” In either case, Weather Report’s secret weapon—especially on side two—is the percussion combination of Airto Moreira and Don Alias, both uncredited and both fellow Bitches Brew alumni.

Ever since I was in the 7th grade, I have had a passion for jazz. I have always listened to and enjoyed a wide variety … END_OF_DOCUMENT_TOKEN_TO_BE_REPLACED

“My overall goal is trying to figure out how to connect the languages of jazz and classical to make an interesting and engaging performance, and … END_OF_DOCUMENT_TOKEN_TO_BE_REPLACED

We calculated our top 40 new releases of 2022 based on year-end lists by our writers. They were asked to choose the 10 best new … END_OF_DOCUMENT_TOKEN_TO_BE_REPLACED

We calculated our top 10 historical/reissue recordings of 2022 based on year-end lists by our writers. They were asked to choose the five best historical … END_OF_DOCUMENT_TOKEN_TO_BE_REPLACED