Jelly Roll Morton was the first musician of any kind—and what a kind he was—who made me ask myself, “Is this guy for real?” The question was tiered. There was Morton’s boasting for a start: If something existed in the early days of jazz, he laid claim to creating it. Do you recall that old Disney cartoon about Pecos Bill and he’s roping tornadoes? The man born Ferdinand Joseph LaMothe in the New Orleans autumn of 1890 was a tall tale incarnate, his own hagiographer, who would have seen old Pecos as humdrum and not sufficiently assertive. Morton invented ragtime, jazz, hell, you name it, and would be the first to tell you, having done so after bestowing upon himself a stage name that referenced the female anatomy in what was then the sauciest way possible. The modern version might be terming yourself Clit Dawg, or some such. You get the idea.

Having learned about Morton as a mid-teen, I did a double take, because he reminded me of all the friends I had who’d try and put you on with their own tall tales of last weekend. Only you knew, and they knew, that they were lying, whereas Morton effused conviction.

Then there was the second tier to the question. Here we find Morton—shock of shock—mostly speaking truth and not being a hyperbole guy at all. If he didn’t outright invent jazz, he was nonetheless charred with the solar dust of its big bang. As his baseball contemporary Dizzy Dean—another eccentric with a ridiculously high peak—noted, it ain’t braggin’ if it’s true.

Morton played in brothels, and if ever there was a fellow to bridge the gap between low and high art, it was he, while positing that they weren’t that different at all. This was an era when jazz was cheap and lowdown—or so believed the more delicate element in American society—but you couldn’t deny Morton’s talent. I think of him like I do Buster Keaton in his 1920s prime. Screen comics are almost never singled out as timeless artists like the dramatists, but that was one apple cart that Keaton overturned and busted up for firewood in his way, just as Morton did in this first crucial, full-flowering era of jazz; only he’d pelt you with a few of the apples too, so you’d be reminded with whom you were dealing.

He sang like a bluesman, played piano with the chops of an Art Tatum—when he wished—and put the barrel in barrelhouse, for he came at you hard, rolling downhill, and when his music hit you, you stayed hit.

Morton remains as real and scuzzy as a punk rocker, but if you were Glenn Gould and you heard him do a piano workout, you’d think you better practice extra hard that night, to maintain pace. Along with Louis Armstrong, he is the key figure of 1920s jazz. Armstrong turned into a Modernistic mage, which was not Morton’s concern; he stayed in that New Orleans sonic crucible, in all of his musical permutations—it was the root of his chord. If you are someone who associates jazz with that classic Crescent City sound—with that spiciness we all identify within a single bar—then Morton may well be the purest expression of jazz we have had or will have. I don’t know. He’s up there, though. Since he’s not here to tell us about 10 of his best tunes—or, as I prefer to call them, works of art—then this particular C-Dawg will step into the breach.

[Scroll down to read more] 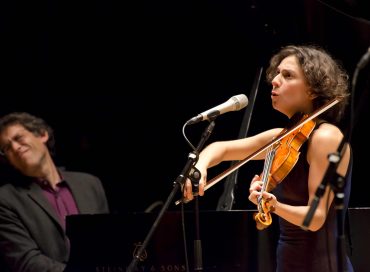 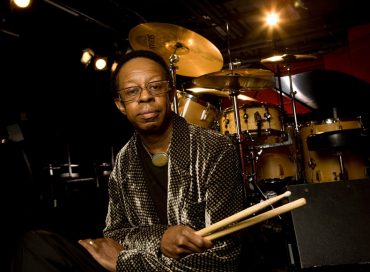 The last year has seen Louis Hayes notch a number of estimable career achievements. In July, he was named an NEA Jazz Master, an honor … END_OF_DOCUMENT_TOKEN_TO_BE_REPLACED

A Venn diagram of Kirk Knuffke’s musical production would be complicated to decipher. Born and raised in Colorado, mentored by the late Ron Miles, Knuffke moved … END_OF_DOCUMENT_TOKEN_TO_BE_REPLACED

In an interview with Wayne Enstice and Janis Stockhouse in Jazzwomen: Conversations with Twenty-One Musicians more than 20 years ago, pianist/composer Joanne Brackeen described herself … END_OF_DOCUMENT_TOKEN_TO_BE_REPLACED