When it comes to symbiosis, jazz and cinema aren’t exactly the clownfish and the sea anemone. Cinema asks us to travel with our eyes, to use them as portals to other times and places, whether real or imagined. Jazz, on the other hand, is aural storytelling, transporting you via your ears both to a distant land brought into being by the creativity of others and to the inner continent of what makes you uniquely you.

But there have been times at the cinema—at screenings of Orson Welles’ Citizen Kane or Jacques Tourneur’s Out of the Past—when I have shut my eyes, letting the sound of the story, the dialogue, the ambience, wash over me, a sonic river, and I have thought, “You know, this is pretty jazzy, it’s a little like how I feel when Eric Dolphy takes a bass clarinet solo, or Bud Powell has decided it’s time to lovingly spar with Bird.”

There is a lot of energy in jazz—a rare and underrated quality. Ditto cinema. The more dynamic a work of art, the more energy it possesses. Think of Godard, the original Star Wars, Bride of Frankenstein, Howard Hawks’ Rio Bravo—rippling energy in all of them. Jazzy.

Buddy Bolden is the most elusive musician in jazz’s fecund history. What would you do for a cylinder of his music? For me, such a cylinder numbers among the great grails, like a tape of the Beatles at the Cavern Club in 1961, or a ghostly recording of Robert Johnson playing for some friends at a 1930s barbecue. Fortunately, Bolden may now come to feel a little less elusive—thanks to the recent film that bears his name. So as Bolden gradually enters the consciousness of moviegoers, let’s take a look at those richest, most visually sonorous and musically euphonious moments when the energy of jazz crossed with the energy of film and left us in wonder. 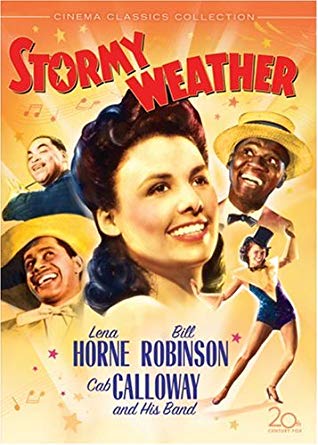 1. Stormy Weather (1943)
An all-black cast, which was an energetic—and admirable—thrust forward in and of itself in terms of societal respect and equity. And what a glee-inducer of a movie!  Parlous precipitation of the title aside, there are no glooms here. Fats Waller and Cab Calloway appear as themselves; the latter belts like his lungs are small continents, and Waller’s playing attests that even someone like Thelonious Monk must have spent a long time listening to him. Has a pianist ever traded in so much flat-out ebullience? He died a short time after the movie’s release, which doesn’t seem possible after you’ve seen him in it.

In line with many resourceful jazz practitioners, Gilad Hekselman responded to the enforced isolation of the COVID-19 pandemic with a turning-lemons-to-lemonade attitude that ultimately eventuated … END_OF_DOCUMENT_TOKEN_TO_BE_REPLACED

It was the 1950s. Bebop had established itself as the new paradigm of jazz, but its newest popular variant, “cool jazz” or “West Coast jazz,” … END_OF_DOCUMENT_TOKEN_TO_BE_REPLACED

Session players have always been my thing. Not to take away from the singers or bandleaders or what have you, but I’m more interested in … END_OF_DOCUMENT_TOKEN_TO_BE_REPLACED

Walter Smith III has been burning the candle at both ends. As he connected with JazzTimes via Zoom from a New York City hotel room … END_OF_DOCUMENT_TOKEN_TO_BE_REPLACED