Yes, of course Charlie Parker with Strings makes the list. It’s the wellspring, the album from which all the other “with strings” albums came. It’s also the most famous (and, in Bird’s lifetime, his biggest hit).

The subgenre that it created, though, was bigger even than Parker. Jazz-with-strings was a fecund enough concept to bring in older musicians of previously established styles. It became a ground for experimentation in later styles, even the avant-garde. It even had effects on jazz musicians who never worked with strings. (Consider: Without Charlie Parker with Strings, could there have been a Sketches of Spain?)

Influence aside, jazz with strings just made for plain-old great music. And it still does. Here is a decalogue of the best. 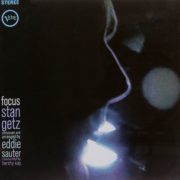 The standard complaint about jazz-with-strings albums, that the strings are treacly and overwrought, is one that could never be applied to Focus. Eddie Sauter’s orchestrations behind Stan Getz are cinematic, loaded with drama and paced with tension you could cut with a knife. (“Once Upon a Time,” the album’s penultimate track, is a self-contained suspense in its own right.) Getz’s playing against the strings goes beyond sympathetic to symbiotic: Neither element on “I Remember When,” for example, could operate without the other. “Pan” comes close to the beautiful-music sound that strings haters dread, but even that is ultimately just a slow burn to a climax. Getz considered Focus his best work; he is not wrong. It’s also the finest jazz-with-strings album ever produced.

In line with many resourceful jazz practitioners, Gilad Hekselman responded to the enforced isolation of the COVID-19 pandemic with a turning-lemons-to-lemonade attitude that ultimately eventuated … END_OF_DOCUMENT_TOKEN_TO_BE_REPLACED

It was the 1950s. Bebop had established itself as the new paradigm of jazz, but its newest popular variant, “cool jazz” or “West Coast jazz,” … END_OF_DOCUMENT_TOKEN_TO_BE_REPLACED

Session players have always been my thing. Not to take away from the singers or bandleaders or what have you, but I’m more interested in … END_OF_DOCUMENT_TOKEN_TO_BE_REPLACED

Walter Smith III has been burning the candle at both ends. As he connected with JazzTimes via Zoom from a New York City hotel room … END_OF_DOCUMENT_TOKEN_TO_BE_REPLACED