What’s one of the best ways to make a jazz fan for life? Start early. The books listed below can help, and they’re just 10 out of many excellent jazz-related children’s books that have been published in the past quarter-century or so. No rankings here, as these titles aren’t all meant for the same age group—although kids from preschool to middle school and beyond are likely to get a kick out of each one.

Before John Was a Jazz Giant by Carole Boston Weatherford (illustrated by Sean Qualls) - Henry Holt, 2008 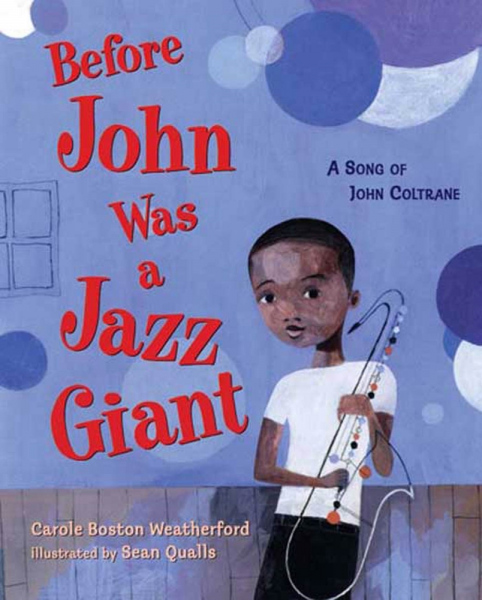 The titular John is Coltrane; Weatherford tells the story of his youth in 1930s North Carolina and how it inspired his later music. Meanwhile, Qualls works moody magic with a color palette that seems to anticipate the saxophonist’s ’50s and ’60s masterpieces.

Learn more about Before John Was a Jazz Giant on Amazon & Barnes & Noble!

I did not start seriously writing lyrics until I was in my thirties, at which time the endeavor became the centerpiece of my life. Following … END_OF_DOCUMENT_TOKEN_TO_BE_REPLACED

Nnenna Freelon recently released her 11th album and first studio album in a decade, despite—but also, in a sense, because of—her personal travails of the … END_OF_DOCUMENT_TOKEN_TO_BE_REPLACED

What better way to celebrate the 50th anniversary of a music magazine than by making a top-50 list? Given how much time we’re spending at … END_OF_DOCUMENT_TOKEN_TO_BE_REPLACED

Big bands were already a staple of jazz by the early 1920s, but it wasn’t until 1935 that they graduated from a staple to a … END_OF_DOCUMENT_TOKEN_TO_BE_REPLACED