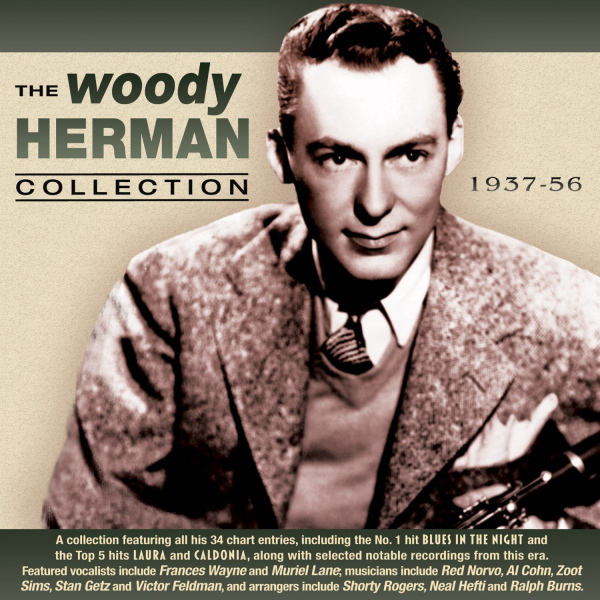 Woody Herman, like Duke Ellington, was simultaneously a star bandleader and a dweller on jazz’s cutting edge. He would commission work from Igor Stravinsky, pioneer bebop in the big-band format, and give some of jazz’s most brilliant musicians their starts. Here, though, Herman is in pure swing ballad form, taking the lead vocal himself with a surprising authenticity. It’s not the slang and the accent (though he handles both admirably and without condescension), but the use of blue notes and the rhythmic surety that makes this non-blues “Blues in the Night” seem like the real thing.

A Venn diagram of Kirk Knuffke’s musical production would be complicated to decipher. Born and raised in Colorado, mentored by the late Ron Miles, Knuffke moved … END_OF_DOCUMENT_TOKEN_TO_BE_REPLACED

In an interview with Wayne Enstice and Janis Stockhouse in Jazzwomen: Conversations with Twenty-One Musicians more than 20 years ago, pianist/composer Joanne Brackeen described herself … END_OF_DOCUMENT_TOKEN_TO_BE_REPLACED

In 2020, to celebrate JazzTimes’ 50th anniversary, we made a bold (some would say foolhardy) call: the top 50 jazz albums of the past 50 … END_OF_DOCUMENT_TOKEN_TO_BE_REPLACED

In 2020, to celebrate JazzTimes’ 50th anniversary, we made a bold (some would say foolhardy) call: the top 50 jazz albums of the past 50 … END_OF_DOCUMENT_TOKEN_TO_BE_REPLACED