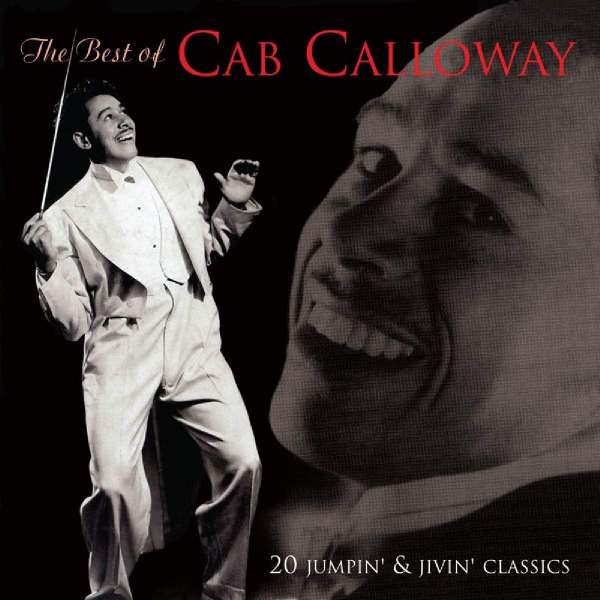 Many of the great swing bands had a featured vocalist in their ranks; it was when the singers started to become the leaders that the Swing Era began to fade into the Crooners’ Era. Cab Calloway, though, is an exception—his remarkably rhythmic vocals and inventive use of scat made him one of the originators of swing with 1931’s “Minnie the Moocher.” He was still bringing that kind of excitement and ingenuity with 1939’s “(Hep Hep!) The Jumpin’ Jive.” He opens the song with a salvo of percussive scat syllables so strong that you almost miss when he slips into English after four bars. Calloway had one of the best rhythm sections in the business (pianist Bennie Payne, guitarist Danny Parker, bassist Milt Hinton, drummer Cozy Cole) and none of them come near to swinging the way Calloway’s vocal does. (The tenor soloist, Chu Berry, does come close.) If singers would later take the jazz out of the big bands, here’s a stunning example of the singer emphatically putting the jazz into one.

Learn more about The Best of Cab Calloway on Amazon!

A Venn diagram of Kirk Knuffke’s musical production would be complicated to decipher. Born and raised in Colorado, mentored by the late Ron Miles, Knuffke moved … END_OF_DOCUMENT_TOKEN_TO_BE_REPLACED

In an interview with Wayne Enstice and Janis Stockhouse in Jazzwomen: Conversations with Twenty-One Musicians more than 20 years ago, pianist/composer Joanne Brackeen described herself … END_OF_DOCUMENT_TOKEN_TO_BE_REPLACED

In 2020, to celebrate JazzTimes’ 50th anniversary, we made a bold (some would say foolhardy) call: the top 50 jazz albums of the past 50 … END_OF_DOCUMENT_TOKEN_TO_BE_REPLACED

In 2020, to celebrate JazzTimes’ 50th anniversary, we made a bold (some would say foolhardy) call: the top 50 jazz albums of the past 50 … END_OF_DOCUMENT_TOKEN_TO_BE_REPLACED