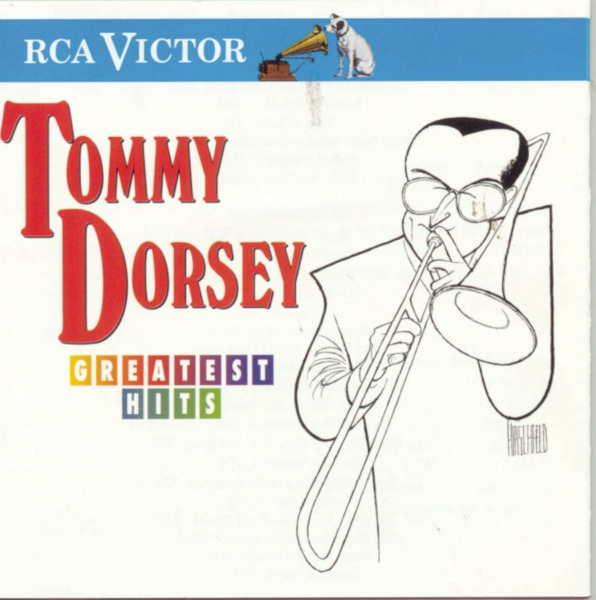 Like Glenn Miller, Tommy Dorsey was a trombonist and big-band leader who achieved enormous success; also like Miller, Dorsey was not really a jazz player. Unlike Miller, however, Dorsey wanted a jazz band, and he achieved that when he brought arranger Sy Oliver on board. Oliver wrote “Opus One” and arranged it for Dorsey; the band had already hit big with it (from radio broadcasts and live performances) when they finally recorded it in November 1944. The arrangement itself is a masterpiece, riding on a relentless but low-key riff from the reeds and countermelody from the strings. (Yes, strings.) Clarinetist Buddy DeFranco has two killer solos, while pianist Milt Golden has another; the brasses crescendo all over the place. It’s an arrangement that takes its cues from the Count Basie Orchestra: relaxed feel, riff-based section passages, high-polish brass. (It’s no coincidence that Oliver would soon become an indispensable writer for the Basie band.)

A Venn diagram of Kirk Knuffke’s musical production would be complicated to decipher. Born and raised in Colorado, mentored by the late Ron Miles, Knuffke moved … END_OF_DOCUMENT_TOKEN_TO_BE_REPLACED

In an interview with Wayne Enstice and Janis Stockhouse in Jazzwomen: Conversations with Twenty-One Musicians more than 20 years ago, pianist/composer Joanne Brackeen described herself … END_OF_DOCUMENT_TOKEN_TO_BE_REPLACED

In 2020, to celebrate JazzTimes’ 50th anniversary, we made a bold (some would say foolhardy) call: the top 50 jazz albums of the past 50 … END_OF_DOCUMENT_TOKEN_TO_BE_REPLACED

In 2020, to celebrate JazzTimes’ 50th anniversary, we made a bold (some would say foolhardy) call: the top 50 jazz albums of the past 50 … END_OF_DOCUMENT_TOKEN_TO_BE_REPLACED