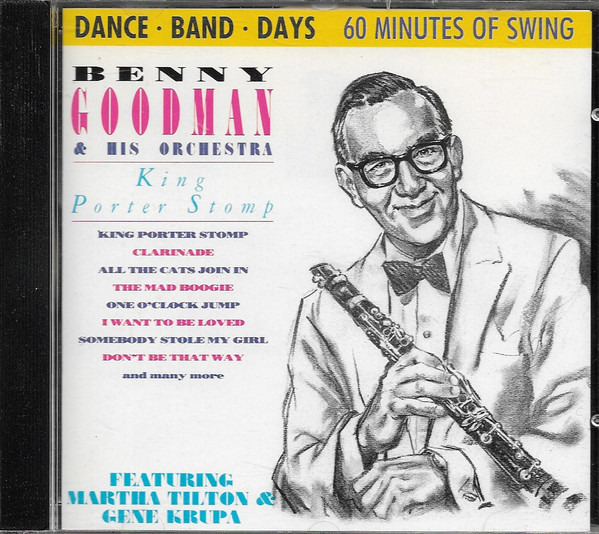 The story is too good not to repeat. The Benny Goodman Orchestra had played its way across the country in the summer of 1935, from New York to Los Angeles. It was a disaster, with Goodman broke and considering ending the band by the time they reached L.A. on August 21. Sure enough, the crowd at the Palomar Ballroom that last night paid their first set—full of stock “sweet” arrangements—little notice. But drummer Gene Krupa cornered Goodman during intermission to say, “If we’re gonna die, Benny, let’s die playing our own thing.” As the second set began, Goodman called “King Porter Stomp”—their latest record—and suddenly the crowd bought in, going crazy when trumpeter Bunny Berigan did his solo. It inaugurated the swing craze. Contrary to general belief, there is no recording of that night’s triumph, but this is the record—blazing Berigan solo and all—that those young dancers at the Palomar had been so excited to hear.

A Venn diagram of Kirk Knuffke’s musical production would be complicated to decipher. Born and raised in Colorado, mentored by the late Ron Miles, Knuffke moved … END_OF_DOCUMENT_TOKEN_TO_BE_REPLACED

In an interview with Wayne Enstice and Janis Stockhouse in Jazzwomen: Conversations with Twenty-One Musicians more than 20 years ago, pianist/composer Joanne Brackeen described herself … END_OF_DOCUMENT_TOKEN_TO_BE_REPLACED

In 2020, to celebrate JazzTimes’ 50th anniversary, we made a bold (some would say foolhardy) call: the top 50 jazz albums of the past 50 … END_OF_DOCUMENT_TOKEN_TO_BE_REPLACED

In 2020, to celebrate JazzTimes’ 50th anniversary, we made a bold (some would say foolhardy) call: the top 50 jazz albums of the past 50 … END_OF_DOCUMENT_TOKEN_TO_BE_REPLACED